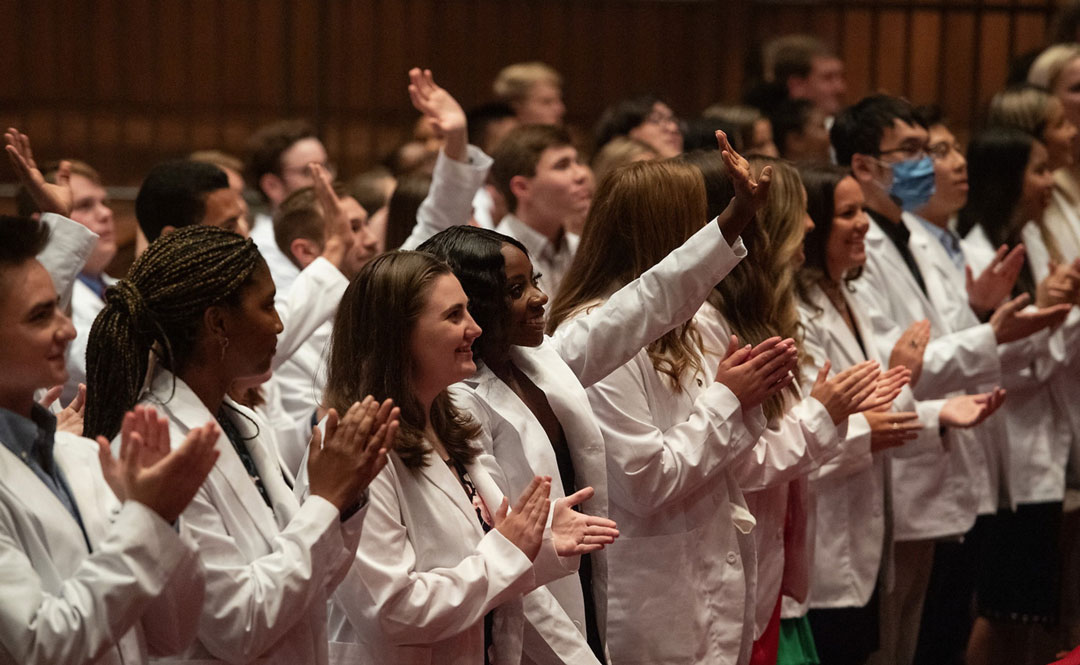 Independent pharmacist Ronnie Sullivan, who cared deeply about his customers, is being remembered with a School of Pharmacy scholarship at the University of Mississippi, his alma mater.

“Mr. Sullivan helped so many people in the practice of pharmacy during his lifetime. I wanted his legacy of giving to live on,” said David Hudson of Kosciusko, Mississippi, who with his wife, Christy, made a monetary gift to pay tribute to her father.

“Mr. Sullivan genuinely cared for his patients and their health care needs. He was more than just a pharmacist — he was a friend. He was a very compassionate and caring man. There were many times he met patients late at night to get medicine for them,” he said.

“The Hudsons have a history of supporting the School of Pharmacy, and now we are so grateful for the gift to establish the Robert Ronald Sullivan Pharmacy Scholarship,” she said. “This generous gift is a great way to acknowledge Mr. Sullivan’s contributions to the field of pharmacy and to provide support to our talented pharmacy students.

“We appreciate these scholarships as they can be life-altering and expand the opportunities available to our students.”  The Robert Ronald Sullivan Pharmacy Scholarship is set up to assist full-time P3 students enrolled in the School of Pharmacy and from the Mississippi counties of Attala, Grenada, Holmes, Wayne or Marion.

“I had no idea David and Christy had started the scholarship,” said Sullivan’s wife, Linda Rainwater Sullivan, also of Kosciusko. “I was touched that they loved ‘Poppa’ that much.”

“Ronnie would be most pleased about the scholarship; he was a very generous man. As a young boy, he attended a Christian camp where he received Jesus as his Savior. Someone in his church had paid for him to attend the camp. He spent the rest of his life giving back after someone gave to him,” Sullivan said.

When asked what she would like future scholarship recipients to know about Sullivan, she said, “Ronnie was very proud to have a pharmacy degree from the University of Mississippi. He loved people and took time to talk with them and minister to them. He came out from behind the pharmacy counter to love on them.”

Sullivan spent his early years in Marion County and moved to Waynesboro, Mississippi, when he was in the 10th grade. He was in the first graduating class of Waynesboro Central High School where he was chosen as Mr. WCHS. After graduating from Jones County Junior College, he married his high school sweetheart, Linda Rainwater. They moved to Batesville, Mississippi, where she taught school, and he attended pharmacy school at Ole Miss in nearby Oxford, Mississippi.

Sullivan graduated from pharmacy school in 1967 and began his career at the Pearl River Drug Company in Poplarville, Mississippi. In 1968, the Sullivans moved to Kosciusko and opened Sullivan’s Discount Drugs in Bailey’s Shopping Center.

He owned and operated this independent family pharmacy for more than 40 years until the Hudsons purchased it in 2009. He also opened independent pharmacies in Durant, Port Gibson, Columbus, Philadelphia and Union, Mississippi.

Sullivan was active in the pharmacy profession. He served two terms on the Mississippi State Board of Pharmacy, providing leadership for two terms as president. Additionally, he was a founding board member of the Mississippi Independent Pharmacists Association.

“His peers respected his honesty and common-sense approach to leadership,” Hudson said.

“I already knew Mr. Sullivan when I decided to become a pharmacist, as I was dating Christy at the time. I admired the success he had in life and the way he was able to take care of his family. I wanted to be able to do the same thing for my family,” the 1993 pharmacy alumnus said.

Sullivan, who died April 24, 2020, was a member of First Baptist Church for over 50 years where he served as a deacon.

“Mr. Sullivan’s relationship with Jesus was the most important thing in his life and influenced everything about him,” Hudson said. “He never forgot where he came from. He did not have much growing up and worked for everything he had. He always had a tender heart for those less fortunate and was always willing to help those in need.”

Sullivan served many years on the board of Forgotten Children Ministries in Honduras. He and his wife made numerous trips to that area and sponsored many children in this ministry. He was also active in the North Mississippi Emmaus Community, serving on the board of this ministry and a term as president. He provided leadership on many Emmaus teams and was a lay director in North Mississippi and in Koinonia.

He served on several Kairos teams at Mississippi State Penitentiary as well. He was a longtime supporter of Beautiful Feet Ministries in Fort Worth, Texas, and Complete in Christ Ministries in Kosciusko.

To make a gift to the Robert Ronald Sullivan Pharmacy Scholarship Endowment, individuals and organizations can send a check to the University of Mississippi Foundation, with the scholarship’s name written in the memo line, to 406 University Ave., Oxford, MS 38655 or online at https://nowandever.olemiss.edu.

For more information on supporting the School of Pharmacy, contact Brett Barefoot, executive director for central development, at bmbarefo@olemiss.edu or 662-915-2711.