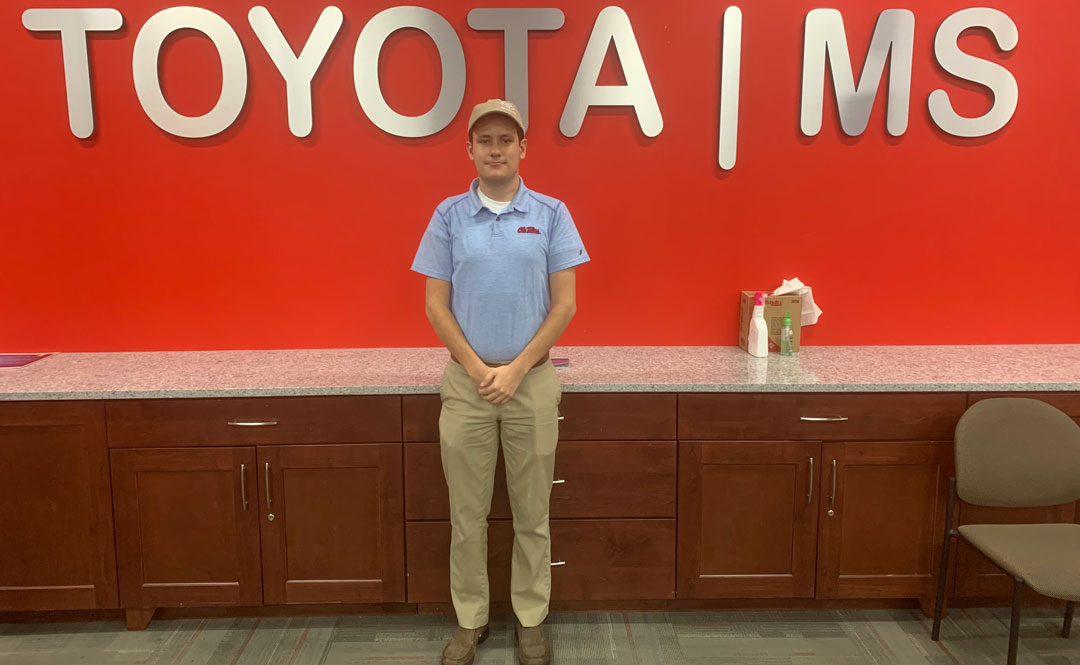 This year marks a decade since the University of Mississippi School of Engineering mourned the passing of Damon Wall, a beloved faculty member and administrator, as well as a mentor to hundreds of engineering students.

Wall, however, is still assisting current Ole Miss students and will help future engineering students for generations as a result of the scholarship Wall’s family established in his honor in the months before his death in 2012.

The Damon Wall Scholarship Endowment was initially created with a $25,000 pledge, yet Wall’s many friends and family members have continued to generously support the scholarship. Today, the endowment is valued at more than $300,000.

Wall’s three daughters, Patty Bowman of Birmingham, Alabama, Beth Touchstone of Meridian, Mississippi, and Cindy Rich of Madison, Mississippi, as well as her husband, Neal Rich, all earned degrees from the UM School of Engineering. They, along with Wall’s fourth daughter, Debbie Townsend of Alexandria, Virginia, and his son, Steven Wall of Washington, D.C., — both also UM alumni — have made regular contributions to the scholarship since it was created.

The Damon Wall Scholarship has already helped several engineering students, but many more are expected to benefit following a recent $150,000 gift made to the endowment by Cindy and Neal Rich.

“We are thankful for this generous gift from Cindy and Neal that greatly increases the Damon Wall scholarship endowment,” said David Puleo, dean of the School of Engineering.

Puleo expressed his appreciation to all members of Damon Wall’s family for supporting a variety of needs across campus, while also noting the family’s multiple connections to the state’s oldest and most respected School of Engineering and their ongoing investment in it.

Wall joined the faculty as an assistant professor of electrical engineering in 1966. During his more than 30-year tenure, he served as director of the Engineering Experiment Station, acting chair of the Department of Computer and Information Science and assistant dean.

After he retired from Ole Miss, Wall stayed active in the local community before he was diagnosed with Parkinson’s disease.

“After he got sick, my siblings and I decided the best way to honor him was to set up a scholarship for engineering students,” said Cindy Rich, who grew up in Oxford, Mississippi. “He was always very passionate about helping students.”

Rich comes from a family of engineers. Her grandfather, Russell Woodburn, was an engineer and helped establish the Sedimentation Laboratory in Oxford. Woodburn later joined the faculty in the School of Engineering and served as a member of the Oxford Board of Aldermen.

Rich, who met her husband when both were engineering students, graduated with a bachelor’s degree in civil engineering from Ole Miss in 1980, while two of her sisters, Patty and Beth, were computer science majors.

“I was in electrical engineering, and I had Professor Wall as my professor in my senior year,” said Neal Rich, the founding principal, senior engineer and managing partner of the Asset Engineering consulting firm in Canton, Mississippi.

“I was fortunate to be able to see him in the classroom as my professor and then see him outside the classroom as Cindy’s father,” he continued. “He was always smiling, and I never heard him say a negative word about anything or anyone. He was always pro Ole Miss engineering and that was inspiring.”

More recently, the family’s connections to the School of Engineering extend to a younger generation. Two of Cindy and Neal’s three children also graduated from Ole Miss with engineering degrees.

“I’ve also got an uncle and nephew who have engineering degrees so there are maybe 10 in the family associated with the School of Engineering,” said Cindy, the manager of the Structures Department for the Neel-Schaffer engineering firm’s Mississippi operations in Jackson.

By increasing their support of the Damon Wall Scholarship, the family hopes to help more engineering students like current recipient Ethan Crain.

The sophomore said his decision to pursue an electrical engineering degree at Ole Miss has already given him a wealth of real-world experience. His first internship was with Hino Motors Manufacturing, U.S.A., Inc. in Marion, Arkansas, and he is devoting his co-op semester this spring to Toyota Motor Manufacturing Mississippi in Blue Springs.

“At Ole Miss, I have not only been able to gain the classroom knowledge needed to land my dream job, but I’ve been able to get experiential learning opportunities and develop professionally while working internships and co-ops in the manufacturing industry,” Crain said.

Having access to the resources provided by the Damon Wall Scholarship played a crucial role in Crain being able to take advantage of these experiences, he said.

“Last summer, I found a last-minute internship in Memphis,” Crain said. “Thanks to the Damon Wall Scholarship, I had the financial freedom to secure housing and move to a different state on very short notice.

“To the donors who established this scholarship, I want to say thank you for the profound impact you are having on both my life and the community I am so blessed to be a part of,” he said.

The family wants to assist students with limited financial resources.

“Cindy’s father worked summers wiring homes for electricity so he could get his electrical engineering degree. Professor Wall was like so many students are today who need some help to fulfill their dreams,” Neal Rich said.

Gifts to the Damon Wall Scholarship Endowment support Now & Ever: The Campaign for Ole Miss, a historic fundraising initiative to secure $1.5 billion in private gifts to strengthen the university for generations to come.

Individuals and organizations can make gifts to the Damon Wall Scholarship Endowment by sending a check with the designation noted in the memo line to the University of Mississippi Foundation, 406 University Ave., Oxford, MS 38655; or online at https://www.umfoundation.com/makeagift.

For more information on supporting the School of Engineering, contact Greg Carter at gjcarter@olemiss.edu or 662-915-3087; or online at https://nowandever.olemiss.edu.