skip to Main Content
Scholarship Established in School of Pharmacy 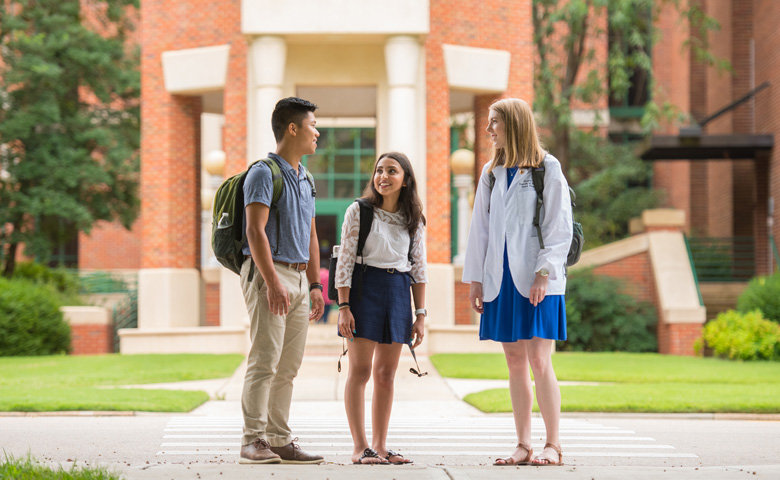 Private support provides critical resources to help the UM School of Pharmacy ensure that its students enjoy the best education and research opportunities.

Gladys Garrett’s gift to the University of Mississippi’s School of Pharmacy will not only change students’ lives but perhaps the future of the health and pharmaceutical industry as graduates enter the field.

Garrett’s gift of $100,000 to the university establishes the Gladys & M. Lynn Garrett Pharmacy Scholarship Endowment, honoring her late husband, a 1949 UM graduate. In appreciation of Garrett’s gift, the pharmacy school will name a conference room in the couple’s honor.

Though Garrett did not attend the university herself, she said she has “wonderful memories” of being part of the Ole Miss community and living in Oxford while her husband completed his degree.

“It was right after the war. Everybody was kind and everybody wanted to meet each other,” Garrett remembered. “I worked as a hairdresser while Lynn was in class. I stayed as busy as I could, taking care of the girls who were going to college.”

Garrett and her husband met in Chapel Hill, Tennessee, where they were both raised. After graduation, the couple moved to Nashville, Tennessee, where he established Garrett Drugstores with his brothers, while she took care of their two sons at home. By the late 1960s, Lynn Garrett had his own drugstore, which he eventually sold to another Ole Miss graduate, Keith Shelly.

Garrett hopes the scholarship will “help a young person who would not be able to go to Ole Miss otherwise.”

And it will, said Donna Strum, dean of the School of Pharmacy: “This gift opens opportunities for increased personal and professional development, research experiences, and more community outreach — all of which improve the future of public health.

“We are so thankful to Gladys Garrett for her commitment,” Strum continued. “Her support allows our school’s aspiring health care leaders to thrive and pursue their goals.”

Development officer Sally Rychlak noted that this gift is the most recent of several that Garrett has made to the school.

“Gladys has been a generous supporter over the years, and now she is leaving her and her husband’s legacy at the School of Pharmacy,” she said. “Conference room 105C will forever hold the name of Gladys and M. Lynn Garrett. We greatly appreciate both her past and present gifts.”

The Gladys & M. Lynn Garrett Pharmacy Scholarship Endowment is open to gifts from individuals and organizations. Send a check, with the endowment noted in the memo line, to the University of Mississippi Foundation, 406 University Ave., Oxford, MS 38655, or give online at https://nowandever.olemiss.edu.

For more information on supporting the School of Pharmacy, contact Sally Rychlak, development officer, at sallyr@olemiss.eduor 662-915-3084.