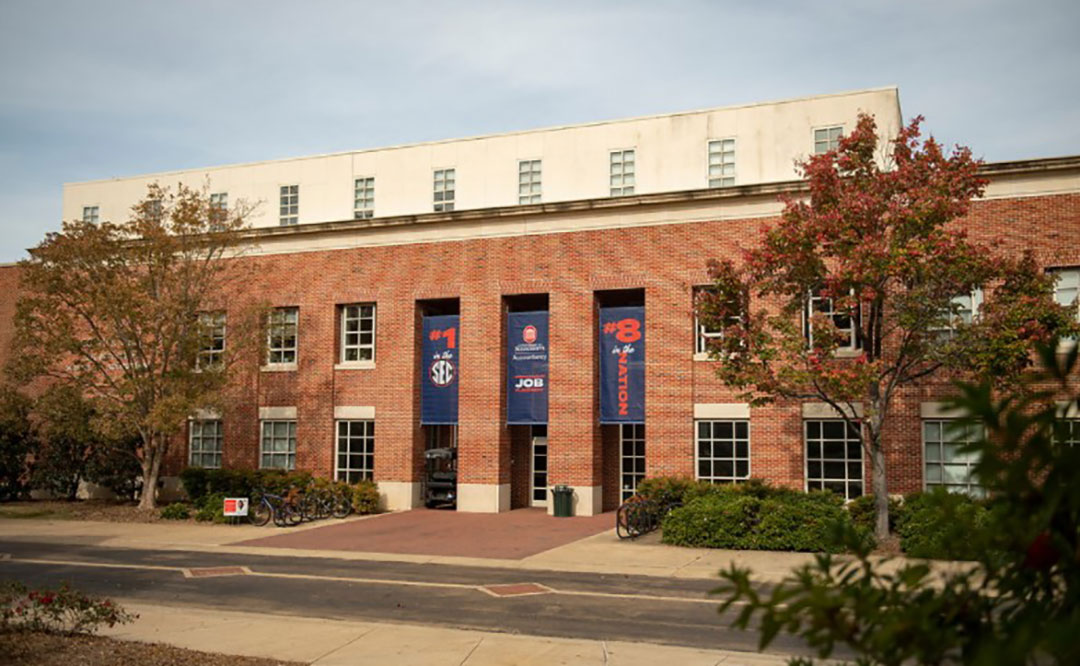 Thanks to private gifts from donors like Larry Hardy, the Patterson School of Accountancy will move from its current location on Business Row to new construction at the corner of Grove Loop and University Avenue.
Photo by Logan Kirkland.

When Larry Hardy graduated from the University of Mississippi School of Accountancy in 1969, he knew he wanted to provide a similarly excellent education for others by making a positive impact on his alma mater.

With $50,000 to the Patterson School of Accountancy Building Fund, his most recent of many gifts to the program will help shape new construction for the school that shaped his life during his time on the Oxford campus.

“The new building will be in a prime location on campus and will provide our school an opportunity to pursue our aspirational goal of having the top accounting program in the nation,” said Dean Mark Wilder. “Over a long period of time, Larry has been one of our most faithful and loyal donors, and we appreciate his support of this truly transformational opportunity for the Patterson School.”

Hardy, a Memphis resident, attributes his successful career in tax accounting to the education he had at Ole Miss.

“The teachers I had, Gene Peery and Jimmy Davis, were some of the best teachers I think anybody could have,” he said. “I’ve always felt obligated to give back to the university in some way, giving tribute to the faculty the school had at the time, all of whom did a tremendous job.”

Born and raised in Columbus, Mississippi, Hardy originally planned to major in electrical engineering. Realizing he felt lost, he ultimately found his way to the business school, where he was spotted by Davis and Peery as having the potential to succeed in accountancy.

“It was solely because of them that I became an accountant,” Hardy said. “I wasn’t the only one they encouraged into the field. Their enthusiasm for the profession made a lot of people go into accounting. They just knew how to spot potential.”

After graduation, Hardy worked at Ernst & Young for 31 years, becoming a partner at the company. He later became vice president of tax for AutoZone before retiring in 2006.

In recognition of Hardy’s gift, the school will honor its alumnus with the Larry Hardy Dean’s Suite Conference Room to be located in the new building at the corner of University Avenue and Grove Loop.

“The new home for the Patterson School will be one of the finest buildings on our campus,” said Jason McCormick, director of development. “It’s a big undertaking, and we could not do it without support from our alumni like Larry. We are extremely grateful for not only this gift but also for his support of the Patterson School of Accountancy throughout the years.”

Patterson School programs have been ranked in the top 20 in the nation by the Public Accounting Report each year since 2008. Earlier this year, Big4AccountingFirms.org released a list of the “50 Best Accounting Schools in the USA,” and the Patterson School was ranked No. 8 nationally and No. 1 in the SEC.