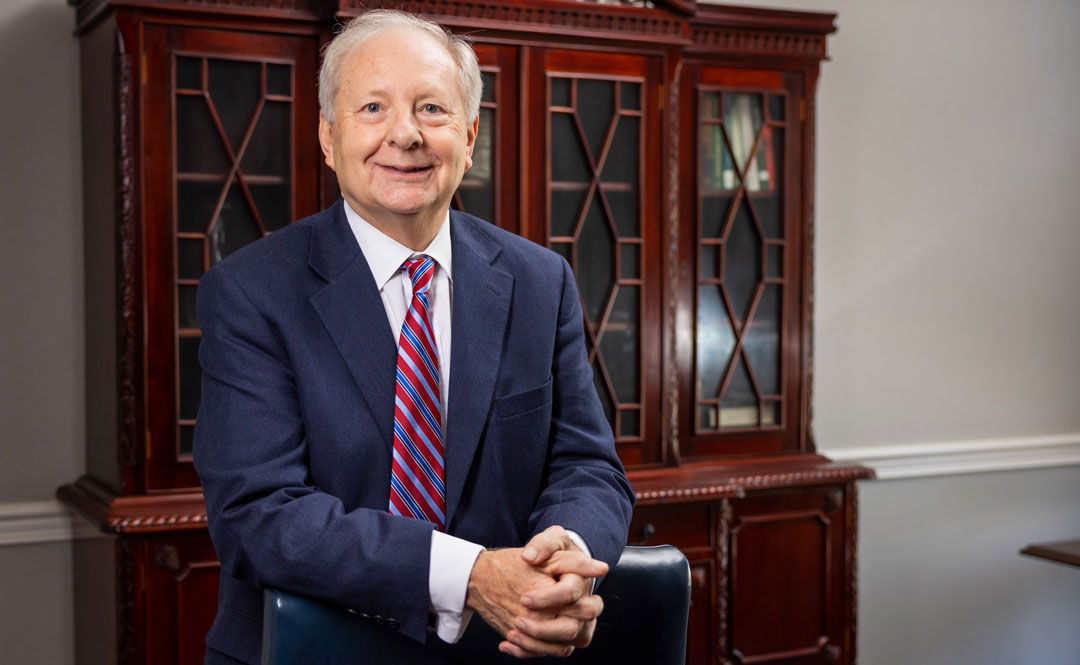 “I want it to inspire them to realize that they’re playing for more than just a win or a loss or for personal glory,” said Geno, who earned a bachelor’s degree and juris doctor degree from the university in 1975 and 1978 respectively. “They’re playing in honor of a lot of people who’ve gone before them.”

One of those people is Craig Geno Jr., who was shot to death at age 17 when he entered a friend’s home in 1996 unaware that a robbery was in progress. The case remains unsolved.

Geno Sr., a lawyer in Ridgeland, Mississippi, has made a $500,000 gift to Ole Miss Athletics that will be honored with his son’s name gracing the entrance to the men’s locker room at the Sandy and John Black Pavilion at Ole Miss. The teen had planned to attend Ole Miss, study broadcast journalism and one day follow David Kellum as the new “Voice of the Rebels.”

“I hope, when the basketball players realize that God saw fit not to let Craig become the play-by-play guy, it will inspire them to dig a little bit deeper when they come in from the first half and see his name. Maybe if they haven’t had such a good first half, they’ll come out and play harder in the second half,” said Geno, who played basketball in high school.

“Maybe these student-athletes will be inspired to reach goals above and beyond what they might ordinarily do because of the people who’ve gone before them and the people who’ve sacrificed to put their name in their locker room who are now up above watching them play.”

“I am extremely honored by this gift and I know Coach Davis is humbled by it as well,” Carter said. “I have enjoyed getting to know Craig and greatly appreciate his longtime loyalty to Ole Miss. It’s especially heartening that he chose to honor his son by supporting our student-athletes with such a generous gift.”

As a boy, for many years, Geno attended a summer basketball camp run by Davis’ father. Much later, Geno and his son watched Carter play for the Rebels in some of the hundreds of Ole Miss games the two enjoyed together.

“We went to every SEC venue in the ’90s except for Kentucky. We followed the team around,” Geno recalled. “Craig Jr. was a very avid basketball fan.”

Ironically, the father and son had planned to attend the Ole Miss-Florida basketball game on UM’s Oxford, Mississippi, campus the day Geno Jr. died, but a newspaper misprint of the game time prevented them from making the trip.

“We are deeply grateful for this significant gift from Craig and are honored to pay tribute to Craig Jr.’s life by naming our men’s locker room for him at the Sandy and John Black Pavilion. Craig has told me many times about Ole Miss trips and experiences he shared with his son, making their bond even stronger,” said Denson Hollis, associate athletics director of development and chief development officer.

“It is our hope that the Craig Geno Jr. Men’s Locker Room places a special focus on their relationship and their love of our athletics programs, especially the men’s Rebel basketball program. When Craig sees his son’s name in this facility, we hope it gives him comfort and brings back happy memories.”

At Ole Miss, Geno was a member of Delta Psi fraternity and the Moot Court Board honorary. After graduating, he began practicing law in the Jackson, Mississippi, area, where he specializes in business restructuring, financial restructuring and Chapter 11 business bankruptcy.

Geno’s daughter, Charlotte, graduated from Ole Miss in 2006. He also has a 12-year-old daughter and 9-year-old son.

This is a good project and something my family will be proud of for a long time and hopefully so will the players,” Geno said. “And if it inspires somebody to make a steal in the second half or get a three-pointer at the buzzer, that will be all good.”