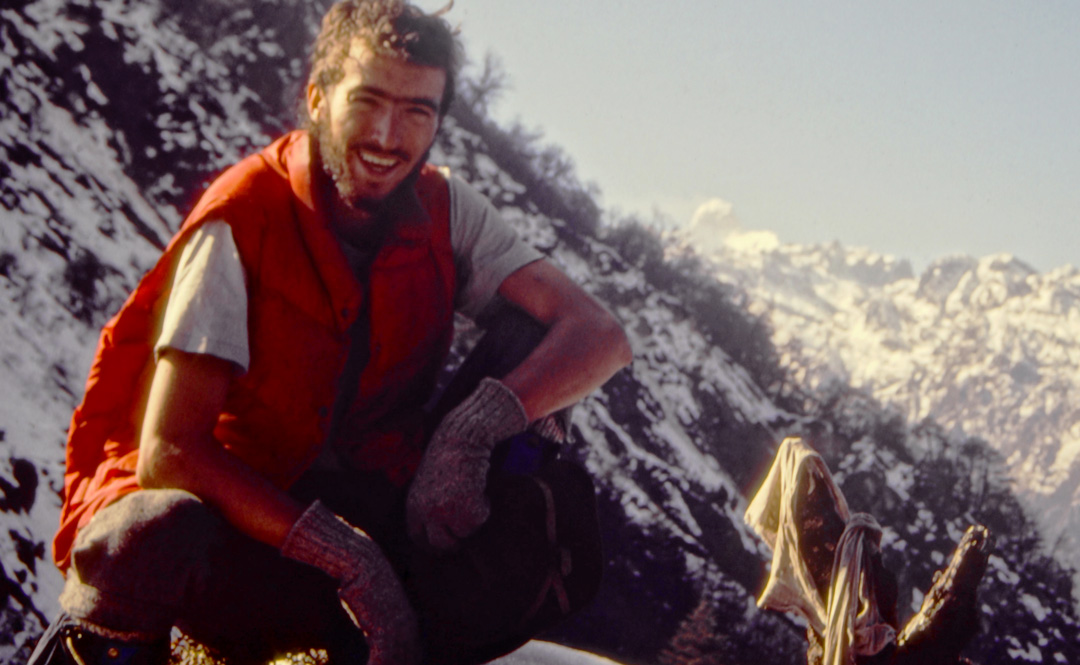 Ray Shafer’s suicide left an empty chair at the dinner table, a hole in the hearts of those who loved him, and a list of questions his family and friends will never be able to answer.

“Why wasn’t I there? Why didn’t I make one extra phone call? How did I mistake this for him just being so functional that I projected competency where there was incompetency? Because maybe I didn’t want to believe he was that sick? What more could I have done? That’s the piece for which I personally had to conquer my own demons,” said Ray Shafer’s brother Tim Shafer of Fort Collins, Colorado.

Those are questions the Shafer brothers’ mother, the late Jane Norton, hoped another family would never have to ask when she included support for suicide prevention in her estate plans. In her will, Norton left a gift to the University of Mississippi in memory of her son, who had been treated kindly at Ole Miss while traveling through campus on a cross-country motorcycle adventure in the early 1990s.

The gift established the Raymond Michael Shafer Suicide Prevention Resource Endowment, which will honor its namesake in perpetuity. The endowment also provides support for outreach, training and initiatives related to suicide prevention and the facilitation of an emotionally healthy UM community.

“She wanted her gift to Ole Miss to honor Ray because there was a lot left to wonder, such as what else would he have accomplished?” Shafer said. “I think she would want to prevent other people from going through what we did — the guilt, the questioning, the pain and suffering.”

“I can visualize the first Christmas that Ray was gone,” recalls Shafer, the fifth of six brothers; Ray was the fourth. “There was just so much quiet, so much quiet, and we were looking for excuses to laugh, just trying to make things happen.

“But you could just feel that there was this weight of making an effort to celebrate. There’s a big, round table that we had, and everybody knew when you sat down that there wasn’t all eight of us anymore.”

The Shafer boys were raised by their mathematician mom and data-physicist dad in a four-bedroom house with little privacy but lots of joy in a neighborhood they describe as Camelot surrounded by homes of similarly sized families. Everyone had an open-door policy, but kids gravitated to the Shafer home because it was ever abuzz with activity and fun.

“There were always extra guys hanging around,” Shafer remembers. “I joke that my mom and dad didn’t know how many meals to cook at night because we were always feeding somebody.”

A natural-born risk taker and free spirit, Ray Shafer frequently became the center of attention, sometimes accidentally. Like the time he intentionally bounced backwards from the family trampoline in an attempt to land on an aluminum lawn chair. The stunt won him a broken leg and crutches for the summer. He also became legendary for the time he bet his dad $10 that he could eat a massive amount of spaghetti for dinner and won, showing his satisfaction with a wide grin.

Athletically, he enjoyed martial arts. He was fascinated by engineering, art, reading and photography. And he was smart, often challenging his brothers to highly intellectual and deeply thought-provoking debates.

Additionally, Ray Shafer carried a desire for adventure into his late teens and early adult years, once talking his mother into buying him the motorcycle he rode across the United States and later a plane ticket to Nepal to explore altitudes higher than his Colorado homeland.

“He was in his early 20s and thought he could be like the Sherpas and carry 80 pounds on his back at 14,000-16,000 feet,” Shafer said. “Well, he got altitude sickness and described feeling like he was about to die, sitting underneath the ledge of a rock for two days while he had all kinds of health issues.”

True to his spirit, he rebounded and returned home along with one of the Sherpas he’d befriended.

After a semester at the University of Colorado at Boulder when he was 18, Ray Shafer lived a wanderer’s lifestyle for over seven years, traversing the United States and often sleeping on the streets among communities of the homeless.

Frank Shafer recalls an unexpected encounter with his nomadic brother during a downpour in Rico, Colorado. Hurrying into a restaurant to join clients for a business lunch and shielding his eyes from the rain, he bumped into a “scraggly looking guy in a leather biker’s coat. I made eye contact and saw that it was Ray.”

Upon asking if he could buy his brother lunch, Ray told Frank he hadn’t eaten for days.

“So we walked to the dining table. I’m in a suit and tie with this guy looking like a classic Hells Angel,” Shafer said, remembering his clients’ bewildered expressions. But after a quick explanation, they happily welcomed Ray to the table.

Somewhere along the way, Ray Shafer had developed a mental illness that progressed so rapidly that family members begged him to seek help, which he repeatedly refused.

“I’ve always wondered if oxygen deprivation played a role or was there a spiritual change that happened when he was sick in Nepal or was there a mental health switch?” Tim Shafer asked. “What was the trigger that changed him? Was it at 19? Was it 24? Was it on the motorcycle in the middle of getting so cold that his legs froze in place? What was the trigger that sent him to the place of self-destructiveness?”

Bud Edwards, director of the University Counseling Center, said a number of factors can contribute to mental illness of this sort.

“It could be partly attributed to family history, genetics or substances,” he said. “Precipitating life events can play a role or it’s more likely a combination of those factors.”

Warning signals that someone may be contemplating suicide are signs of depression, previous attempts, significant loss with respect to a death or breakup, alcohol or drug abuse, giving away possessions and talking about or making plans for suicide.

The UM Counseling Center website offers more information about suicide prevention, including advice on how to intervene on behalf of a family member or friend.

Edwards said he is grateful for Norton’s gift to the university.

“College students in particular are a high-risk demographic as onset of mental illness is typical in that early 20s age range for males; for females, symptoms tend to present a bit later,” Edwards said.

“We need to be proactive in reaching our students with awareness about suicide. This generous support will go a long way toward helping us provide that outreach and hopefully prevent instances of suicide among members of our Ole Miss community.”

Tim Shafer remembers the moment he was told of his brother’s death.

“Of course I broke down. I got over to my mom’s house where we all gathered and I walked right in and said to our youngest brother Dan, whom Ray had been living with, ‘Don’t you dare blame yourself. This was his choice.’” he said. “Well, you can say those things, but that doesn’t mean your heart is ready to believe them.

“If this gift helps one person in the first year and that person helps another and we can go two, four, eight exponentially …. Hopefully it can spread like that.”

To support the Raymond Michael Shafer Suicide Prevention Resource Endowment, send a contribution with the endowment’s name written in the check’s memo line, to the University of Mississippi Foundation, 406 University Ave., Oxford, MS 38655. Gifts can also be made online at https://give.olemiss.edu. For more information, contact development officer Brett Barefoot at 662-915-2711 or bmbarefo@olemiss.edu.