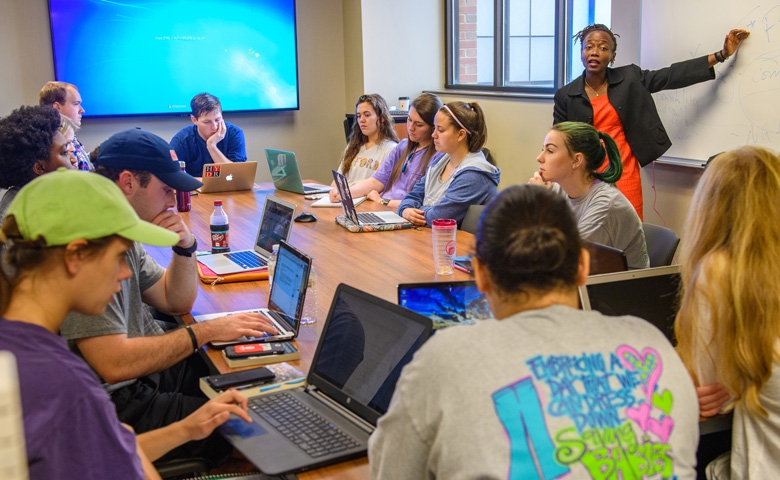 The University of Mississippi's permanent endowment grew in its latest fiscal year to an all-time high of $715 million, thanks in part to the seventh consecutive year of new gifts of $100 million or more.

"Private investments are essential to fuel the work of our flagship university," Chancellor Jeffrey Vitter said.

"The generosity of our alumni and friends ensures the university has resources needed to sustain and expand nationally prominent programs, and it enables us to deliver on our Flagship Forward strategic plan to improve learning, health and the quality of life in Mississippi. We remain grateful and inspired by their support."

Total private giving to the Oxford campus grew by 6.5 percent over the previous year. Private support for academics increased more than 10 percent.

Eighty-seven percent of the private giving will provide current funding for donor-directed areas or directly affect those areas, while the remaining 13 percent was added to the university's endowment, which also grew through returns on its investment strategies.

State support as a percentage of total revenues available for the university's operations was 12.4 percent, making private support all the more crucial.

"Ole Miss alumni and friends are making major investments that transform students' lives and continually enhance the quality of our programs," said Charlotte Parks, vice chancellor for development. "Gifts to higher education also have a far-reaching impact on the economy of Mississippi and beyond, and the resources ultimately improve the quality of life for everyone."

Healthy growth of the university's endowment reflected the increase in funds invested and managed for the university, said Wendell Weakley, president and CEO of the UM Foundation. The endowment benefited from a 10 percent return on its investments.

"The endowment has now reached the historic high of $715 million, and we are on our way to realizing our long-range goal of a $1 billion endowment," Weakley said. "We are extremely grateful to our donors who provide this permanent stable funding that can be counted on year after year and will advance the university's mission for generations to come."

Some of the largest gifts included: $5 million for the Sally McDonnell Barksdale Honors College; $4.25 million for several programs including Bridge STEM, Catalyzing Entrepreneurship and Economic Development Initiative, College Ready Literacy, Center for Mathematics and Science Education, First Generation Scholars, Principal Corps, Upstart in the School of Dentistry and more; $4 million for new endowed chairs in geriatrics and palliative care at the Medical Center; $2 million for the College of Liberal Arts' departments of mathematics and sciences; $2 million for professorships in surgery and pulmonology at the Medical Center; $1.5 million for expansion of pediatric care at the Medical Center; and gifts of $1 million or more for a faculty chair in the Patterson School of Accountancy, the Flagship Constellations, Southern Foodways Alliance and the Forward Together campaign for Ole Miss athletics.

Likewise, the Medical Center's Campaign for Children's Hospital campaign enjoyed a third successful year with $10 million raised, which brings the total giving in the campaign to more than $66 million toward its ambitious $100 million goal. This campaign supports the construction and renovation of facilities and recruitment of 30-40 doctors and researchers.

Work has begun on a new seven-story, 340,000-square-foot tower adjacent to Batson Children's Hospital that will also house the Children's Heart Center.

Gifts to the campaign represent "an outpouring of love and support that runs deep and wide across all of Mississippi," said Dr. LouAnn Woodward, vice chancellor for health affairs and dean of the School of Medicine. "We have outstanding physicians and the best staff, and they have a passion for caring for patients. What we need now are the facilities to match that quality of care."

Ole Miss athletics also enjoyed a successful FY 2018 both on the field and in investments made by alumni and friends. Cash gifts exceeded $30 million for the fourth consecutive year. The Forward Together campaign stands at $176 million, with plans to complete this $200 million campaign in FY 2019.

"Rebel Nation represents one of the most loyal fan bases in college sports," said Keith Carter, deputy athletics director for development and resource acquisition. "The support shown year in and year out allows us to enhance our facilities to help our student-athletes compete at the highest level, while also providing a high-quality experience for our fans.

"We express our thanks to loyal donors and fans, and we look forward to the upcoming year as we close out the Forward Together campaign and begin new endeavors."