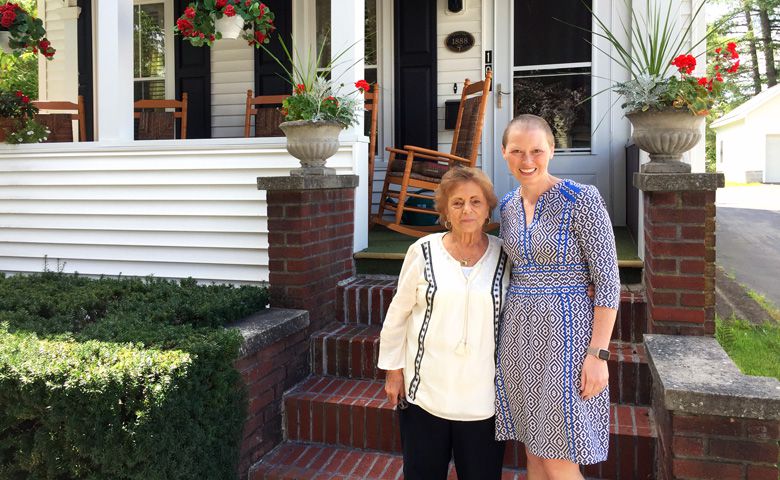 The Saratoga Springs, New York, native sought knowledge whenever and wherever he could.

“He had a passion for learning anything and everything from playing a guitar, to using a computer, to attending a three-week course in Maine where he learned the trade of building houses,” said Barbara Corsale, the late Joe Corsale’s wife.

He even learned the law, earning a juris doctorate from the University of Mississippi (UM) in 1964, but he used his degree only for a short time. There was too much to learn, too much to see, too much to do.

“You’d ask Joe, ‘Joe, what are you doing?’ and he’d say, ‘A little bit of this and a little bit of that,’” said Ken Reynolds, who became friends with Corsale when they were freshmen together at Western Kentucky University.

Among his many occupations and pastimes, Corsale was the owner of J.N. Corsale, Jr. Real Estate Company, an insurance salesman, a licensed auctioneer, a school teacher, a gun broker, a city commissioner for Saratoga Springs and periodic seller of pari-mutuel tickets at the local horse track. And there was, of course, the railroad — Corsale’s first and longest love. Long before law school, he worked on the railroad and when he retired after 55 years, he was the nation’s oldest freight conductor.

In addition to Corsale’s undergraduate and law degrees, the lifelong learner had diplomas from the State University of New York (SUNY) and the World Wide College of Auctioneering. It was perhaps his great love of knowledge that inspired Corsale to include the UM School of Law in his estate plans, leaving the university a $100,000 gift to establish the Joseph N. Corsale Family Scholarship Endowment. The scholarship is available to first-year law students with an undergraduate GPA of at least 3.0 and with first preference given to students from New York.

“He wanted to give it to somebody who needed the money, people who are struggling, but not just to students who are there only for the sake of being a lawyer,” Barbara Corsale said. “He wanted it to go to students who want to work with people and who are interested in their community. You know, ‘What are you going to do when you get out? How are you going to put your talents to good use?’ He was very giving in his lifetime and he wanted to help someone in law school who would profit from a little bit of assistance.”

Throughout his lifetime, Corsale made frequent financial contributions to the Ole Miss Law School and was a member of the Lamar Order, a designation given to those who make a minimum $10,000 commitment to the school, payable within 10 years.

“I think he chose the school for several reasons,” said Corsale’s classmate Robert Khayat, UM chancellor emeritus. “I suspect that among well-respected law schools, Ole Miss would’ve been the right size and the right price with the right admissions standards. I think it was the overall appeal of Ole Miss and Oxford, in the sparse population, in the way things move so slowly and in classes that were fun and teachers who were terrific.”

Barbara Corsale agreed, saying her husband, who had always wanted to experience the South, researched many schools before selecting Western Kentucky and then Ole Miss. But it’s likely his life would have taken a different track altogether if he hadn’t sustained a serious injury while working on the railroad.

“He fell off the trestle and broke his back,” Reynolds said, adding that during his physical therapy, Corsale became friends with a tobacco warehouseman from Cynthiana, Kentucky. “This gentleman told Joe that he was too smart and too dumb to stay working for the railroad, that he ought to go to college and get an education and make something of himself.”

Corsale intended to stay in Mississippi after law school. In fact, he was hired by an Oxford law firm. But when his father fell ill a few months into his employment, Corsale felt obligated to return to New York where he began to work for an Albany law firm preparing briefs to be presented to the state legislature.

One day, on his way to work, Corsale stopped at a bank in Mechanicsville, New York, to invest in a certificate of deposit. There, he met and later charmed the bank’s vice president into becoming his wife.

“I remember saying to my daughter, Tammy (from a previous marriage), ‘I’ve got a date’ and she says, ‘With who?’ and I says, ‘He’s one of my customers at the bank’ and she says, ‘Does he have his own apartment?’ and I says, ‘No, he lives with his mother.’ … She looked at me and says, ‘What’s wrong with him?’” Barbara Corsale recalled, laughing. “But they got along very, very well. He loved her and she loved him.”

After eight years as a lawyer, Corsale returned to the railroad and later became a general chairman of the United Transportation Union. He also worked with Walter Rich, president of the New York, Susquehanna and Western (NYSW) railroad in labor relations between Cooperstown and Washington, DC.

“He was funny and smart and always had a great big smile on his face,” Khayat said. “He really developed an affection for the school and its people. Occasionally he would make contact either in person, call or send a note. He always stayed in touch. Joe was really an Ole Miss person and identified with his university so closely that I know he was like an ambassador for Ole Miss wherever he went. That was his personality.”

Individuals and organizations may make gifts to the Joseph N. Corsale Family Scholarship Endowment by mailing a check with the designation noted in the memo line to the University of Mississippi Foundation, 406 University Ave., Oxford, Miss. 38655; visiting www.umfoundation.com/makeagift or contacting Suzette Matthews at 601-937-1497 or suzette@olemiss.edu.