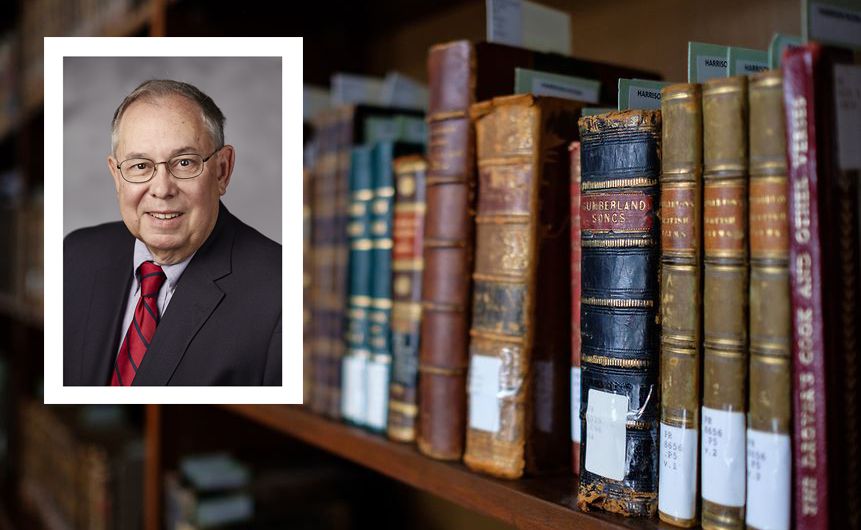 The University of Mississippi was once known as the campus where everybody speaks. Even today, despite smart phones and ear buds, Ole Miss retains its reputation as a place where professors know students by name and strangers are just friends who haven’t yet become acquainted.

That personable atmosphere goes a long way. In fact, for at least one alumnus, it was the catalyst that inspired a $200,000 gift to the J.D. Williams Library on the Oxford campus.

Bill Davenport, associate dean of the University of Nevada at Las Vegas School of Dentistry, said he began to consider a legacy gift to the library when he received a personal letter with a special request for financial support.

“A number of factors went into this decision,” said Davenport, a Corinth, Mississippi, native. “First and foremost, I loved Ole Miss. It opened up a whole new vista to a small-town country boy. I loved the school and the students, and the majority of the professors were truly motivating and inspiring. I always wanted to give something back. As everyone says, you can’t really describe your attachment to Ole Miss after going to school there.”

Davenport, who’s active in the Ole Miss Alumni Association and has made other contributions to the university, said he began to consider a major gift after he received a personal letter from the late Charles Noyes, then chair of English, when the Friends of the Library philanthropy was being organized.

“The library is the cornerstone of the university and is truly the most visible icon for education and life-long learning,” Davenport said. “The personal letter was what convinced me as it included comments regarding my time in his sophomore literature course. I was hooked. I never figured out how Dr. Noyes even remembered me.”

UM Chancellor Jeffrey Vitter expressed gratitude for Davenport’s planned gift: “The J.D. Williams Library is a hub of excellence for our university,” he said. “It enables the superb quality of education that our students receive. As one of our most highly-valued resources, it can have a tremendous transformative effect on turning students into scholars and scholars into informed citizens who will make an impact on our world. We are extremely grateful to Dr. Davenport for recognizing this potential and designating his gift to its support.”

As a high school student, Davenport thought he wanted to become an electrical engineer until he took chemistry under an engaging teacher. So he entered Ole Miss as a chemistry major. However, he changed his focus once again after taking a required biology elective taught by the late Georgia St. Amand, whom he says was extremely inspiring.

“After that course, chemistry lost its luster to me, so I switched to biology,” Davenport remembers. “As a biology major, I encountered her husband, Dr. Wilbrod St. Amand, also in the biology department, who became a great mentor and friend to this day.”

Even then, UM’s personable atmosphere impacted Davenport’s life: His relationship with the St. Amands, as well as having the opportunity to be a teacher’s assistant in the biology labs, influenced his decision to become an educator.

Davenport graduated from Ole Miss with bachelor’s and master’s degrees in biology in 1969 and 1971 respectively. He then taught biology at Arkansas State University for a year before enrolling at the Medical College of Georgia in Augusta, where he would earn a doctorate in 1976.

While completing his doctorate remotely, Davenport joined the University of Mississippi Medical Center faculty and taught the first seven Dental School classes from 1975 to 1982 before transferring to the Louisiana State University Health Sciences Center School of Dentistry in New Orleans, Louisiana, where he taught for the next 20 years.

“Serendipitously, in 2002 the opportunity came to come to UNLV in Las Vegas and help start the new dental school. Salaries were very good, benefits even better. Thinking I would work a few years in Vegas and move on, but I blinked and here I am 16 years later,” Davenport said.

Davenport said he designated his planned gift for the library because he believes it is the center of knowledge, initially for the entering student and secondarily for the lifelong learner.

“The library is the seat of intellectualism,” he said. “I hope that my gift will provide the library with funds to contribute to the ever-changing technology and methodology that will attract and benefit the students that will be tomorrow’s leaders.”

Davenport’s planned gift awards him membership in the 1848 Society, named for the year the university welcomed its first students. The society recognizes generous donors who thoughtfully provide for the university through planned and deferred gifts.

Cecilia Botero, library dean, said that private gifts provide critical support to the library now more than ever as public institutions constantly struggle with budget issues. Gifts like Davenport’s will help the library cover costs associated with digital and paper subscriptions and increasing numbers of journals used as resources by students on a myriad of different career paths.

“I am so grateful that Dr. Davenport chose to support the library with his generous gift. It will help sustain our services in countless ways,” Botero said.

Though distance has kept Davenport from returning to campus, he fondly remembers his days at Ole Miss.

“I was there in Archie’s heyday. What could be more exciting than that!” Davenport exclaimed, adding that being in the Grove during football season was a special time as was participating in the Army ROTC band, being active in his fraternity, Sigma Phi Epsilon, eating at Grundy’s and Mistilis, and bowling at Kiamie’s. Today, Davenport enjoys golf, cooking, judging barbecue contests and doting on his two miniature schnauzers.

For information on designating a deferred gift to Ole Miss, contact Sandra Guest at 662-915-5208 or sguest@olemiss.edu. To support the J.D. Williams Library, contact Angela Barlow Brown at 662-915-3181 or ambarlow@olemiss.edu.