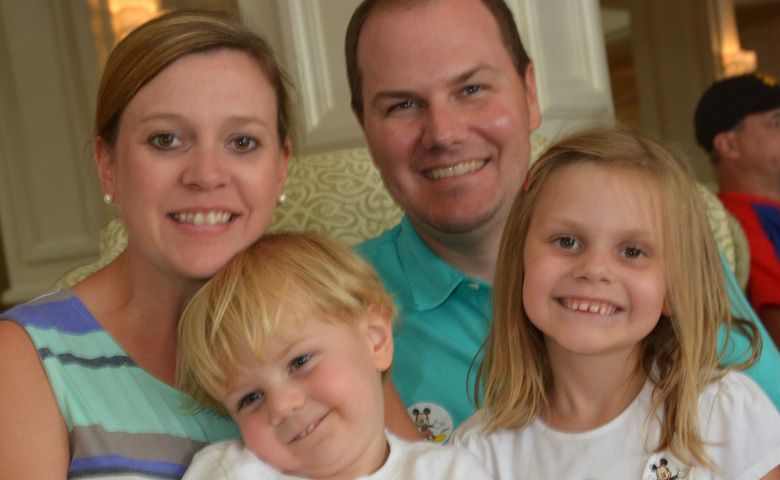 For Port Kaigler of Oxford, Mississippi, being an Ole Miss Rebel is not just a career move, it’s a family tradition. This legacy, established by his parents, was cemented for the University of Mississippi Development’s newest officer when he visited his older brother at Ole Miss.

“There’s a lot of red and blue in our family,” Kaigler recalls. “We didn’t really know anything else growing up. I visited my brother when he got here in ‘96 and knew where I was going from day one.”

Kaigler, who graduated from Ole Miss with a bachelor’s degree in political science in 2010, will work to raise funds as the development officer for the UM School of Pharmacy. Kaigler hopes the next chapter of his Ole Miss story will produce a legacy of excellence that helps take the pharmacy school to greater heights.

“The ultimate goal is for the University of Mississippi School of Pharmacy to be the top in the nation,” said Kaigler, who also earned a master’s degree in higher education from Ole Miss. “We already are No. 24 in rankings published by U.S. News & World Report and No. 9 in total research funding and we only want to go up. The way to do that is to attract the highest quality students by offering the best teachers and the best facilities.”

Kaigler’s career has revolved around service to the university. He began as an undergraduate by working in University Camps and Conferences, where he remained until he was hired by the Ole Miss Alumni Association seven years ago. Through his work with the Alumni Association, Kaigler built a network he hopes will prove fruitful in his new position.

“A lot of what you hear from development work is a greater need for private giving,” said Kaigler. “I thought that the relationships I have built would transition very well into helping the university raise money.”

In his time at the Alumni Association, Kaigler helped cultivate a stronger relationship between the university and its 74 alumni clubs by handling integral aspects of their operations, such as communications and endowment efforts. He also managed the Rebel Road Trip throughout the southeast with Coach Hugh Freeze and Vice Chancellor for Intercollegiate Athletics Ross Bjork, as well as sports travel for Ole Miss alumni and friends.

“We are thrilled that Port will be working for our program and are confident that his experience and skillset will play a significant role in advancing our mission,” said David D. Allen, dean of the School of Pharmacy. “Port’s passion for the education of students will be a driving force behind the continued success of the Ole Miss Pharmacy School.”

Kaigler and his wife, Kelley – also an Ole Miss graduate – have a daughter, Rowan, 7, and a son, Davenport, 4.

To make a gift in support of the UM School of Pharmacy, contact Kaigler at 662-915-2712 or by email at port@olemiss.edu.