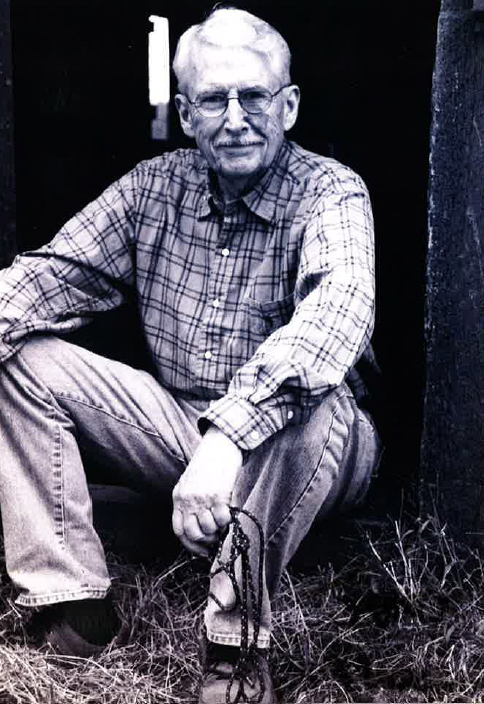 Jere Hoar, a retired journalism professor who influenced many graduates across the years. An initiative has been launched to collect "Dr. Hoar stories" via the UM Foundation's website as well as increase the Hoar Scholarship fund for journalism honors students.

Inspired by his teaching, Hoar's former students created a scholarship in his honor a few years ago. This fall, they are launching an initiative that will both record history and make history.

Alumni and friends are invited to log onto a dedicated link on the University of Mississippi Foundation website to share their memories of the professor so that the stories are not lost to time. Also, if the goal of increasing the existing endowment by $100,000 is met, an anonymous donor has pledged another $100,000 donation to make the fund among the largest available to students in UM's Meek School of Journalism and New Media.

Journalism at Ole Miss began in the years immediately after World War II. Since then, dozens of the students have become leading national and international practitioners in newspapers and broadcasting.

One of them is Curtis Wilkie, now a senior fellow at the Overby Center for Southern Journalism and Politics (named in honor of a Pulitzer Prize winner and fellow alumnus, Charles Overby) on UM's Oxford campus. Wilkie's career culminated with many years covering presidential politics and the Middle East for The Boston Globe, but it began in the presence of Jere Hoar.

"I was a callow high school senior considering journalism at Ole Miss, and he was a young professor willing to spend time advising me," Wilkie said. He shares a confession about arriving late for a class during his senior year: "As I handed over my papers, Dr. Hoar had the look of a man confronted with an unpleasant odor."

Wilkie failed the class, the same class he now teaches in the Meek School — and he tells students about it on their first day every semester. "The story demonstrates Jere Hoar's strong commitment to the highest standards" and "it taught me a valuable lesson about meeting deadlines as a newspaper reporter."

Greg Brock, now senior editor for standards at The New York Times, came to UM from Crystal Springs a generation after Wilkie. A leader in the effort to honor Hoar and preserve his legacy, Brock says his take on Hoar was that he was "demanding, overbearing and totally unreasonable." The editor's viewpoint has moderated. "I understand why he pushed us so hard to do our best. He is the professor I remember most fondly and appreciate the most."

Students who receive the Jere Hoar Scholarship in Journalism will be selected from journalism majors who are also members of UM's Sally McDonnell Barksdale Honors College. As a perpetual endowment, the scholarships will be based on the fund's annual earnings.

Hoar is a native of Tennessee who continues to live and work on his farm in Oxford. Before and after graduating from Auburn University, he worked in weekly and daily journalism and for trade publications. He is a veteran, having served in the U.S. Air Force during the Korean Conflict. Later, Hoar earned a master's at Ole Miss and a doctorate from the University of Iowa. He also completed a preceptor program, passed the legal licensing examination and became an attorney.

Hoar also continued to write short stories and novels, but says teaching was his passion and he is as happy about students who "chose to do good work in small places" as he is those who have had more notable careers.

The "tell your story" portal can be found at www.umfoundation.com/jerehoar, where contributions can also be made online. Individuals and organizations wishing to make gifts to the scholarship fund also can mail a check with the fund noted in the memo line to the University of Mississippi Foundation, 406 University Avenue, Oxford, MS 38655; or contact John Festervand, director of development for the Meek School, at 662-915-1757 or jfesterv@olemiss.edu.

The Meek School of Journalism and New Media is the newest academic unit at Ole Miss. It offers bachelor's and master's degrees in journalism and in integrated marketing communications. The school's website is www.meek.olemiss.edu.