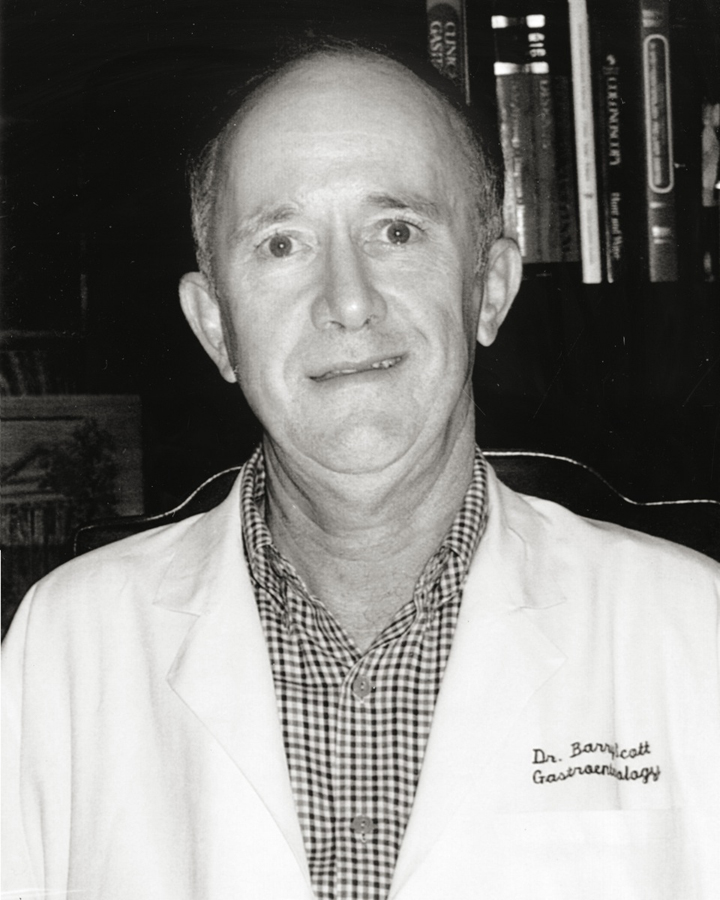 As a last showing of his deep pride, love and passion for the University of Mississippi, one beloved family man, respected physician and Ole Miss alumnus has generously bequeathed more than $27,000 to the Chancellor's Trust.

Dr. Barry C. Scott, a longtime resident of Baton Rouge, La., and former resident of Louisville, Miss., passed away in 2011at age 66. Family and friends remember Scott for his fierce love of his family, the practice of medicine and his alma mater.

"Whenever anyone asked Barry about his education and training, he only mentioned Ole Miss even though he attended several schools throughout his education," said his wife, Elizabeth Scott. "Barry loved his school and the medical school, and was a loyal supporter."

Their proudest accomplishments are the many successes of their three daughters: Leanne Elizabeth, a tax attorney in Boston, Mass.; Mary Lauren, a pediatric endocrinologist at the University of Alabama at Birmingham Hospital; and Anna Catherine, a financial planner in Atlanta, Ga., who recently married Scott Martin, graduated from Le Cordon Bleu, completed an externship in Sorrento, Italy and is forming a personal chef business. "Barry and I have always been so proud of our independent, accomplished daughters," said Elizabeth. "Daughters are a blessing in so many ways, but ours are exceptional and have been there for me since Barry's death in the most helpful ways."

Scott was successful and hard working both as a student and physician. After only three years at UM, he was accepted to the UM School of Medicine with exceptional MCAT scores. After receiving a medical degree in 1970, Scott completed an internship and residencies at Louisiana State University's Charity Hospital in New Orleans where he was chief resident and later a fellowship in gastroenterology at the University of Florida. He was one of three founding members of Gastroenterology Associates/Louisiana Endoscopy Center, now known as the Digestive Health Center of Louisiana, in Baton Rouge. Founded in 1977 with three physicians and four employees, the center has grown to support 17 physicians and 185 employees.

"Dr. Scott was a wonderful, caring and giving man," said Prunie Gremillion, who worked as a nurse alongside Scott beginning in 1978. Gremillion was the first nurse certified in gastroenterology in the state of Louisiana, and now serves as the center's director of medical coding and reimbursement.

"Dr. Scott was a man of profound ethics and was such a well-rounded physician. He was a staunch professional but had a true human element. He would always work a patient in – he never said he couldn't see someone if they called for an appointment. He believed in going the extra yard but always enjoyed life."

In 2001, the Digestive Health Foundation of Louisiana established the Barry C. Scott, M.D. Research Endowment Fund at the University of Florida to pay tribute to his decades-long dedication to medicine and his tireless fundraising efforts for the Louisiana/Mississippi chapter of the Crohn's and Colitis Foundation of America. "We were invited to the Governor's mansion for a reception and it was a complete surprise to Barry," Elizabeth remembered. "It was a very special night, and he was so humbled and honored."

The physician also loved the works of southern writing masters Willie Morris and William Faulkner. "Barry attended the Faulkner and Yoknapatawpha Conference at the university in Oxford several years and always really enjoyed it. The conference posters still hang in his office," said Elizabeth. He also excelled in many sports, golf and tennis among them. The avid runner had completed a marathon in Houston and was on his way to the Boston Marathon when he suffered his first stroke.

Colleagues, friends and family can attest to Scott's love of Ole Miss, as his office and home were filled with Ole Miss memorabilia. "Barry was a proud Ole Miss fan. I think he owned every Rebels t-shirt and hat ever made. During football season, he'd put his Rebels sign on the lakeshore behind our house and shine a spotlight on it after a win," said Elizabeth. Thanks to Scott's likability, neighbors and his partners at the practice – all LSU fans – didn't complain.

"Barry had a great sense of humor and always lived with the thumbs-up approach to life," Elizabeth explained. "People still tell me how much Barry meant to them, both as a doctor and a human being."

UM Chancellor Dan Jones was honored by the fellow UMMC graduate's gift. "I am always grateful when donors contribute to the Chancellor's Trust as it is a vital and significant fund that assures our ability to achieve excellence here at the university. I am especially appreciative of Dr. Scott's contribution, his longtime support of Ole Miss and his trust in my leadership."

He was also a member of the Caledonian Society, a 32nd degree mason in St. James Lodge No. 47, the Grand Lodge of Louisiana Free and Accepted Masons, as well as The Ancient and Accepted Scottish Rite of Freemasonry and The York Rite, and other related bodies. Scott was also a member of the Baton Rouge section of the Krewe of Endymion, the Charity Ball Association and the Karnival Krewe de Louisiane.

Scott is survived by his wife, their three daughters, and Anna's husband, Scott Martin; two sisters, Marilyn Bateman, of Senatobia, Miss., and her husband, Robert, and Barbara Richards, of Oxford, and her husband Wiley; his wife's brother, Thomas Perry, of Dublin, Ga., and his wife Bess.

Established in 1975, the Chancellor's Trust provides unrestricted funds to address the greatest needs as identified by the chancellor and provost and requires a minimum gift of $25,000. For more information on becoming a member of the Chancellor's Trust, contact Debbie Vaughn, senior executive director of development, at (662) 915-1687 or dvaughn@olemiss.edu; or visit www.umfoundation.com/makeagift.