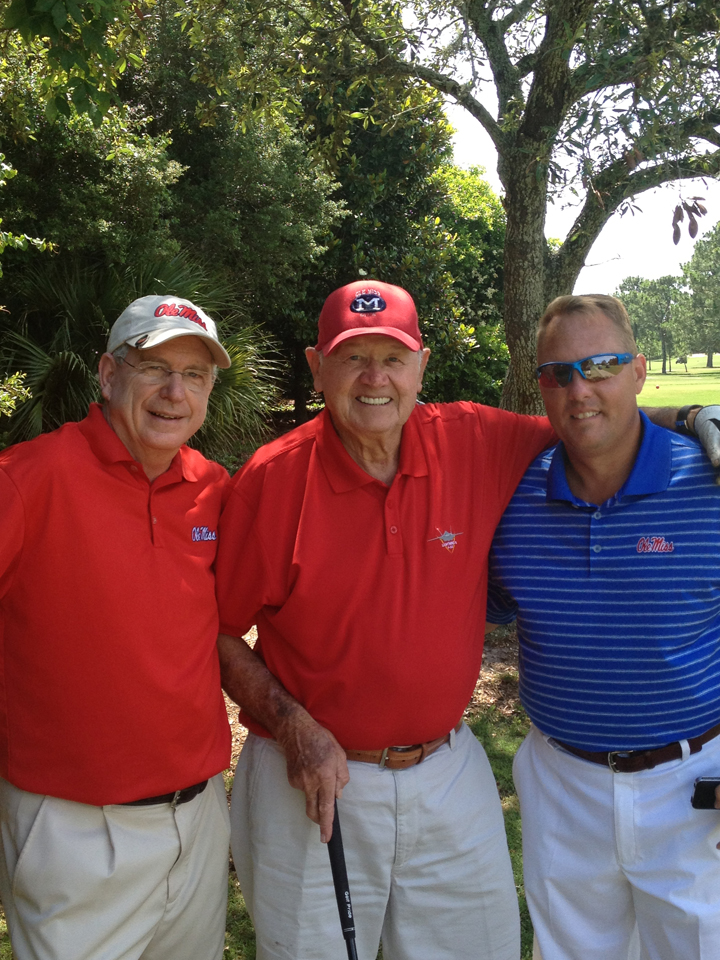 A self-proclaimed "ol' country boy," Dr. Gerald "Doc" Hollingsworth may have studied under Ivy League scholars at Harvard and live in a beach community along the Florida Gulf Coast, but his heart will always be in Mississippi.

The third of four children, Hollingsworth and his family moved often during his childhood before landing in Centerville, Miss. Upon graduation from Centerville High School, Hollingsworth completed two years at Southwest Mississippi Junior College, in Summit, Miss., before continuing his education at the University of Mississippi and developing a lifelong devotion to Ole Miss.

The longtime university benefactor provides annual major support primarily in the area of athletics, a dedication that was honored through the naming of Hollingsworth Field at Vaught-Hemingway Stadium.

The loyal fan and donor first came to campus in the late 1940s. Hollingsworth earned a chemical engineering degree in 1953, unsure of where his future path would lead. Throughout his high school and college years, Hollingsworth had sought advice from the Hollingsworths' family physician in Centerville, Dr. Earl Fyke.

"Dr. Fyke took me under his wing and became my mentor," said Hollingsworth. "He introduced me to the world of medicine and the doors it could open." Thus, upon graduation from Ole Miss with an engineering degree, Hollingsworth decided his calling was to practice medicine.

Hollingsworth began his medical schooling on the Oxford campus, but, with a goal of becoming a neurosurgeon, transferred to Harvard Medical School.

"This ol' country boy uprooted and moved to the prim and proper confines of the Northeast and the Ivy League," said Hollingsworth. Nevertheless, his charming personality and his penchant for not taking himself too seriously made for a perfect match with the Ivy Leaguers. "I was known as the 'token redneck,'" Hollingsworth said, chuckling. He soon fit right in.

Upon his graduation from Harvard, Hollingsworth arrived at the realization that neurosurgery was not for him. He served a surgical residency as a Navy Flight surgeon before landing in Ft. Walton Beach in 1960 to open a private practice. It was while serving as a volunteer physician in Vietnam that another career calling was born. Hollingsworth was given a Toyota to drive. Upon returning to the United States, recalling how pleased he had been with the quality of that Toyota, Hollingsworth decided to reach out to the company and explore the option of opening a dealership. In 1968, while still serving as a surgeon in private practice, he launched his first dealership with Toyotas vehicles and has since added Mercedes, BMW and Mazda to the list.

When asked why he has been inspired to support Ole Miss Athletics to such a generous extent, Hollingsworth quickly responded with one word: "heroes." Referencing Charlie Conerly, Kayo Dottley, Bruiser Kinard, Jake Gibbs, Archie Manning and others, Hollingsworth said he admires the dedication of UM athletes.

"I believe – quite strongly – that without the education and proper training that Ole Miss provided me, I may have never achieved the great heights my life has seen. I knew that once I paid off all my school loans, the entity I would support first would be Ole Miss."

Today, Hollingsworth is officially retired from his original career of surgery but continues to serve as an aviation medical examiner for the Federal Aviation Administration. At 81, "Doc" Hollingsworth continues to strive to be the best while helping others along the way. "Ole Miss Athletics is a catalyst that provides young, driven, energetic people an opportunity to earn a degree while providing entertainment and enjoyment to its alumni and fans. I'm honored to help contribute to the goals the Athletics Foundation has set and know it will not only provide better opportunities for the student-athletes of tomorrow, but improve the college experience for all Ole Miss students."