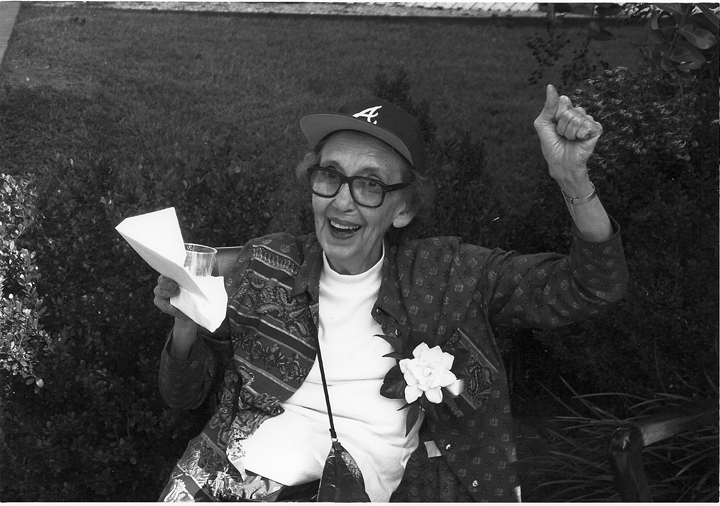 Sue Hart, who passed away last year, left an estate gift to strengthen Southern studies resources in the J.D. Williams Library. She was a research librarian and publications editor for the university's Center for the Study of Southern Culture.

Widely known for its rich literary tradition, Oxford attracts a wealth of people who love to read, study and discuss literature. Bibliophile Sue Hart was a force of nature in this environment, spending almost 20 years as a research librarian and publications editor at the University of Mississippi's Center for the Study of Southern Culture (CSSC).

Hart's passion for the written word inspired her to direct a $136,000 estate gift to the university's J. D. Williams Library to be used to build resources for Southern studies.

"It makes sense that someone who loved books as much as Sue, and had such a natural feel for what made 'good writing,' should have her legacy left to improving the library," said Ted Ownby, director of the CSSC. "I don't know a better way to feel her influence."

Hart, who died in 2012, had been influencing Ole Miss since 1979, when she was persuaded to move back to her home state. After earning a bachelor's degree in social science at Siena College in Memphis in 1951 and then a master's degree in library science from Louisiana State University in 1963, Hart worked as a research assistant at Yale University in New Haven, Conn. William Ferris, who was working with her at Yale, had just been hired as the founding director for the CSSC and recruited the Canton native to become his research assistant.

The goal of the Southern studies program is to be interdisciplinary, not just focus on history, but encompass all things of the South – literature, music, food, etc. This sparked the idea for Hart to create a reference material for the South, inspired by Howard Lamar's The New Encyclopedia of the American West. So Ferris, along with Charles Reagan Wilson, began working on the book.

Wilson, the Cook Chair of History and a professor of Southern studies, also served as CSSC director, after Ferris became the chair of the National Endowment for the Humanities and later the senior associate director of the University of North Carolina-Chapel Hill's Center for the Study of the American South.

Hart and Ann Abadie, then associate director of the CSSC, became associate editors on the project. The team of four worked tirelessly and in 1989, the Encyclopedia of Southern Culture, all 1,656 pages and nearly nine pounds of it, was published.

The success of the Encyclopedia was in a large part due to Hart's rigorous dedication. She had a no-nonsense approach when it came to her work.

"Sue's standards and expectations were very high, having come here from Yale," said Lisa Howorth, who worked for Hart as a bibliographer at the CSSC. "She was easily riled by ineptitude or ignorance; you did not want to see her lurching your way with something you screwed up. She was the smartest, most bookish person I knew at Ole Miss and I learned a lot from her."

Ferris added, "I remember with special pleasure the editorial debates we had over whether or not to capitalize the word 'Southern.'"

Hart definitely was not "all work and no play." She was just as funny as she was smart, and "behind that stern, old-school scholarly facade was one wicked sense of humor," said Howorth.

Hart was an avid fan of the blues and jazz and loved to go on road trips. She was an Ole Miss Rebels and Atlanta Braves enthusiast, as well as a devoted Democrat. After a serious skating accident as a child, Hart suffered a major impairment to her spine that was never successfully corrected. She spent the majority of her life suffering from the injury. In 1954, Dwight Eisenhower signed the Social Security Amendment that two years later, included benefits for people with disabilities. Hart became a supporter of Eisenhower and the amendment, dedicating much of her life to the cause of others.

"Sue was completely selfless," said goddaughter Diane Esterman. "She cared more about other people than herself. She never spent any of her money and when she died, she left it all to Ole Miss and her church. They just don't make them like her anymore."

Esterman's mother, Caroline Esterman or "Pill," was Hart's closest friend. They met at Siena College as roommates. Esterman made her home in Memphis, married and had five children; Hart became part of the family. She celebrated all holidays with the Estermans and even had her own bedroom at their house. Hart passed away a mere three months after her friend.

Julie Rholes, dean of libraries, noted how active Hart stayed in the happenings around Ole Miss after her 1995 retirement.

"She cared a great deal for this university, particularly the library," said Rholes. "Ann (Abadie) introduced us at one of the library's functions and we instantly bonded over our background as librarians.  She was truly a joy to know."

Abadie would often take Hart to events hosted at the Williams Library, and afterwards they would eat at The Beacon, a local establishment where Hart was widely acclaimed.

"They absolutely loved her there," said Abadie. "Toward the end, when she was really frail and could barely walk, the owner's son would meet us at the car and carry her inside."

Hart had a family in the people of Ole Miss and Oxford. Friends described her as a unique individual with a "strong mind, spunky personality and a selfless spirit, who never complained – that is unless she had just read some really 'lousy writing.'"

Individuals or organizations wishing to make a memorial gift in Sue Hart's name may send a check with either Friends of the Library or the Sue Hart Prize in the CSSC noted in the memo line to the University of Mississippi Foundation, 406 University Avenue, Oxford, MS 38655. Contributions can also be made online at www.umfoundation.com/makeagift.