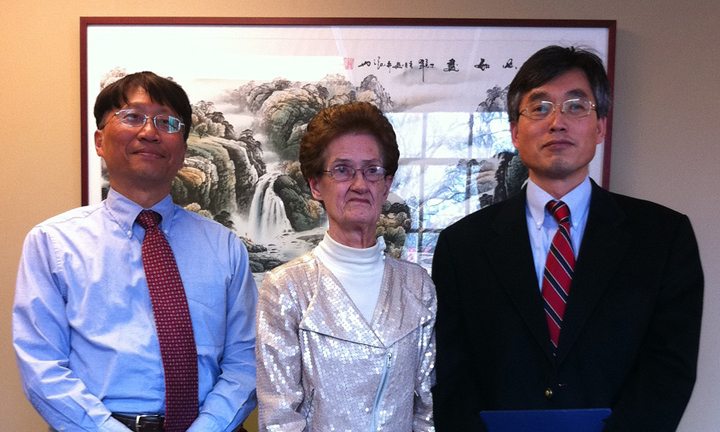 Before his death in 2009, Charles Lynn Costner found himself posing the question: "How do you leave something behind to make the world better than you found it?" His widow, Sara, has answered that question by donating $50,000 to benefit the University of Mississippi School of Engineering.

Half her donation is designated for an endowment in the Department of Civil Engineering. The other portion will be used as unrestricted funds within the engineering school.

"Although I always marveled at people who gave large amounts to their alma maters, Charles and I had never discussed doing anything like this while he was alive, mainly because we weren't financially able," Costner said.

That all changed when she sold her late husband's homeplace in Calhoun County.

"I came into a large lump sum of money," Costner said. "I knew that I wanted to do something to honor Charles and that the School of Engineering was most reflective of what he would want to be remembered by. I think he would be very proud of what I've done."

Alex Cheng, engineering school dean, expressed his appreciation for the gift and Costner's interest and support.

"Alumni donations have always been the major support for the School of Engineering, funding such things as facilities, software and other necessary equipment," Cheng said. "Without contributions such as Mrs. Costner's, we would be unable to continue our mission of educating future engineers. We are deeply grateful for this timely and generous gift."

Costner's gift is a most fitting memorial to her late husband's life and legacy which began after he earned his bachelor's degree in 1951, said Assistant Engineering Dean Marni Kendricks.

"Mrs. Costner decided to make donations in support of organizations that her husband was both proud of and loyal to including two university units, the School of Engineering and Fellowship of Christian Athletes," Kendricks said.

"The way it's set up, our department can make equipment purchases which we would not be able to do otherwise on a recurring basis," he said. "We've had a need for something like this for a long time. These funds are very beneficial for both undergraduate labs and graduate school research."

Sara Costner worked in the School of Engineering back in the early '50s while her husband was in graduate school.  She spent 28 years working for a printing company in Baton Rogue, La., before the couple retired and moved to Oxford.  Their son, Jeffrey Costner, works for Ole Miss Athletics in Grounds and Maintenance.

Sara Costner said she finds deep satisfaction in knowing the donation will be used for good purposes.

"Charles grew up on a farm, but he always wanted to do more than run the family business," she said. "After he served his country between World War II the Korean War, he decided he wanted to become a civil engineer and enrolled at Ole Miss. Civil engineering was like a call for him. He personified what a civil engineer should be."

"Hopefully, this donation will help other young people like Charles come to Ole Miss, get an education and then go out and do something significant with their lives," she added.

For more information about contributing to scholarship programs and other initiatives at in the School of Engineering, contact Kevin Gardner, development officer for engineering, at 662-915-7601 or kevin@olemiss.edu; or visit http://www.umfoundation.com/makeagift.