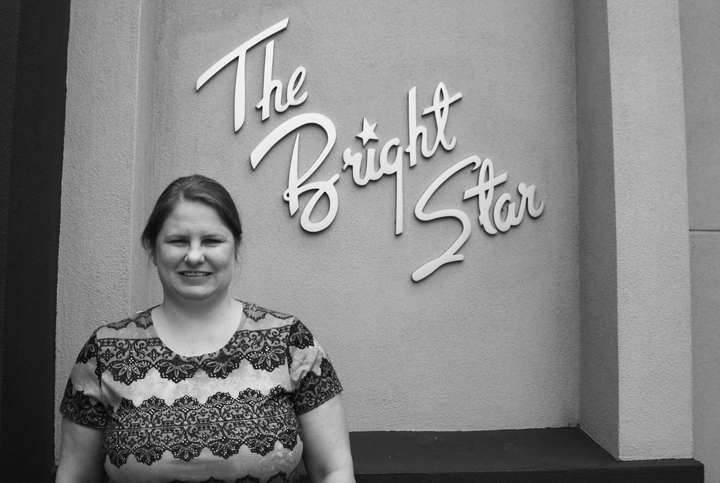 The Chisholm Foundation of Laurel is contributing $103,000 to support the academic study of foodways at the University of Mississippi through its Center for the Study of Southern Culture (CSSC) and Southern Foodways Alliance (SFA).

UM officials describe the support as a key step toward establishing an endowed professorship in the emerging cultural studies field of foodways, a discipline in which SFA is recognized nationally. Featured by major media outlets, SFA has been described by the Atlantic Monthly as "this country's most intellectually engaged (and probably most engaging) food society."

The Chisholm Foundation resources will support a postdoctoral fellow, with the recipient teaching foodways classes within the Southern Studies curriculum and foodways-focused courses in other disciplines. For example, the inaugural holder of the fellowship, Assistant Professor Angela Jill Cooley – who earned her doctorate at the University of Alabama – will teach an undergraduate history class this spring using foodways to understand home-based race relations. The course "Historicizing 'The Help'" will contextualize Katherine Stockett's novel "The Help," the basis of a recent movie shown in theaters across the country.

"We anticipate this generous Chisholm Foundation grant playing a pivotal role in the creation of curriculum examining the role of food as both a cultural artifact and form of expression," said Ted Ownby, CSSC director and UM history and Southern Studies professor. "This support will allow the center to extend foodways classes introduced this academic year for two more years, during which time we will pursue funding for a permanent endowment supporting this position.

SFA funded the fellowship for the 2011-12 academic year, and the Chisholm Foundation gift assures the continuation through 2014. During the fall semester, Cooley taught a course on Southern foodways for graduate students, with the response exceeding class capacity. Each holder of the fellowship also will be encouraged to transform his or her doctoral dissertation into a book, expanding scholarly literature exploring the foodways.

"Of late, more and more students have arrived at the Center for the Study of Southern Culture with an interest in foodways," said John T. Edge, director of the SFA, which is supported by more than 1,000 academics, chefs, artisans, farmers and others. "This gift from the Chisholm Foundation ensures that we will be able to serve their classroom needs and, in turn, inspire a new generation of scholars."

"Receiving this gift is an indication of the success our Southern Foodways Alliance has had over the past decade in establishing the University of Mississippi as the best place to study humanities issues related to food. Through its offerings, the SFA has encouraged a wealth of new thinking about the meanings of food in relation to cultural life," he said.

The study of foodways has become a central approach to understanding issues of race, class, gender, economy and identity for scholars of cultural life. In the past generation, growing attention to the body, the senses, health, and gender has combined with scholarship on globalization, ethnicity, and identity to elevate foodways studies place in the humanities, Ownby said.

Individuals and organizations interested in providing private gifts to a permanent endowment for the faculty position in foodways studies may contact Development Officer Nikki Neely at nlneely@olemiss.edu or 662-915-6678.

The Chisholm Foundation is a charitable organization founded in 1960 by Alexander F. Chisholm, a businessman, philanthropist and churchman of Laurel. The foundation's mission focuses on nurturing and supporting meaningful endeavors in education, the arts and religion.  Since the 1974 death of Alexander F. Chisholm, three generations of his family have carried out his mission and continue to provide grants to worthy organizations.

The Southern Foodways Alliance documents, studies and interprets the diverse food cultures of the changing American South. An institute of the University of Mississippi Center for the Study of Southern Culture, the SFA has been a leading force in foodways studies since its founding in 1999. A membership-supported institute, the SFA directs an annual Southern Foodways Symposium, as well as numerous lecture series, film screenings and other events. The SFA's oral history program, widely recognized as the most innovative in its field, has collected nearly 600 interviews, while the SFA film initiative has produced more than 30 films. SFA is now expanding its work into UM classrooms. For more information about the SFA, visit www.southernfoodways.org.

The Center for the Study of Southern Culture at the University of Mississippi investigates, documents, interprets and teaches about the American South. CSSC emphasizes academic programming as the foundation of its work, offering both undergraduate and graduate programs in Southern Studies through more than 60 courses taught by faculty in 10 departments. CSSC houses two institutes, the Southern Foodways Alliance and the Media and Documentary Projects Center. By teaching classes in foodways, the CSSC seeks to expand on the academic and educational strengths developed since its founding in 1977. For more information, visit www.olemiss.edu/depts/south or http://www.facebook.com/SouthernStudies.