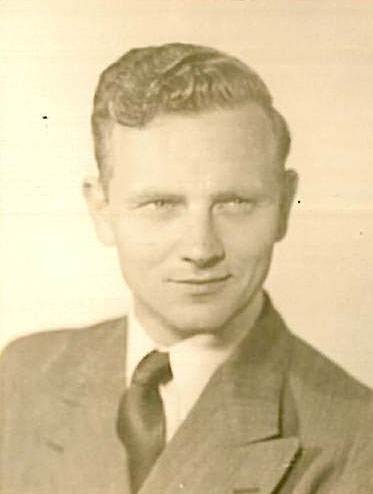 The estates of two dedicated educators — a 1946 University of Mississippi graduate and his wife — have provided funds totaling more than $700,000 that will strengthen a high-impact student service area in the J.D. Williams Library and provide long-term library funding.

By the time the estates are closed, the total gift is expected to be close to $1 million.

Oscar Richard Ainsworth of Northport, Ala., a longtime professor of mathematics at the University of Alabama, and his wife, Edith Wetzel Ainsworth, also on the math faculty, named the University Libraries as a beneficiary in their estates. The Ainsworths had not notified Ole Miss officials about their intentions to provide the generous support, but plans are being made to honor the couple’s gift with a naming opportunity in the J.D. Williams Library.

“We are humbled by this tremendous gift from the Ainsworths who obviously were dedicated to providing outstanding opportunities that help young people in their pursuit of higher education,” said Julia Rholes, dean of libraries. “The Ainsworth gift will enable us to enhance our services for students. We are presently exploring the possibility of utilizing part of the Ainsworth gift in the first floor commons area to make technology additions that should greatly strengthen student learning.

“As both the Ainsworths were educators, we believe the best way to honor their lives is to direct these resources to areas that have an important impact on students’ daily studies and preparation,” the dean said. “We are also focusing on an appropriate naming opportunity in the main library to pay tribute to this selfless couple whose support will make a difference in our student services for years to come.”

Part of the Ainsworth gift will be placed in an endowed fund, which will be held permanently with only the annual income utilized for the library. Endowments assure long-term funding for a designated area, which in this case is the library. Edith Ainsworth’s family in Washington State have fully supported the estate gifts and are proud the resources will support educational pursuits through the library, said family attorney Daniel C. Lemley of Tuscaloosa.

Oscar Ainsworth earned a bachelor’s degree in 1945 and a master’s degree in 1946, both at Ole Miss. He went on to earn a doctorate at the University of California, Berkley, in 1950. He then joined the UA mathematics faculty on the Tuscaloosa campus and spent his entire 36-year career with the UA system. He is credited with being a major contributor to the development of UA’s campus in Huntsville, according to a resolution passed by UA faculty in the College of Arts and Sciences.

In addition, Ainsworth shared his expertise in applied mathematics with the U.S. Navy through its Mines Countermeasures Station in Panama City, Fla.; U.S. Army at Redstone Arsenal in Huntsville; Douglas Aircraft Company in Long Beach, Calif.; Boeing Aircraft Company in Seattle, Wash.; and with NASA in Huntsville. He directed the dissertations of 20 doctoral students and was known for organizing and leading seminars to assist students outside of his regular classroom responsibilities.

Edith Ainsworth earned undergraduate and graduate degrees from the University of California, Berkley, where she first met her husband. She also taught math at UA and was devoted to tutoring students for many years. The Ainsworths were active in St. Mark United Methodist Church.