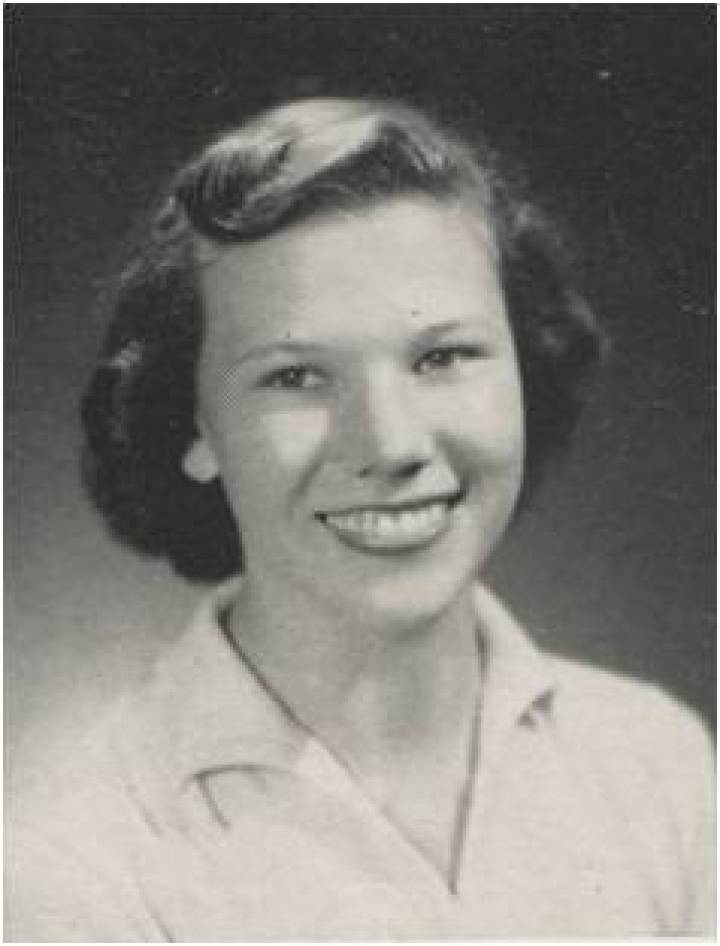 Martha Dale Stock from the yearbook

(OXFORD, Miss.) – When Edwin W. Stock, Jr. of Cary, N.C., wanted to do something special for his wife, Martha Dale, he decided to create an endowed scholarship at the University of Mississippi.

The Martha Dale Johnston Stock Scholarship fund is earmarked for full-time Pride of the South marching band members. Martha Dale Johnston was a majorette for three years, played clarinet in the marching and concert bands, and graduated with a music degree in 1959. The scholarship recipient was active in Mortar Board, the Committee of 100 and Phi Mu sorority.

Stock suffers from Lewy Body disease and her husband, a friend of Ole Miss, chose the band as a way to honor her. The couple met while they were graduate students in Virginia.

“She loved the university,” Edwin Stock said. “She was always ecstatic to be back on campus, and when we came back for football games, she always concentrated on the pre-game show and halftime.

Stock said his wife was usually pretty mild-mannered – until she got riled up. One football game, as she and other majorettes gathered for the pre-game show, a fan decided Martha Dale’s little cap from her uniform would make a perfect souvenir. He jumped onto the field, grabbed her cap and started running.

“She took off after him, used her baton in a chokehold and took back her hat,” he said. She returned to her place on the field to the sound of cheering fans.

The Stocks introduced their son, Edwin W. Stock III, to Ole Miss, and he graduated in 1986. A granddaughter, Amanda Stock, earned a nursing degree from UM in May. A grandson, Evan Stock, is a senior in UM’s School of Business Administration.

The Stock Scholarship Fund is open to receive gifts. Anyone interested in supporting the fund may send a check with the scholarship fund noted to the University of Mississippi Foundation, 406 University Avenue, Oxford, MS 38655, call 800-340-9542 or visit www.umfoundation.com/makeaagift.