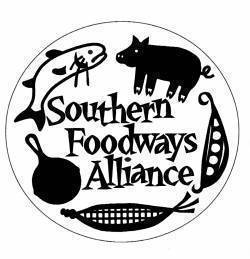 OXFORD, Miss. – Dubbed the “G8 of Grits and Gravy” by enthusiasts, the Southern Foodways Alliance’s annual Taste of the South gathering brought in almost $150,000 in January to support the SFA’s mission to document, study, and preserve the diverse foodways of the American South.

Coinciding with the annual gathering of the Fellowship of Southern Farmers, Artisans and Chefs, the Taste of the South event is put on jointly by the SFA, an institute of the University of Mississippi’s Center for the Study of Southern Culture, and Blackberry Farm, the Great Smoky Mountains inn rated the country’s best small hotel by the 2004 Zagat Survey. Now in its sixth year at Blackberry Farm, Taste of the South is a “fellowship of food luminaries from the whole South,” said Mike Riley, SFA board member.

Luminaries included New York City restaurateur Danny Meyer, owner of Union Square Hospitality Group, along with some of the South’s best chefs and restaurateurs. The Thursday – Sunday event attracted more registrants than ever before, largely due to the quality of the sessions offered, Riley said.

In addition to a talk by Meyer, this year’s offerings included a cast-iron skillet demonstration, a biscuit making class and wine and beer tastings. There was also the live auction—featuring such packages as weekend getaways and private dinners—which garnered more than twice the amount raised last year during Taste of the South.

Ted Ownby, director of the Center for the Study of Southern Culture, said that the $150,000 raised through the high-end auction will help continue the work of the SFA to examine the food cultures of the South through documentary projects, symposia and other events. Ownby and those involved with the SFA also hope the funds will allow Southern Studies faculty to capture through university foodways courses “the energy, excitement and creativity that comes from SFA events.”

“A lot of credit goes to our SFA board members, and our deepest thanks goes to those who put up items for auction and those who bid on those items,” Ownby said.