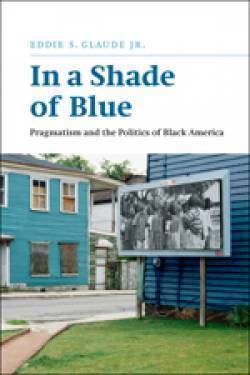 (OXFORD, Miss.) – Eddie Glaude Jr., Princeton University’s William Tod Professor of Religion and African American Studies and chair of the Center for African-American Studies, speaks about his latest book, “In a Shade of Blue – Pragmatism and the Politics of Black America,” during a free public lecture at 5:30 p.m. Thursday, Feb. 18, in Bryant Hall Room 209.

Titled “Public, Prosperity and Politics: The Changing Face of African-American Christianity and Political Life,” Glaude’s lecture is made possible through the Department of Religion and Philosophy’s William Hal Furr Dialogue on Philosophy and Religion. The series was established with private gifts in the late UM’s professor’s honor following his death in 1974.

The Sarah Isom Center for Gender Studies is co-sponsoring the event.

For more information or assistance related to a disability, contact: Mary Thurkill, 915-1400 or maryt@olemiss.edu.