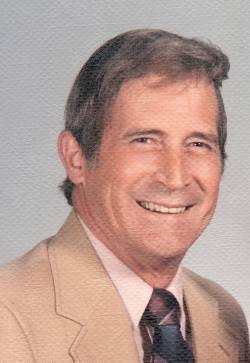 (OXFORD, Miss.) – A longtime hospital and community pharmacist, the late Edward Wilks of Tylertown, is being remembered with a scholarship fund in his name at the University of Mississippi.

“We think creating the Samuel Edward Wilks Pharmacy Endowment is a fitting way to honor Edward,” said Winnie Morris Wilks, his widow. “He felt that the pharmacy profession is very rewarding and found great satisfaction in working to help heal others. We hope to make that level of success possible for future generations of deserving students.”

The family has provided the lead gift for the endowment, which will fund scholarships in the UM School of Pharmacy. Scholarship preference will be given to those students with financial needs from Walthall and Marion counties.

Wilks became interested in pharmacy as a teenager working in the Harris Drug Store in Columbia. After serving in the U.S. Army, Wilks moved to Oxford with his wife. While he pursued his studies at Ole Miss, she worked in the chancellor’s office on campus. He completed his pharmacy degree at Northeast Louisiana State College (now the University of Louisiana-Monroe).

“While Edward did not graduate from the University of Mississippi, he loved the school and was a devoted fan of Ole Miss athletics,” Winnie Wilks said. “This scholarship fund is our way of remembering Edward in a meaningful way that would have truly pleased him.”

Edward Wilks began his pharmacy career in 1965 at Tylertown Drug Store. He later worked at retail pharmacies in Bogalusa, La., and in the pharmacy departments of Walthall County General Hospital in Tylertown and Marion General Hospital in Columbia. After retiring in 2000, he continued to work part time at the two hospitals.

Before his death in June 2008, he was active in the Mississippi Society of Health-System Pharmacists, Tylertown Jaycees and Tylertown Baptist Church. Among his survivors are the Wilkses’ two daughters, Lisa Carpenter of Hattiesburg and Amy Beard of Tylertown, and their three granddaughters, Lauren Carpenter and Ashley and Meagan Smith.

The Wilks Pharmacy Endowment is open to receive gifts from individuals and organizations. To donate, please make checks payable to the UM Foundation/Wilks and send to the foundation at 406 University Avenue, Oxford, MS 38655. Donations may also be made online at www.umfoundation.com/makeagift or by calling 800-340-9542.