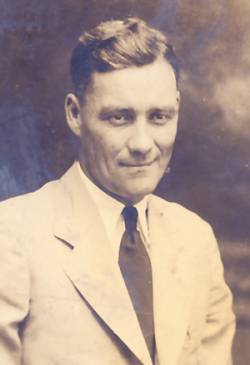 OXFORD, Miss. – University of Mississippi alumnus C. Patrick "Pat" Massey of Birmingham, Ala., has honored the memory of his mentor Roger Q. Scott with a gift of $25,000 to fund an Ole Miss First scholarship in Scott’s name.

Growing up in Pensacola, Fla., Massey lived across the street from the Scott family and he said it was Scott who recruited him to play football at Ole Miss.

"I’ve always been grateful for what Mr. Scott did and have always been really proud of Ole Miss," Massey said. "I’ve talked about doing something for him for years. Now that I’ve retired, I had the opportunity do something in Mr. Scott’s name."

The Roger Q. Scott Sr. Ole Miss First Scholarship is to be awarded to full-time freshmen who are residents of Pensacola, Fla., and are graduates of Pensacola High School. Selection will be based on merit and need.

"We are so grateful for this most generous gift from Pat Massey and his wife, Jean," said Jill Waycaster West, development officer for the Ole Miss First Scholarship program. "I think it’s wonderful they saw this scholarship as a way to both give back to the university and honor the memory of a special and influential person."

"I remember when Pat went to Ole Miss, Dad was so proud of him," said Nancy Faye Scott, the youngest daughter of Roger Q. Scott. "My father loved to help people and I am honored Pat gave this scholarship in his name. "My dad would be so proud. He did love Ole Miss."

Scott, a veteran of WWI, was born in the Lee County community of Birmingham, near Tupelo. He attended UM and played football in the early 1920s. He and his wife, Lucy, moved from Baldwyn to Pensacola in 1938 when he took a job as an electrical engineer and manager of retail operations with Gulf Power Co.

He become a respected member of the Pensacola community, was active in the Lions Club and played an important role in youth recreation. He was a member of the Pensacola Recreation Board for 20 years, serving as its chairman for many of those years. He also served as president of the Pensacola Sports Association. According to a 1964 article that ran in the Pensacola Journal, Scott was considered to be "a leader in laying the foundation for and expanding the excellent recreation program that is conducted by the city of Pensacola." Before Scott died in 1964, a new athletic complex in the community was named for him.

"Mr. Scott was head of the youth rec program in Pensacola and he got me a summer job there," Massey said. "I was the softball score keeper and I would umpire for baseball games, that sort of thing. We had a good time."

Even though Scott lived most of his adult life in Florida, he never forgot his Mississippi roots. When he saw an opportunity to help Massey and other boys in his neighborhood, including Frank Crum (who went on to play football with Massey) and Billy Renfro (who played basketball), attend Ole Miss, he jumped. He wrote a letter to legendary Ole Miss football coach Johnny Vaught, recommending Massey for the team.

"Mr. Scott went to Ole Miss and wanted to help other students go there, too," said Clay Massey, Pat’s son. "My dad thought that letter was instrumental in his going to Ole Miss."

Massey was awarded a full athletic scholarship and came to Oxford in 1948. He started at defensive halfback his sophomore year and was chosen president of the M Club. He graduated in 1953 with a degree in business administration.

After graduating, Massey worked for 25 years at Compass Bank in Birmingham, serving as a loan officer and branch manager. He is active in his community, serving as president of the Eastwood Kiwanis club. He and Jean are members of Mountain Brook Baptist Church, where Pat is a deacon and where both have held various leadership positions.

And now, just as Scott helped him, Massey hopes this scholarship will make it possible for more deserving students to attend Ole Miss.

The gift is part of the university’s MomentUM campaign, a four-year initiative to raise $200 million. The campaign, which ends in December 2008, already has raised more than $180 million for scholarships, graduate fellowships, faculty support, a basketball practice facility, residential colleges and a new law school on the Oxford campus. Also in the plan is a cancer center at the UM Medical Center in Jackson.

In the Ole Miss First flexible giving model, donors give $25,000 to assist one student for four years and are encouraged to be a part of the leadership/mentorship initiative with the scholarship recipient throughout his or her tenure at Ole Miss.

For more information about the program, visit http://www.omfirst.olemiss.edu.