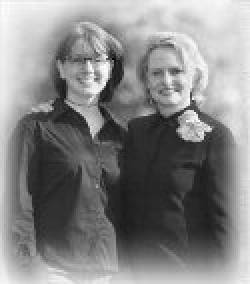 April Taylor remembers the evening she broke down sobbing to her mother. Her high school graduation was nearing, the family could not afford to send her to college, and anticipated scholarships were not materializing. April had lost all hope

The next morning, April found a package from the University of Mississippi that the postman apparently left on the family’s car the day before.

In poignant moments, April read the enclosed letter and reclaimed her belief that her future would hold great promise.

The Ole Miss Women’s Council for Philanthropy offered her a scholarship and the opportunity to be mentored by university alumnae. Not only could April now benefit from a college education but she also was given an instant community of supportive people.

“The scholarship was such a blessing. I didn’t know how I was going to make it,” April says. “The women who make up and participate in the Women’s Council are awesome. They have become my role models.”

Coming from the small community of Smithdale in southwest Mississippi, April says, “College has been an eyeopening experience. I’ve learned just as much about life as I have academics.”

An English and journalism major, April also is a student in the university’s Sally McDonnell Barksdale Honors College, which funded her summer 2004 internship with the Institute for Philanthropy and Voluntary Service through the Fund for American Studies in Washington, D.C. All Women’s Council scholars at Ole Miss are encouraged to impact society following graduation, and through this internship, April worked as a camp counselor and learned how to develop a non-profit organization.

April hopes to make a difference through her chosen career of teaching. “I had some great high school teachers who taught me to be a servant leader,” April says. “I am a behind-thescenes- type person — always deeply involved in organizations but never the president. My teachers showed me that my chosen role was important and that my contributions could make an important impact.” As a scholarship recipient, April recognizes those who provide resources to students. “Very simply, I would not be attending college if it weren’t for a scholarship. The support is allowing me to reach goals and form larger goals, which not only focus on personal dreams but also on things I can do to improve my community and the world.”

Ellen Rolfes, architect of the Women’s Council and the university’s major gifts officer, says, “April Taylor Broussard is the essence of the vision of the Ole Miss Women’s Council because her life’s work will help to create a more caring and ethical society.”

The scholar is now April Taylor Broussard, after choosing a life partner who also wants to make contributions to society. Husband John Broussard is a senior majoring in biochemistry and plans to enter the U.S. Army Medical Corps.