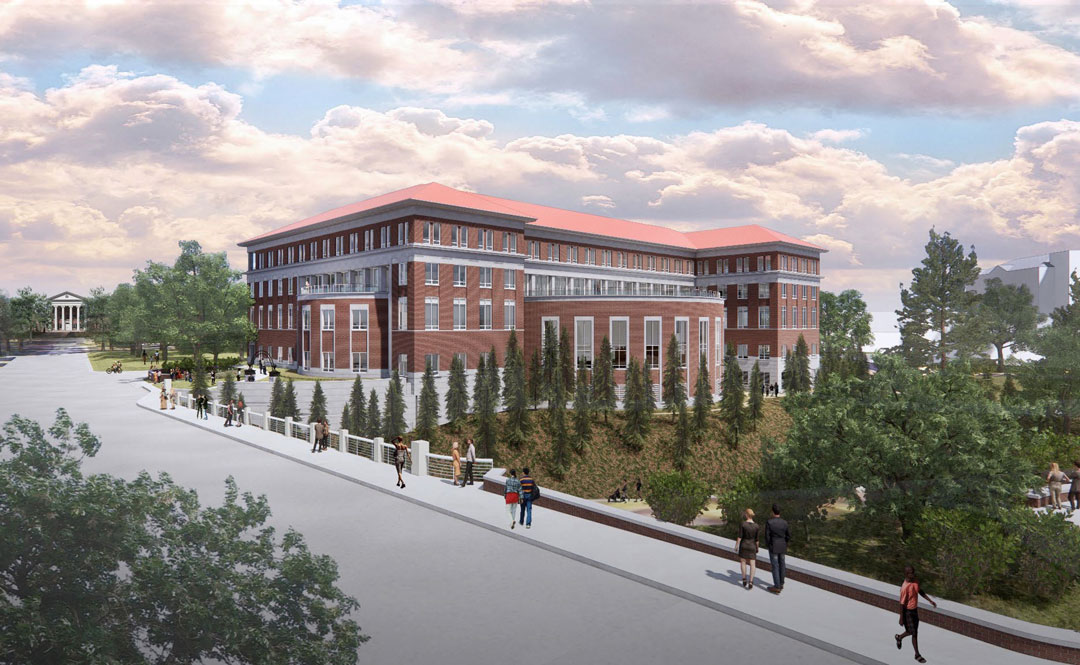 Ed and Barbara Krei of Edmond, Oklahoma, have a long, generous history of supporting the University of Mississippi, especially the Patterson School of Accountancy.

In recent years, they established an accountancy lectureship endowment that was later elevated to the chair level. Though they’ve provided more than $1.5 million to support the accountancy school’s faculty and students, the couple is expanding their already impactful legacy with a $600,000 gift to the Patterson School of Accountancy Building Fund.

“The University of Mississippi has established a world-class accountancy program with its Patterson School of Accountancy,” Ed Krei said. “A world-class school needs a world-class facility and, after reviewing the plans for the new accountancy building, I’m convinced the plans will accomplish that objective.

“When completed, the new building that has been designed for the Patterson School of Accountancy will do much to add to the success of what is already a remarkable program.”

Gifts to the Patterson School of Accountancy Building Fund go toward the construction of a four-story building that will house the school. The 110,000-square-foot structure will overlook the Grove from the corner of University Avenue and Grove Loop. When completed, the building will provide study spaces, administrative and faculty office suites, outdoor spaces, such as balconies and terraces, and new tiered auditoriums and advanced classrooms.

“We appreciate so much Ed and Barbara’s generous support of the Patterson School of Accountancy over the years,” said Mark Wilder, dean of the Patterson School. “We are honored to have one of our faculty members, Dr. Kendall Bowlin, receiving support from the Krei Chair of Accountancy and are proud that one of our large first-floor classrooms in the new building will bear the Krei name.

“Our program is experiencing many successes these days. We have outstanding faculty members committed to becoming the No. 1 accounting program in the country. Our student quality gets stronger each year. Many of our students receive prestigious CPA exam awards, and we place our graduates all over the country. We believe our new building will enable us to reach even greater heights of excellence.

“Ed Krei has enjoyed a remarkable career. We are proud to have him in the Patterson School Hall of Fame and are grateful for all that he and Barbara have done to help our school,” Wilder said.

Ed Krei, a member of the UM Foundation Board of Directors, earned a bachelor’s degree with honors in business administration with an emphasis in accountancy from Ole Miss in 1973. Accountancy was part of the School of Business Administration until 1979, when it became a separate school.

He was a gold medalist on the CPA exam in Tennessee and has served on the faculty of numerous banking schools. He is also a trustee of the Oklahoma City Community Foundation.

Krei fondly recalled his years as a student at Ole Miss, especially the support and guidance he and other students received from the accountancy school’s administrators and faculty members, such as the late Professor Gene Peery.

“What was always so meaningful to me was the interest the faculty took in their students, whether it was inside an accountancy classroom or outside the classroom at a School of Business Administration event,” he said.

For instance, the Mississippi Bankers Association conducted its annual banking school on the Oxford campus. For many years Krei was a member of that school’s faculty. Shirley Crawford was the school administrator and knew how much he respected Gene Perry. She told Mr. Peery when Krei would be presenting at the school, and Peery sat in on Krei’s classes on more than one occasion.

“It was a simple thing, but that was the greatest compliment I could have received from someone I admired so much,” Krei said. “I owe much credit to people at Ole Miss like Shirley and Eddie Crawford and Gene Peery who created their legacy of inspiration and service to Ole Miss students.

“Because of the variety of ways that the School of Accountancy supported me as a student as well as in my career after I graduated, I appreciate being able to support the school.”

UM’s School of Accountancy is the top accounting school in the SEC and has ranked among the top 10 programs nationally for a decade. Big4AccountingFirms.org recently ranked the program as No. 8 in the nation.

In 2021, UM granted a record number of accounting degrees — 588 — with 253 of those being master’s degrees. Over the three-year period from 2020 to 2022, eight Patterson School students earned the prestigious Elijah Watts Sells Award, the most renowned CPA exam award worldwide. This ranks the Patterson School No. 1 in the SEC and tied for No. 4 nationally in the number of Sells awardees over the past three years.

The Kreis’ gift to the Patterson School of Accountancy Building Fund adds to Now & Ever: The Campaign for Ole Miss, a historic fundraising initiative to secure $1.5 billion in private support to strengthen the university for generations to come.