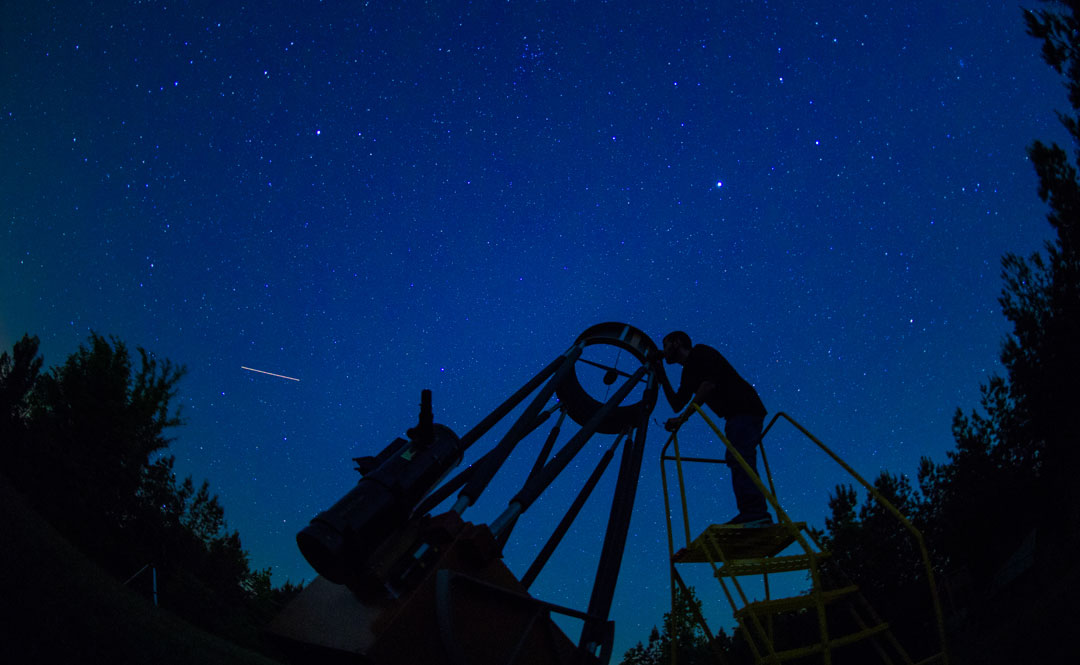 The Dr. Donald Summers Undergraduate Scholarship Endowment and the Dr. Donald Summers Graduate Student Fellowship Stipend Endowment will enable University of Mississippi students to pursue work in the Department of Physics and Astronomy. The late professor dedicated his professional life to teaching and conducting research.

The late Donald Summers loved studying the universe and spent his career as a University of Mississippi professor teaching astronomy and conducting physics research. Now, a gift in his name will enable students to reach for the stars.

“We are extremely grateful for this generous gift that will provide valuable scholarship support to students studying physics and astronomy, enabling them to pursue their dreams,” said Lee Cohen, dean of the College of Liberal Arts. “Dr. Summers was a dedicated teacher and a productive researcher who made a difference and strengthened the academic reputation of our university. I know of no better way to pay tribute to his life’s passion than to fund scholarships in his name.”

When Summers was an undergraduate, he knew he wanted a career in higher education. But he didn’t want his work to be limited to conducting research in physics and astronomy; his desire was to teach, as well.

“These scholarship endowments will provide great assistance in our efforts to recruit strong students,” said Luca Bombelli, chair of the Department of Physics and Astronomy. “These funds are consistent with Dr. Summers’ commitment to graduate education, as he has helped doctoral students earn degrees and move on to successful careers. We hope to extend his dedication with these two new endowments.”

Donald Summers began his philanthropic support of UM students years ago. His gift of $175,000 created an endowment to help graduate students pursue degrees in experimental particle physics and he later increased the endowment with a gift of $87,000. Summers named the fund in honor of James J. Reidy, former chair and professor emeritus of physics and astronomy, whom he credited with bringing the university to the attention of the international scientific community through high-energy physics research.

“I saw the opportunity to help with what I consider to be a real need of our graduate students, while also honoring Dr. Reidy, who started particle physics research here,” said Summers about the 2013 gift. “I think we have to provide more support to our graduate students, so they do not have to work full time while pursuing important research.

“Funding for higher education is much more challenging these days, and at the same time teachers for the sciences are scarce in many parts of the country. I saw this gift as a way I could make a real contribution to address these needs,” the late professor said.

Summers also established the Dr. Lee N. Bolen Jr. Scholarship Endowment in 2015 with gifts of almost $50,000 to provide scholarship assistance to physics undergraduate or graduate students and to honor the now late Bolen, another professor of physics.

Summers was recruited to Ole Miss in 1989 and rose to the rank of full professor in 2002. His research interests were focused on the investigation of the fundamental nature of matter. The professor collaborated on high-energy physics experiments at Fermilab in Illinois and at CERN, the European Organization for Nuclear Research headquartered in Switzerland.

Summers worked on the discovery of the W+, W- and Z0 heavy particles, which mediate all weak interactions, and this discovery at CERN was eventually awarded the Nobel Prize. With Mississippi’s experiment at Fermilab, Summers accumulated the world’s largest sample of heavy charmed quarks, a type of elementary particle and a fundamental constituent of matter.

“Dr. Summers was a long-term member of our high-energy physics research group and was very successful in helping the university gain prominence and external funding for our research,” Bombelli said.

Summers, Reidy and other faculty members in UM’s high-energy physics research group built a reputation for their work and also for advancing the understanding of this research. All were members of QuarkNet, a program involving some 60 universities and laboratories across the nation.

The program brings high school students, physics teachers and particle physicists together to further physics education. Teachers and students work with real data from one or more laboratories in the organization and learn how to interpret the data. Other activities include fabricating components for the large detectors at Stanford or CERN and building a portable cosmic ray detector that can be used in the classroom.

Outside of his teaching and research, Summers attended St. Peter’s Episcopal Church of Oxford, Mississippi, and was a generous donor to its many social programs.

For more information on supporting the Department of Physics and Astronomy, contact Caroline Hourin, development associate for the College of Liberal Arts, at cehourin@olemiss.edu or 662-915-6385.