skip to Main Content
Alumni and friends step up with $2.541 million 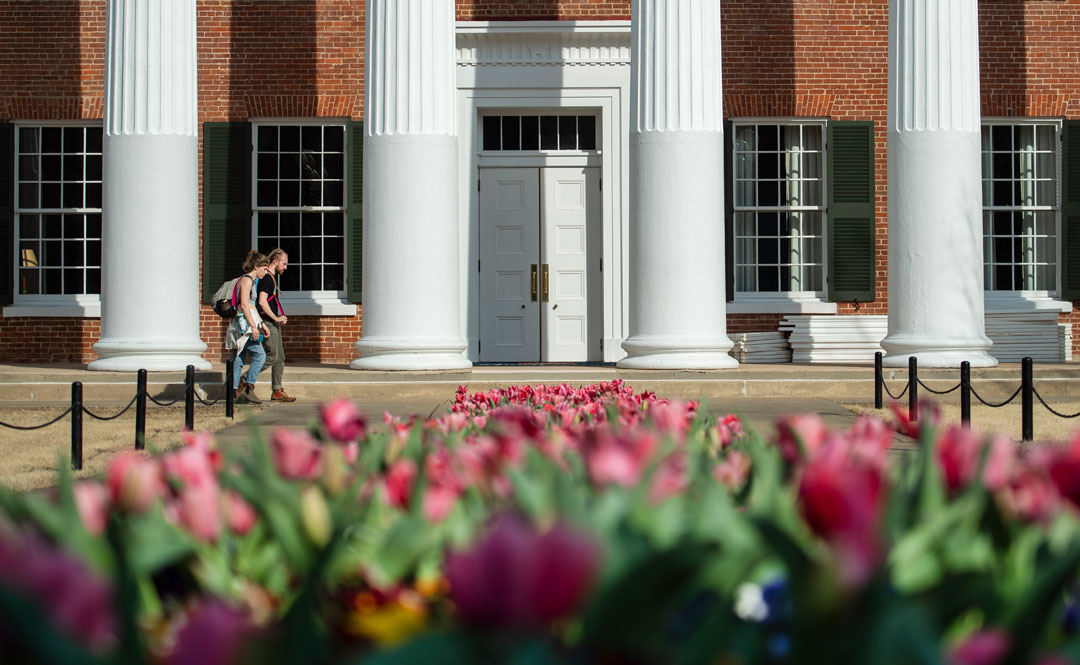 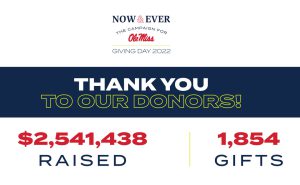 When the last online donation was made Wednesday (April 6) for Giving Day 2022, the University of Mississippi’s loyal donors had united to set unprecedented fundraising records for academics.

This year, 1,491 Ole Miss students, parents, alumni, friends, faculty and staff members contributed 1,854 gifts totaling more than $2.541 million – the most ever for Giving Day – elevating vital resources to provide a margin of excellence in academic programs.

“The Ole Miss family responded with incredible enthusiasm to Giving Day, and we are extremely grateful for the outpouring of private support that will strengthen our academic programs and our student experiences,” Chancellor Glenn Boyce said. “We also are thrilled to receive a remarkable $1 million gift from an anonymous donor family, who directed it to the Chancellor’s Trust, a fund that allows us to address the greatest opportunities on campus.

“We thank all those who made important challenge gifts to fuel the momentum of Giving Day and for every dollar given to propel our university forward. The impact of our collective giving will be felt for years to come.”

The social media-driven Giving Day 2022 launched April 5 and continued for 1 day, 8 hours and 48 minutes in honor of the university’s founding year of 1848. Besides attracting gifts of all sizes for the 25 participating schools, colleges and programs, the event encouraged alumni and friends to become engaged in developments at Ole Miss.

All funds raised are part of Now & Ever: The Campaign for Ole Miss, which has a goal of securing $1.5 billion to enhance the university for future generations.

Besides the anonymous gift, other notable contributions included $250,000 from Doug Self, of Atlanta, president of JDouglas, for the construction of a new home for the Patterson School of Accountancy. A $100,000 gift from Kirk and Shelly Morgan, of Lexington, South Carolina, was directed to the College of Liberal Arts to help recruit and retain top faculty.

Mississippi Teacher Corps director Joe Sweeney and his wife, Elizabeth, pledged $60,000 to the MTC program in the School of Education, where they met and launched their careers. Jay Harris, of Birmingham, Alabama, contributed $50,000 to a new accountancy scholarship for out-of-state students.

Cindy and Bob Seibels, of Montgomery, Alabama, gave $40,000 to establish new scholarships for the Center for Innovation and Entrepreneurship, part of the School of Business Administration.

Fifty-seven challenge gifts from alumni and friends kept the momentum running high throughout the campaign. Wanikki Vance-Clark, of University Park, Illinois, offered a $25,000 gift in support of scholarships for students studying early childhood education if 25 people made a gift of any size.

Madison Charitable Foundation issued three challenges: one for $10,000 if 15 people made a gift to the Gertrude C. Ford Center for the Performing Arts, a second for $10,000 if 20 people made a commitment to the University Museum and Historic Houses and a third for $7,500 when 20 people joined to support the Grove Grocery Food Bank on campus.

Ann and Ed Peacock III, of Clarksdale, offered a $100,000 gift once 50 people who joined them in supporting students who need outpatient therapy for drug and alcohol addictions but cannot afford it. The funds go to the Edward Peacock IV Student Addiction to Recovery Support Fund, which the couple created to honor the memory of their son.

Football coach Lane Kiffin provided two $5,000 challenge gifts that were quickly unlocked. The first was to the School of Pharmacy when 50 gifts were made, and the second supported the William Magee Center for Wellness Education when 25 people contributed.

Marc Rosen, of Atlanta, a supporter of the Center for the Study of Southern Culture, gave $5,100 to his Graduate Student Support Fund once the center received 20 gifts.

Now & Ever: The Campaign for Ole Miss co-chairs Debra and Maj. Gen. Leon Collins, of Madison, and Leigh Anne and Sean Tuohy, of Memphis, provided a $5,000 gift to the school that secured the most gifts during the first two hours of Giving Day. The School of Law captured first place.

The Annexstad Family Foundation, of Tiger, Georgia, which supports the Sally McDonnell Barksdale Honors College, offered $5,000 if 40 people would make gifts to the Honors College.

Ole Miss Women’s Council for Philanthropy members Karen Moore, of Nashville, Tennessee, and Mary Susan Clinton, of Naples, Florida, made a $5,000 challenge to honor the late Kathy Manning Loeb by supporting the council’s Mentorship-Leadership Fund named in her memory. Unlocking the challenge were 10 donors to the new fund.

Chancellor Boyce and his wife, Emily, offered $2,500 for the academic department or school that secured the most gifts at lunchtime Wednesday, and the Division of Diversity and Community Engagement won.

Mike and Donna Glenn’s $5,000 challenge for the most gifts during the final hours was awarded to the School of Pharmacy. The Eads, Tennessee, couple’s challenge brought in 211 gifts among competing schools.

Top performers in the campaign according to most dollars raised were the Patterson School of Accountancy, College of Liberal Arts, William Magee Center for Wellness Education and the School of Education. The leaders in having the most donors were the schools of Pharmacy, Law and Education, and the Division of Diversity and Community Engagement.

The leaders in having the most gifts – people could donate multiple times – were the Division of Diversity and Community Engagement, and the schools of Pharmacy, Education and Law.

“We are excited and grateful that the Ole Miss family came together and supported our university,” said Maura Langhart, director of annual giving in the Office of University Development. “We extend our sincere thanks to all those who responded, once more illustrating the amazing passion and commitment alumni and friends gave back to this place that they love.”

This was the third Giving Day hosted by Ole Miss; the first, in 2019, secured almost $550,000. The event planned for spring 2020 was quickly changed to a campaign to help Ole Miss students with challenges during the COVID-19 pandemic. The 2021 event brought in $2.48 million.

“Once the Ole Miss family saw the action, they jumped in and responded in an amazing way,” said Charlotte Parks, vice chancellor for development. “Rebels appreciate the great responsibility we have as the flagship university and recognize that resources are needed to be able to offer the scholarships, faculty support, technology, facilities and service opportunities that define us.”

For more information on ways to support the university, go to https://give.olemiss.edu.