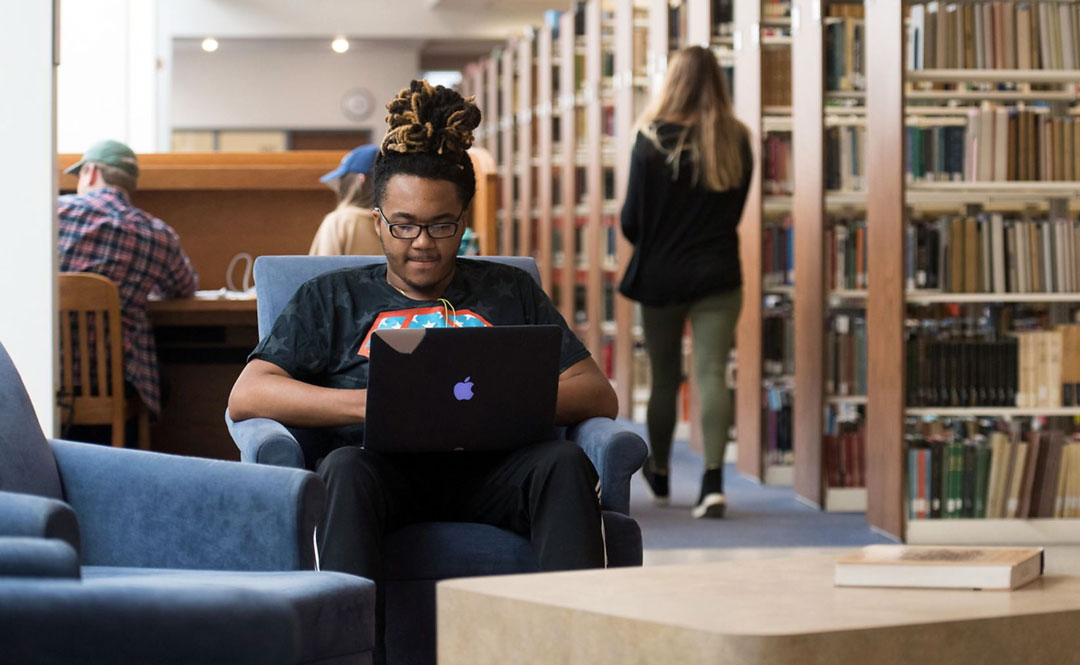 Having taught future doctors at the University of Mississippi Medical Center for 45 years, Dr. Ralph Vance understands the importance of supporting an education through research.

“When I was coming up, we didn’t have internet. You couldn’t just run home and do research online; you had to go to the library to get that done. So the library had a real face to me,” said Vance, a 1968 and 1972 graduate of UM and UMMC respectively.

After retiring from UMMC in Jackson, Mississippi, 12 years ago, Vance moved to Oxford, Mississippi, where he’s now president of the Friends of the Library, the support society for the University of Mississippi Libraries. He hopes his recent $50,000 gift to the organization will help improve the ambiance of the J.D. Williams Library, enhancing the welcoming, comfortable research center that he remembers.

Vance believes the library’s goal of hiring an archivist tasked with collecting and preserving its history will help transform the library into ground zero for students’ pursuit of knowledge.

“A lot of data is stored digitally. That’s what an archivist can help with — getting all that in order,” Vance said. “And it can’t be done overnight. It’s going to take a while, so we’re probably going to have to hire an assistant too.

“That’s where future monies can be made very useful. People who want to make a difference at the university should give to the Friends of the Library. Your dollar will go where it is needed,” the donor and alumni volunteer said.

Library Dean Cecilia Botero said Vance’s gift and others will help accomplish goals for which there were previously insufficient resources.

In addition to establishing an endowment to support hiring a university archivist, areas of need include:

“We are extraordinarily excited about the potential gifts like Ralph’s hold: increasing our informational offerings in support of both instruction and research and providing access to technology, both established and emerging,” Botero said.

Vance hopes his gift will inspire others to make similar contributions to the Friends of the Library.

“I think setting an example of giving is very important,” he said. “There are a lot of entities at the university that have little trouble raising private support. But this is an opportunity that will allow people to be proud to step up to the line and say, ‘I’m going to help.’ I’d like to think that I can be a part of that — of a welcome-back-to-the-library sort of phenomenon.”

After medical school, Vance completed an internship, residency and fellowship in oncology. He was then asked to stay at UMMC and teach.

“I said I’m going to stay one year and 45 years later, I walked out,” Vance said. “I couldn’t have taught that long without loving it. I didn’t realize when I started how fun it was going to be to look at a young student and see a lightbulb turn on and realize that I had a little bit to do with making that happen.

“It was one of the most pleasant lives that anybody could wish for,” said the professor.

Vance, a Jackson native, and his wife, UM alumna Mary Douglas Allen Vance of Canton, Mississippi, were introduced to each other in sixth grade. They married after Vance finished medical school and now have two adult children.

In addition to Friends of the Library, Ralph Vance has served as national president of the American Cancer Society and on the Oxford Film Festival board of directors. He is involved with United Way of Oxford and Lafayette County and serves in the vestry at St. Peters Episcopal Church. Douglas Vance, who sings in the St. Peters choir, has served on the Yoknapatawpha Arts Council board of directors and is involved with the Cedar Oaks Guild.

The Friends of the Library Endowment is open to support from businesses and individuals. Gifts can be made to by sending a check to the University of Mississippi Foundation, with the fund’s name noted on the memo line, to 406 University Ave., Oxford, MS 38655 or by visiting https://umfoundation.givingfuel.com/nowandever.

For information on supporting the University of Mississippi libraries, contact Daniel Wiseman, senior director of gift planning, at daniel@olemiss.edu or 662-915-7601.