skip to Main Content
Support Enables Students to Rock On 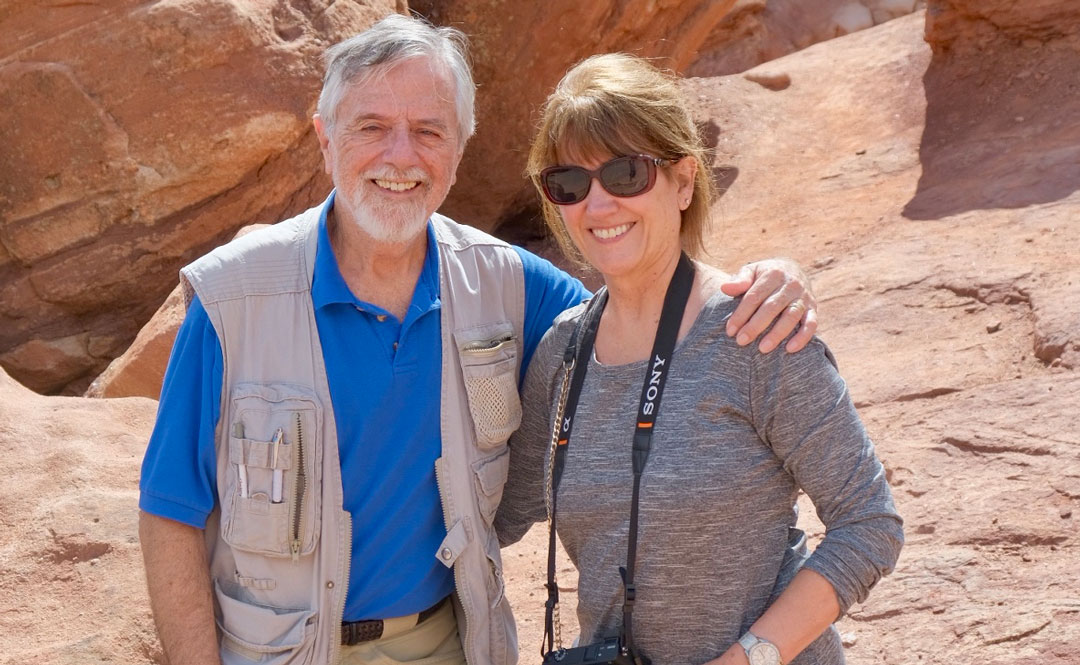 Stephen and Kaye Franks hope to help UM geology students achieve their goals by making a gift in honor of Stephen Franks’ parents.

A gift to the University of Mississippi from Stephen and Kaye Franks of McKinney, Texas, will enable students to further their studies and launch careers in the geosciences field.

The couple’s gift establishes the Jesse Dee and Marjorie Franks Geology Fund within UM’s Department of Geology and Geological Engineering.

Franks, who earned a master’s degree from the university in 1971, has spent more than 40 years in the petroleum industry, including work at Atlantic Richfield’s Exploration and Production Technology Co. in Plano, Texas, and with Saudi Aramco’s Advanced Research Center in Dhahran, Saudi Arabia.

At Ole Miss, he decided to go into geology and was inspired to delve deeper into the field by former geology faculty members Velon Minshew and William Reynolds.

“We hope the Jesse Dee and Marjorie Franks Geology Fund will help the department continue to be a positive influence in the lives of future geoscientists,” Franks said of the gift. “Specifically, we want to help students in any way we can, but we also do not want to restrict the use of the funds to any particular area. We feel that the department knows best what its greatest needs are at any given time.”

Gregg Davidson, chair of the Department of Geology and Geological Engineering, says the gift will be used, in part, for field-camp scholarships and for an innovative, educational “rock wall” currently in the planning phase for Carrier Hall.

“Had I not attended Ole Miss and been mentored by Drs. Minshew and Reynolds, I am not sure where or what I would have ended up doing,” Franks said. “My wife, Kaye, and I want to acknowledge their influence by giving something back to the department. We also want to acknowledge my parents, Jesse Dee and Marjorie Franks, by naming the Geology Fund in their honor. Their support of me was always unwavering.”

“It was important to Dr. Franks to create a fund that honored his parents. Through his generous gift, the geology and geological engineering department is positioned to utilize these funds in a manner that greatly benefits faculty and students,” Carter said.

Davidson first came in contact with Franks in December 2018, when the latter was planning a trip to Antarctica. Franks was searching for a university banner to hold for pictures to represent the school during his trip.

“We made a large banner just for his trip, and he was thrilled,” Davidson recalls. “We stayed in touch after that.

“It’s quite meaningful to us when one of our own gives back,” Davidson continued. “That speaks to the success of the program; we’re not just giving degrees. It’s a testament that people have made a connection with the program.”

Individuals and organizations can make gifts to the Jesse Dee and Marjorie Franks Geology Fund by sending a check with the designation noted in the memo line to the University of Mississippi Foundation, 406 University Ave., Oxford, MS 38655; or online at www.umfoundation.com/makeagift.

For more information, contact Greg Carter, development officer for the School of Engineering, at gjcarter@olemiss.edu or 662-915-1849.