skip to Main Content
Creativity Tactics Raise Over $630,000 for Philanthropies 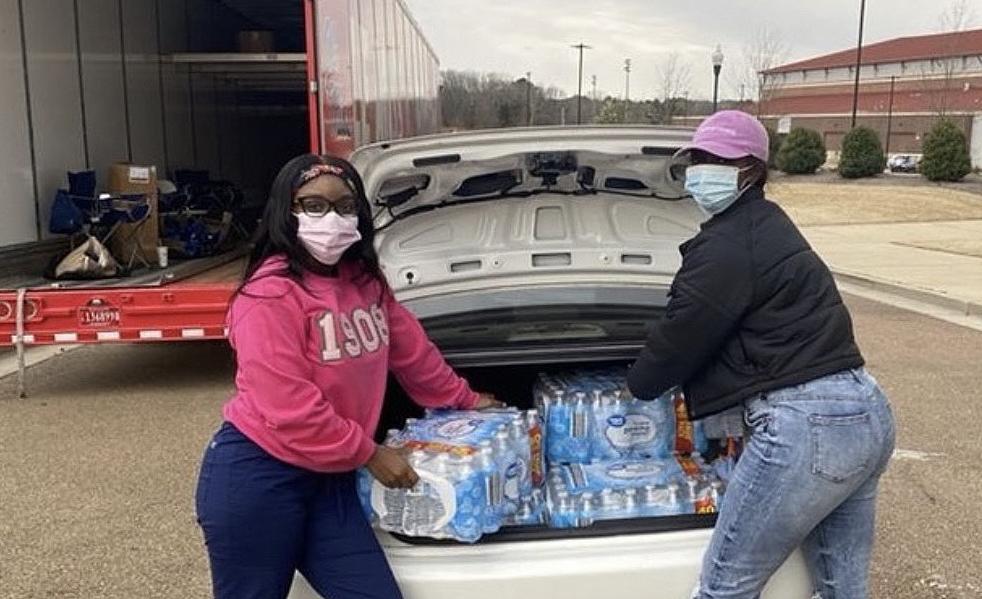 These are just some of the completely new ways to raise money the University of Mississippi‘s fraternities and sororities have created while collecting more than $630,000 for philanthropic causes during the pandemic. The students’ innovations have come to keep the good work going while also keeping campus safe from the spread of COVID-19.

“COVID-19 has taught them how to do some really fun, cool things they wouldn’t have had to do before,” Doctor said. “And they’re going to continue to raise money and do community service that benefits everyone. I’m so proud of them and so blessed to be part of this.”

Doctor said he’s seen firsthand their commitment to serving their community, and it’s been inspiring. The impressive amount of funds and resources they’ve raised are the proof of that, he said.

“Tough times bring us even closer, though I’m not sure if that was even possible, but they are all very close to each other in the Greek community,” Doctor said. “These times highlight how our fraternities and sororities are also close to the university community, and the Oxford-Lafayette community.

“They feel a sense of being a part of the greater world and the responsibility to do their part to help everyone be their best.”

Jocelyn Knox, a senior accountancy major from Jackson, is a member of Alpha Kappa Alpha. AKA moved all its events from live and in-person, to virtual, but that didn’t hinder the sorority’s work, she said. They’ve collected more than 100 pair of shoes to be donated around the world through AKA’s global impact program, Soles 4 Souls.

The sorority also has continued to educate Ole Miss students on how to build an economic legacy, on the importance of African American arts, and on women’s health and wellness, as it would during any normal school year. The experience truly has shaped her life, said Knox, who also serves as vice president of the Black Student Union.

“To be a part of this reminded me of the very reason why I joined this organization,” she said of AKA. “This allowed me to be a part of something larger than myself, to set relief to problems rather than adding to them.

“Being able to serve my community at large during COVID-19 has been nothing but a pleasure.”

The pandemic has taught many students just how much good work there is to be done, said Grace McKissick, 2021 Panhellenic Council president.

“As a member of the Panhellenic Council, I am grateful for the opportunity to give back to the Oxford community and to be a steward of our time and resources,” McKissick said. “There is substantial need right here in Lafayette County, and I am thankful for what our council has done and will continue to do in helping to meet our community’s needs and providing relief.”

Besides raising money for its traditional charities, the council also has taken significant steps in COVID-19 relief, McKissick said. It donated $10,000 to the Rebel Aid fund last spring, which directly aided Ole Miss students in need.

“In fall 2020, we hosted a virtual CARE Walk and raised $44,000 for the Baptist Breast Cancer Center,” McKissick said. “We have also financially supported Court Appointed Special Advocates, Feed the Sip and several other local organizations.”

Students have done much more than simply raise money, she said, noting that this is a longstanding trend, one that has helped much more than just COVID-19 relief.

“Beyond financial contributions, the women of the Panhellenic community have served in many capacities to meet the needs of Lafayette County throughout the pandemic,” McKissick said. “Our women have consistently served at Grove Grocery, LeapFrog, More Than a Meal and in various organizations both on and off campus.

Nathan Foxworth, a senior biochemistry major from Columbia, will be enrolling at the UM Medical Center’s School of Medicine this fall. He’s also president of Sigma Nu and said his chapter has responded strongly to help those in need.

The fraternity conducted two blood and plasma drives over the last year, in which 39 people donated blood, resulting in more than 100 units collected.

“If they tested positive from the first drive, they were able to donate their plasma in the second drive.”

“We also created giveaways and graphics for Instagram to boost our profits,” Foxworth said. “Once we received this money, we sent the funds to Grove Grocery and Oxford Food Bank so that they could buy the specific items they needed rather than giving them a bunch of random canned food items.”

Through this effort, the fraternity raised about $3,200 in donations, winning Grove Grocery’s competition for most money raised.

The chapter also raised funds for Charity Bowl, Sigma Nu’s annual charity football game, through Facebook this year, since there was no admission revenue from an actual game, Foxworth said. The work led to $168,000 being raised, and the chapter is planning its 2021 Charity Bowl.

In its history, the event has raised more than $2 million to help with equipment and other needs for those with mobility issues.

Foxworth said being involved in Sigma Nu’s work has shaped him in many ways.

“It is fulfilling to be able to serve our community in such a time of need,” Foxworth said. “Our core values are ‘love, truth and honor,’ and we have tried to live those out through the support of the community since last March.

“Being able to serve alongside each other for a common goal helps foster a better since of brotherhood, in a time in which many of us have had to be separated from each other.”

The difference the students have made are a testament to what Doctor said he believes is one of the major benefits of being involved in a Greek organization on campus.

“That’s the confirmation for me,” Doctor said. “At the end of the day, the ultimate purpose of fraternities and sororities is to make the world a better place. I feel overjoyed. There’s a real sense of pride I have to be a leader of the Greek community here.”

Doctor said he believes the innovations will continue, and Greek life will continue to see its impact on the community only grow in the years to come.

“I always tell them that we’ve never arrived,” Doctor said. “We’ve never reached the bar, because we can keep on pushing it.

“The future I see is our students continuing to push and exceed the previous year, and I see us expanding and gaining some new communitywide partners across our chapters to benefit everyone.”