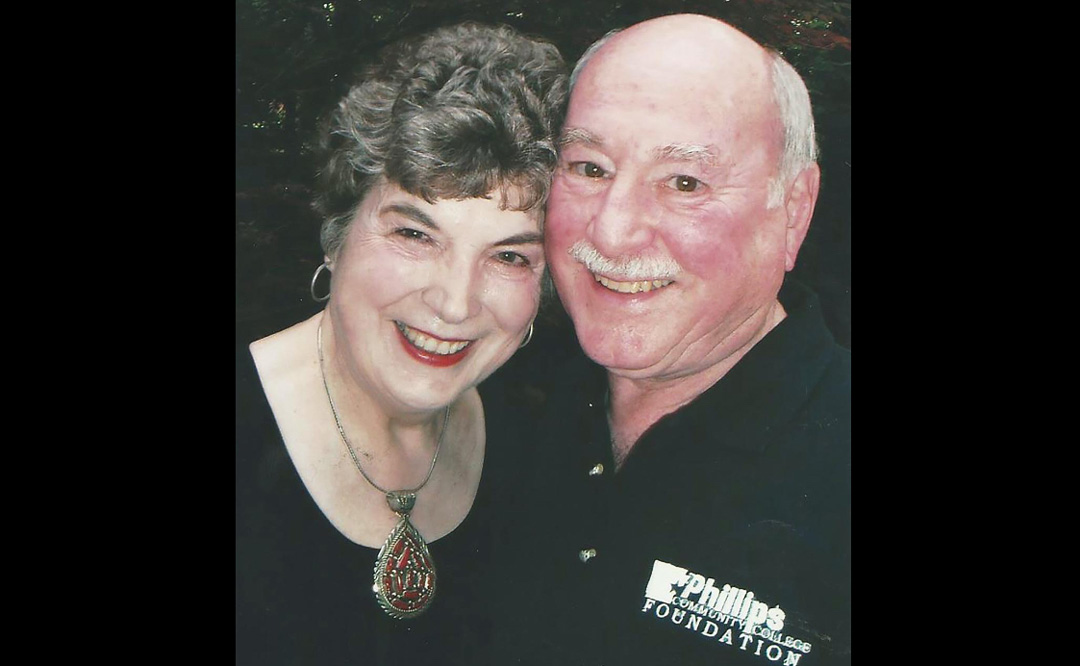 Gate 12 of the University of Mississippi’s Vaught-Hemingway Stadium will bear a new name — the Bettye and Dick Hendrix Family Gate — and stand as a monument to the lineage of Woodruff and Hendrix family members who graduated from Ole Miss.

Bettye W. Hendrix of Helena, Arkansas, a 1956 graduate of the College of Liberal Arts, made a $250,000 gift to the Forward Together campaign, which bolsters facilities and programs for student-athletes.

While the gift honors more than 20 members of her family – all of whom attended Ole Miss – it represents an especially appropriate tribute to Hendrix’s father and brother, both Rebel football players.

“One of my favorite memories includes being there on the first day of the signing period when Coach Vaught came to our home to share breakfast and sign my brother to play for Ole Miss.”

“Gifts like these are inspiring to others who may be considering whether the timing is right to give back to Ole Miss. Other potential donors will see Bettye leading the way toward increased support and hopefully feel that they want to contribute too,” Carter said.

“We are extremely grateful for her support and her desire to see our student-athletes succeed in their particular sports, in the classroom and in life beyond college.”

“I am sure I have left out someone, but you can see that we are and have been an Ole Miss family for six generations!” Hendrix said.

Additionally, the gift honors her late husband, Dick Hendrix, a 1955 graduate of the School of Business Administration. The two met at Ole Miss through mutual friends.

“I completed my studies in three years, receiving my BSHE one weekend and marrying the following weekend,” Hendrix recalled.

In college, Hendrix was a member of Kappa Kappa Gamma. After graduating, she taught high school in Helena for 21 years while Dick Hendrix owned and managed the family retail shoe business. Both were actively involved in community improvement projects, and Bettye Hendrix now serves as chair of the Helena Regional Medical Center Board and the Helena Health Foundation Board.

Hendrix hopes her gift will help Ole Miss “continue to impact hearts and lives in a positive way. We formed lifelong friends and contacts,” she said. “When my brother died three years ago, his service was held in the Batesville Methodist Church and was attended by several pews full of his former Ole Miss teammates.”

“The gate naming initiative plays an integral role in completing the $200 million Forward Together campaign,” said Fowler Staines, CEO of the Ole Miss Athletics Foundation. “With $188 million raised toward a multitude of capital projects, we can’t thank our donors enough for their generosity and unwavering support.”

For more information about the Forward Together campaign or the gate naming initiative, visit https://givetoathletics.com or contact Denson Hollis at 662-915-8455 or dhollis@olemiss.edu.