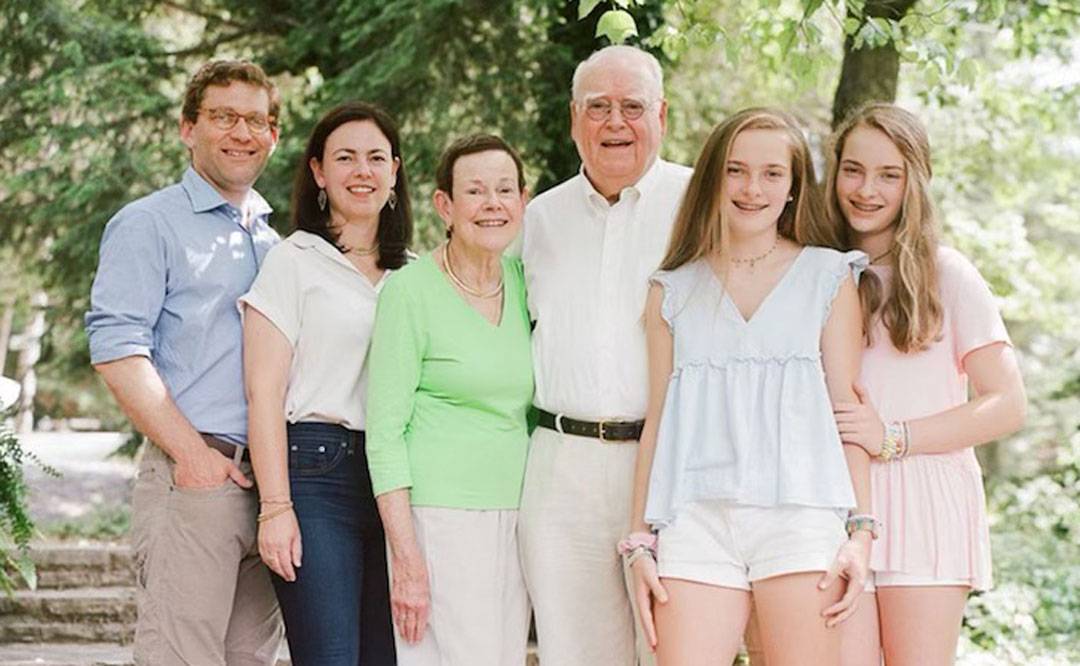 It may be impossible to measure the impact one’s life has had on others; however, for Alpine Camp for Boys founder and University of Mississippi alumnus Dick O’Ferrall, the number would be very high.

The Outdoor Recreation Suite at the new South Campus Recreation Center on the Oxford campus will be named for O’Ferrall, honoring his uplifting legacy of mentoring boys and young men about faith and the outdoors. The Ignite campaign has a $100,000 goal. “I’ve been here at Alpine some 60-odd years now and through that time I have had the opportunity to work with some outstanding young men. There have been thousands. Thousands! It’s just been a blessing for me,” said Dick O’Ferrall, of Lookout Mountain, Tennessee.

Boys and young men have passed through the gates of Alpine as campers and counselors since O’Ferrall and his wife, Alice, became the sole owners. Located on scenic Lookout Mountain in Mentone, Alabama, the camp has served generations of families, and “Mr. O,” as he is affectionately known, remembers all campers.

“He’s so good with names and he knows so many different people,” said Glenn Breazeale, O’Ferrall’s son-in-law and an Ole Miss alumnus, who serves with his wife, Carter, as camp directors. “Somebody said it’s because he has a heart for people. He genuinely does possess a deep care and concern for individuals, and so he remembers who they are.”

That compassion began developing at an early age for O’Ferrall. As a child he felt the pangs of being alone during his inaugural stay at a summer camp.

“When my dad was little and he went off to camp for the first time, he wrote his mom that he was homesick, and she wrote back with advice: ‘Go find somebody who’s younger and more homesick than you and be a friend,’” said Carter Breazeale, O’Ferrall’s daughter and also an Ole Miss graduate.

“So even at a young age, it was instilled in my dad to look out for others around him. He really has made a difference in many people’s lives.”

One of the campers beloved by Mr. O was the late William Magee, who spent summers at Alpine beginning from completion of second grade into high school. Magee, an Ole Miss alumnus and the son David and Kent Magee, was a talented, bright young man, but in 2013, his life was tragically cut short by a struggle with addiction.

In fall 2019, the university opened the William Magee Center for Wellness Education with the goal of changing, improving and even saving lives through alcohol and other drugs (AOD) education and support.

“The fact that William camped here and we knew him personally – the whole Magee family, they feel like family to us,” said Carter, who grew up on Lookout Mountain and spent her summers at Alpine’s sister camp, DeSoto.

“I truly appreciate how the university recognizes the importance of what an outdoor experience can give people; the impact the outdoors can have is really something intangible. I think people now see that it’s a critical piece to the education experience, and I’m so thankful for the work being done at Ole Miss.”

Having O’Ferrall’s name honored on the Outdoor Recreation Suite reflects the connection between Alpine and Ole Miss, typically the most represented college among camp staffers.

“After graduating from Ole Miss, Dick and Alice answered the call to share the Gospel and the outdoors with boys and young men at Alpine,” said David Magee, director of institute advancement in the Office of University Development. “Over six decades, few individuals have had such a profound impact on so many lives – many of whom attended and graduated from Ole Miss, specifically because of Alpine Camp relationships.”

O’Ferrall is grateful for the expanded opportunities Ole Miss and high school students will enjoy through the South Campus Recreation Center, as well as for the impact the Magee Center makes on the lives of young people.

“The William Magee Center is such a blessing to the state of Mississippi and to other colleges. I think the center is really an incredible place,” said O’Ferrall. “It’s going to set the standard for many universities to see what Ole Miss is doing and what they can do for their students. It’s all about amazing support for young people to get through their battles with addiction and to thrive.”

To find out more about the O’Ferrall Outdoor Recreation Suite campaign or to make a gift, visit ignite.olemiss.edu/oferrall.

The William Magee Center for Wellness Education is open to receive gifts from individuals and organizations by mailing a check with the center’s name in the memo line to the University of Mississippi Foundation, 406 University Ave., Oxford, MS 38655; or online at https://give.olemiss.edu. For more information contact Brett Barefoot, senior director of development, Parent and Family Leadership, at bmbarefo@olemiss.edu or 662-915-2711.