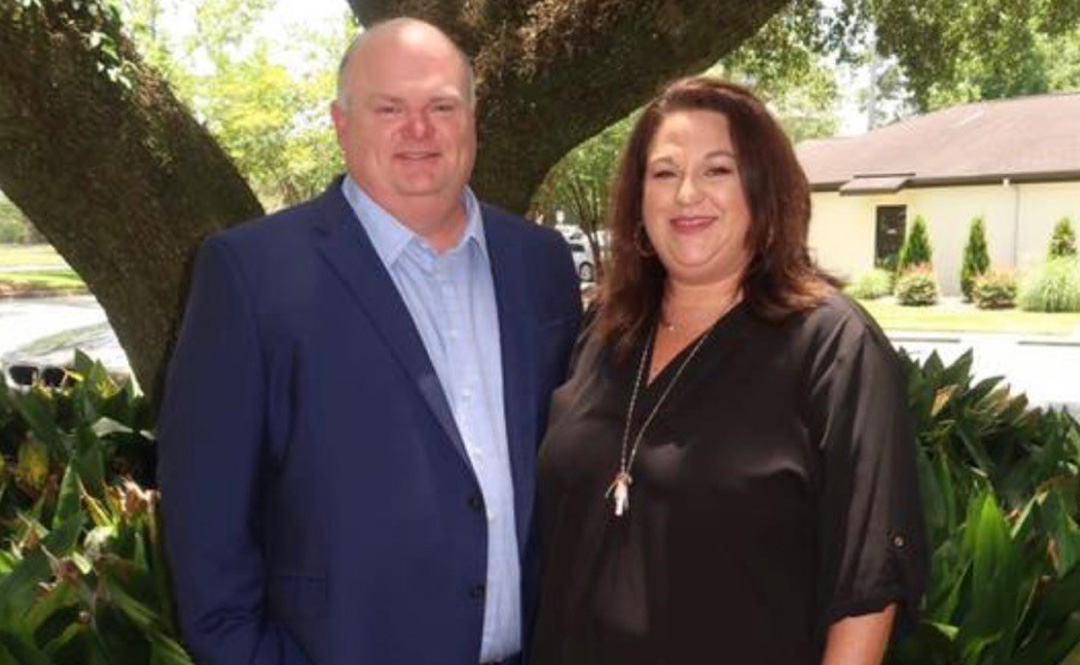 “Having been a player in the Southeastern Conference, I know you want the top facilities, the top support system and everything first-class, down to the workout clothes you wear,” said Ward of Mobile, Alabama. “Those things get the best recruits and they require donations to compete within the conference.”

Despite his history as an offensive lineman for Louisiana State University, Ward and his wife, Jennifer, hope their gift to the Vaught Society will help University of Mississippi football players enjoy successful collegiate careers. Vaught Society funds are critical in elevating Ole Miss Athletics to nationally competitive levels by providing the resources for world-class facilities, coaches and scholarship support.

“Our son, Brady, signed to play football for the Rebels and we felt this gift was a good way to support him and the program,” said Ward, founder and CEO of DocRx — a licensed manufacturer, wholesaler and distributor of health care products and services for hospitals, pharmacies and physicians.

“We have always supported our kids, what they wanted to do and the programs they were involved in,” said Jennifer Ward, who serves as DocRx president. The Wards’ daughter, Caroline, manages a women’s boutique, The Mix, in Mobile.

“Brian and Jennifer understand the philanthropic commitment it takes to position a college athletics program for sustained excellence at the highest level. Their investment will go a long way toward accelerating this process at Ole Miss,” Kindervater said.

“We are proud to welcome them to campus as active, game-changing members of our Vaught Society.”

Brian Ward was a Tiger, and now his son is a Rebel.

“It will take a little getting used to,” Ward said, acknowledging the irony that he and his teammates fought to beat Ole Miss on the gridiron. “We loved our time in Baton Rouge, but his choice is Ole Miss – and we are happy and proud of him.

“We have a ton of passion for Saturdays. We look forward to weekends in the Grove and being in the stands at the Vaught. Those are not luxuries you get as a player. Usually you fly in on Friday and out after the game. You don’t get to experience the towns in the conference.”

The Wards also want to see the Rebels become a powerhouse team for their son’s sake, and they understand that private gifts can help make that happen.

“What I saw in Oxford was no different than what I saw when we visited Clemson and other Top-5 schools. A lot of fans want to win at that level but you have to give donations to match the facilities of teams that recruit and compete at that level,” Ward said. “There is no doubt the city of Oxford, the campus of Ole Miss and the current staff can compete on a Top-5 level. History has shown it can happen.

In 2010, Ward was recognized as one of Mobile’s “Top 40 under 40” executives for his professional excellence, community service and leadership. In addition to serving on the board of directors of the Mobile Chamber of Commerce, he also is a member of the Senior Bowl in Mobile and the Mobile Alabama Touchdown Club, and has served on numerous area youth football and baseball boards.

Prior to founding Doc Rx in 2008, Ward worked in pharmaceuticals for companies like AstraZeneca and Innovex as regional manager of their hospital divisions. For the past 21 years, he has been instrumental in conceptualizing and developing more than seven health care companies.

“Jenn and I have dedicated our lives to helping patients through our health care companies and trying to do a service for the medical community,” Ward said. “We own a lab so most of our 2020 year has been testing for Covid-19 and supporting hospitals and clinics throughout Mississippi and Alabama. It has been a busy year for us.”

Though the two met at LSU, Ward says, “We were extremely impressed with Oxford, the campus and the people. And we are excited to be a part of the Ole Miss family.”