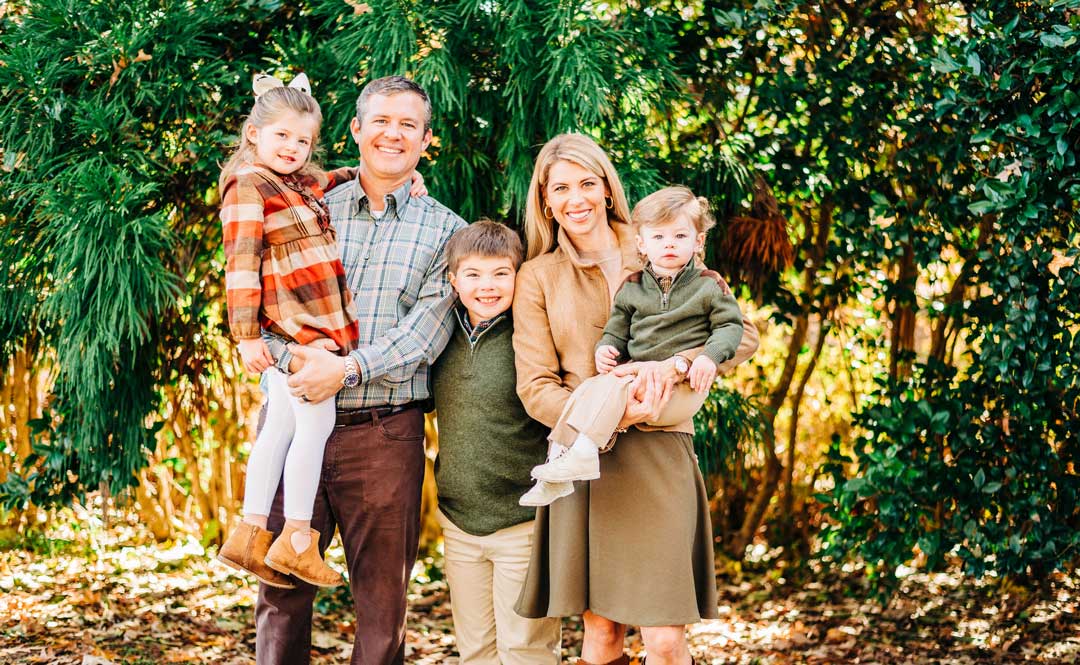 Abb and Jennifer Payne with their children (from left) Arden, Ford and Duke

Abb Payne’s University of Mississippi roots go way back. In fact, his grandfather played football for Ole Miss in the late ’20s, worked with the campus grounds crew to pay tuition and even planted many of the trees in the historic Grove.

Now, just as those mighty oaks have grown from saplings to stanchions of strength, Payne of Hattiesburg, Mississippi, hopes his gift to Ole Miss Athletics will help its programs grow into national powerhouses.

“We also hope it solidifies our appreciation to the Ole Miss family as a whole. Several generations of Paynes have attended Ole Miss, and we all reconnect around our love of the university and the great memories we have,” said Payne, a member of the UM Foundation and Ole Miss Alumni boards.

“Athletics plays such a crucial role in the love you have for a school and provides a great reason to stay engaged over decades. Ole Miss Athletics does that for our family.”

For his generosity, the Payne name will adorn the Hill Drive entrance of the Pavilion at Ole Miss, UM’s premier basketball arena. But to Payne, the honor goes beyond sports.

“Of course, the Pavilion is state of the art and should be a wonderful facility for the university for decades in sports as well as for so many other events, like commencements or concerts, so it was a great fit for us because we’re Ole Miss fans in all respects,” he said.

From 2003-2018, he was president and CEO of Camellia Home Health and Hospice of Hattiesburg for which he was instrumental in expanding the company through a number of mergers and acquisitions and ultimately overseeing its sale to Encompass Health — the nation’s fourth largest healthcare company.

Additionally he is the founder of InfusionPlus, a company that administers highly complex intravenous therapies across Mississippi and was ranked by Inc. Magazine as the ninth fastest growing healthcare company in the nation.

“For generations, the Paynes have been prominent on this campus. I’m proud to see that the Payne name now has a permanent home here,” Carter said. “We greatly appreciate Abb’s longtime support of our programs and we look forward to the achievements his gift will help us win.”

“As an established and highly respected leader, Abb understands what it takes to build sustained success at the highest level,” said Jordie Kindervater, director of development/major gifts. “His investment will play a pivotal role in shaping and enhancing our competitive excellence across the board for Ole Miss student-athletes.”

In his spare time, Payne enjoys spending time with his wife, Jennifer, and children Ford, 9, Arden, 6, and Duke, 2.

Five years ago, he and his dad began a mission to see a game in every SEC football stadium.

“Ole Miss has really been our conduit to accomplish most of that, and it’s been a great way for us to share that together,” Payne said. “We’ve got one stadium to go.”