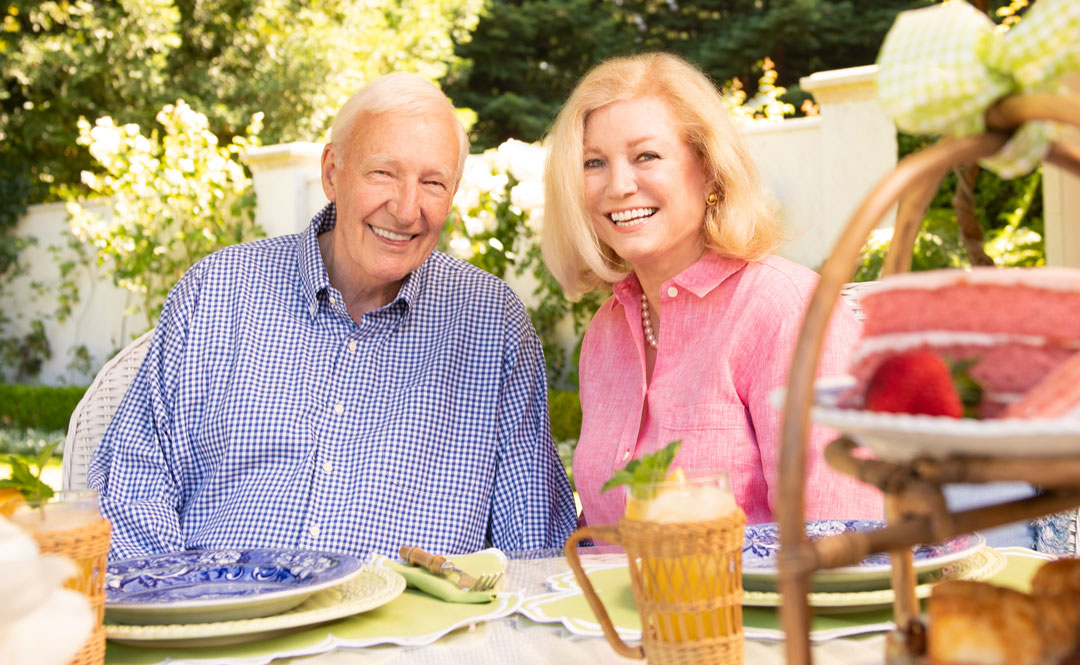 Roger and Rebecca Emerick want their planned gift to support the Southern Foodways Alliance based at the University of Mississippi.

Roger and Rebecca Emerick of Hillsborough, California, want their planned gift to extend the mission of the University of Mississippi’s Southern Foodways Alliance (SFA), an organization they applaud for its compelling storytelling and inclusive takes on cultures and people.

The Emericks included the SFA in their estate plans, committing to give $1 million to the John T. Edge Southern Foodways Alliance Director Endowment after their lifetimes. The endowment is named in honor of the SFA’s current and longtime director.

“John T. is really brave, and I hope the SFA can continue to be that way after he’s no longer there,” said Rebecca Emerick, who learned of Edge and his work after reading the organization’s magazine, Gravy. “He’s keeping the faith on Southern food, promoting the work of those who are expanding the repertoire — everything from jambalaya to jollof rice — into the future. He’s fighting for those who deserve a place at the table.”

The purpose of the Edge endowment is to ensure succession when Edge retires and set the SFA up for success in its third decade.

“One of the things that’s deeply important for an academic institution is to receive money from people who share your values, who believe in your mission, whom you’re proud to dine at a table with. The Emericks embody that. They care about the longevity of the SFA. Their gift is transformative,” Edge said.

“This proof that they see value in what we do and in my career at the university means the world to me.”

Rebecca Emerick said, while they both wanted to contribute to the endowment, her husband deserves the credit for the support: “This is really his gift.”

In 1982, Roger Emerick became CEO and board chair of Lam Research Company – a corporation that manufactures and sells the semiconductor processing equipment used to fabricate integrated circuits. As of 2018, it was the second largest manufacturer in the San Francisco Bay area after Tesla. He retired in 1997.

The company was failing when it hired Roger Emerick, his wife recalled. “So he raised money and kept the payroll going,” she said. “Within two years, he took LAM public.”

According to the Chip History Hall of Fame, “Roger Emerick is unique in his ability to build a company that is a joy for its customers and a joy for its employees. The value of this strategy is that it has made LRC a consistent leader.”

Rebecca Emerick is a member of the American Society of Interior Design (ASID). She and her best friend established their own design studio and practiced together until 1984. Her pursuits have also included riding show horses — she is a world champion equestrian — and volunteering for local charities. She also created an auxiliary that built and equipped a veterinary surgical unit in a no-kill animal shelter and has received U.S. Congressional recognition for service to her California community.

“The first time I ever saw Gravy magazine, I was knocked out by the accuracy of the writing and here’s what I really like about it: I like the way it’s not formulaic, professional Southern cornpone-for-the-soul stuff,” she said. “It’s the real story of what really happened. You’re telling it like it was.”

A fifth-generation native of southern Arkansas, Rebecca Emerick is a recipient of the esteemed Arkansas Traveler award, an honorary title given to individuals who, through their actions, serve as goodwill ambassadors for the state. The honor was awarded after she and her husband underwrote the construction of a Victorian bandstand in her hometown. Other recipients include such notable individuals as Muhammad Ali and Maya Angelou.

“It’s a quirky little award,” she said, “but it’s their highest civilian honor. I’m really proud of that.”

She and her husband have supported the SFA as members of its Order of the Okra for many years. Neither are UM alumni.

“Some of our most ardent supporters are not graduates of this university. We call those donors ‘friends,’ and that’s certainly the case with Roger and Rebecca,” said Chancellor Glenn Boyce. “We are most grateful for their vision in designating this generous gift in support of the Southern Foodways Alliance.”

The John T. Edge SFA Director Endowment is open to gifts from individuals and organizations. Checks may be mailed to the University of Mississippi Foundation, with the endowment noted in the memo line, to 406 University Ave., Oxford, MS 38655. Gifts can also be made online by visiting give.olemiss.edu.

For information on including UM in estate plans, contact Daniel K. Wiseman, CFRE, senior director of gift planning, at 662-915-5944 or daniel@olemiss.edu.

About the Southern Foodways Alliance

The Southern Foodways Alliance (SFA) documents, studies, and explores the diverse food cultures of the changing American South. Its work sets a welcome table where all may consider history and the future in a spirit of respect and reconciliation. A member-supported organization based at the University of Mississippi’s Center for the Study of Southern Culture, the SFA collects oral histories, produces films and podcasts, publishes stories, sponsors scholarship, mentors students and stages events that serve as progressive and inclusive catalysts for the greater South.