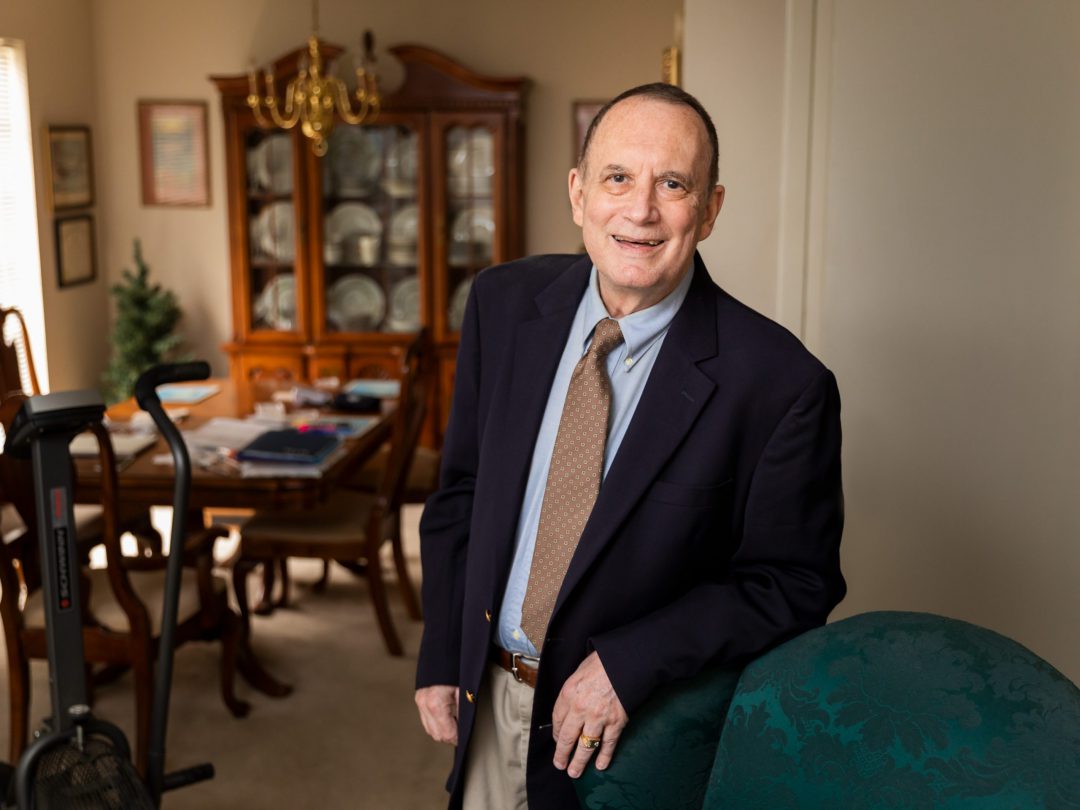 Dr. Jack Hammond, at his home in Jackson, Mississippi, recently included UM in his estate plans.

His service to 12-step groups in Jackson, Mississippi, is simply an extension of his 25-year career as a staff physician at the Mississippi State Hospital at Whitfield. There, his practice focused on the dual diagnosis of substance abuse/dependence with other psychiatric illnesses such as schizophrenia.

The 1980 University of Mississippi Medical Center (UMMC) graduate has a history of helping others and someday that will be his legacy, having recently made a $100,000 planned gift to Ole Miss.

The Mississippi Delta native who grew up in Jackson public schools wanted his gift to be unrestricted, meaning it can be used wherever the university needs it most.

“We are very grateful for Dr. Hammond’s generosity,” said Daniel K. Wiseman, senior director of gift planning. “A bequest as a part of a graduate’s estate planning is the simplest, most effective way to support the University of Mississippi. And an unrestricted gift like Dr. Hammond’s is also the best way to ensure that the gift will be used for the university’s most immediate and pressing needs.”

Hammond, who made a similar gift to Vanderbilt University where he earned his undergraduate degree in mathematics, said he believes one of those needs is tuition support for students.

His desire to help others stemmed at an early age. As a college freshman, he dropped out temporarily, suffering a bout of mental illness while also coming to terms with his sexuality. After part of the school year at home and a summer making up class hours at Millsaps University, he returned to Vanderbilt.

“I think it’s what God wants us to do here on this earth: be good stewards and to help others,” he said.

Hammond grew up traveling to Ole Miss football games with his parents, Arnold and Martha Hammond; sisters, Linda and Laurie; and brother Lee.

“My daddy was a big Ole Miss fan. He went to Ole Miss and he loved Ole Miss football back in the 60s and 70s. That was a family tradition,” he recalled. “In those days, a lot of the games were played here in Jackson at Memorial Stadium, and we would go to Starkville and Oxford for games.

“I feel a part of the Ole Miss family. I feel grateful for that although I was not on campus in Oxford.”

Hammond’s estate gift awards him membership in the 1848 Society, named for the year the university opened to its first students. The society recognizes generous alumni and friends who thoughtfully provide for the university through planned and deferred gifts.

For information on including Ole Miss in estate plans, contact Wiseman at 662-915-7601 or daniel@olemiss.edu. To support the University of Mississippi, visit give.olemiss.edu.