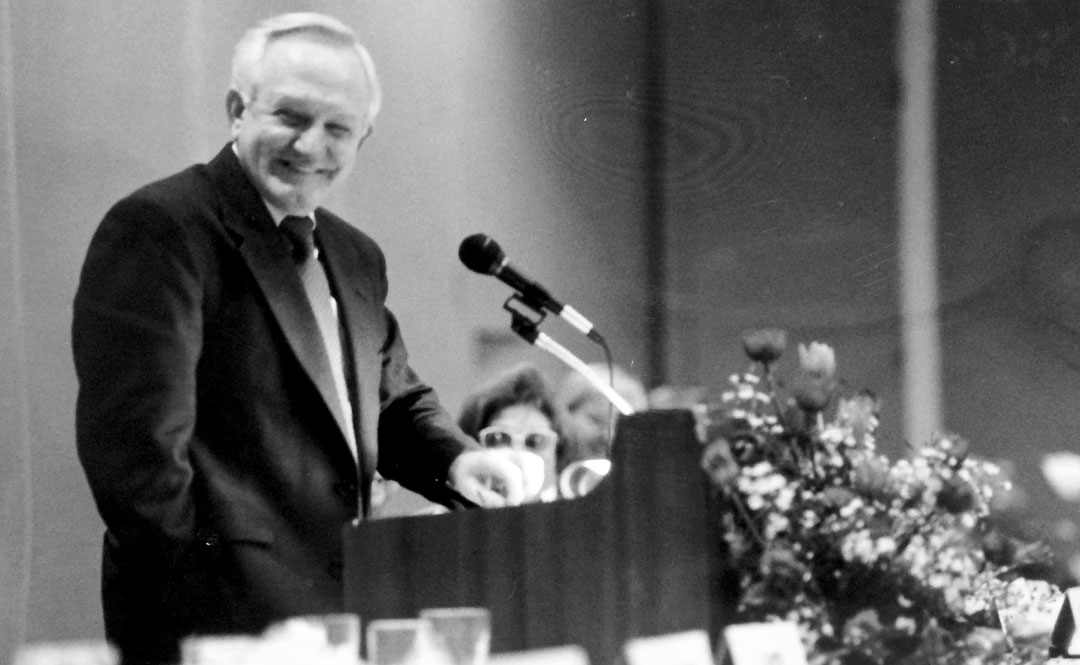 A gift from the estate of the late W.C. “Dub” Shoemaker will provide students in the University of Mississippi’s School of Journalism and New Media a capstone experience, the UM Foundation announced recently.

A longtime friend of the School of Journalism and New Media, Shoemaker established the W.C. “Dub” Shoemaker Depth Reports Endowment with a $54,000 estate gift; the total bequest has since exceeded $600,000.

Ole Miss journalism students have produced depth-reporting multimedia projects since 2009, as they travel to areas and conduct thorough investigations of an issue – such as the effect of the Voting Rights Act in the Mississippi Delta; the service-learning projects of Ole Miss students in Belize, the declining population of Greenwood, Mississippi; the 10-year anniversary of the devastating Hurricane Katrina and more. Several of the depth reports have garnered prestigious awards.

The endowment will provide income to support the depth reports, a capstone experience for journalism majors under the direction of the Overby Center for Southern Journalism and Politics. Capstone experiences are multifaceted projects that serve as a sense of closure and connection between courses.

In addition to support for depth-reporting projects, Shoemaker designated a large portion of his gift to provide scholarships for School of Journalism students through the Dub Shoemaker Journalism Scholarship Endowment Fund.

“When people like Mr. Shoemaker give this type of scholarship support to our school they are literally changing the lives of hundreds of families. He knew that helping just one person get a college education could affect not only that person’s life, but also the lives of their children and the health and prosperity of their communities,” said Debora Wenger, interim dean.

“We are so grateful that Mr. Shoemaker put his trust in our school by making this gift. We are committed to using it to fulfill his wish to support high-quality journalism education, and we are honored to be a part of preserving his legacy.”

A respected journalist, businessman and philanthropist, Shoemaker was the 1986 Silver Em Award honoree, the university’s highest journalism award. He passed away on October 27, 2019.

“Dub was part of many important and historic events in Mississippi and was consistently well respected by his fellow journalists and by sources whose trust he earned by being a truth-teller,” said Charlie Mitchell, associate professor in the School of Journalism and New Media and, like Shoemaker, a former president of the Mississippi Press Association.

“As a businessman, he was wise, practical, innovative and, most of all, fair.”

Shoemaker, a native of Simpson County, Mississippi, began his reporting career in 1949 as an office boy at the Jackson Daily News, where he quickly rose to the position of reporter. During his career, he covered many of the state’s well-known civil rights cases.

“He was one of if not the last journalists to talk with Medgar Evers before Evers was assassinated in 1963, and he was also a reporter at the trial of those accused of killing Emmett Till in 1955,” Mitchell said.

“The foresight that Mr. Shoemaker had in creating this gift will impact both current Ole Miss students and those in the foreseeable future,” said Daniel K. Wiseman, CFRE, senior director of gift planning at University Development.

“We appreciate his generosity in providing the University such an enduring gift and our students with such an invaluable opportunity.”

Both the W.C. “Dub” Shoemaker Depth Reports Endowment and the Dub Shoemaker Journalism Scholarship Endowment Fund are open to support from businesses and individuals. Gifts can be made to by sending a check to the University of Mississippi Foundation, with the fund’s name noted on the memo line, to 406 University Ave., Oxford, MS 38655 or by giving online at give.olemiss.edu.

For more information about supporting the School of Journalism and New Media, contact Jason McCormick, development officer, at jason@olemiss.edu or 662-915-1757.