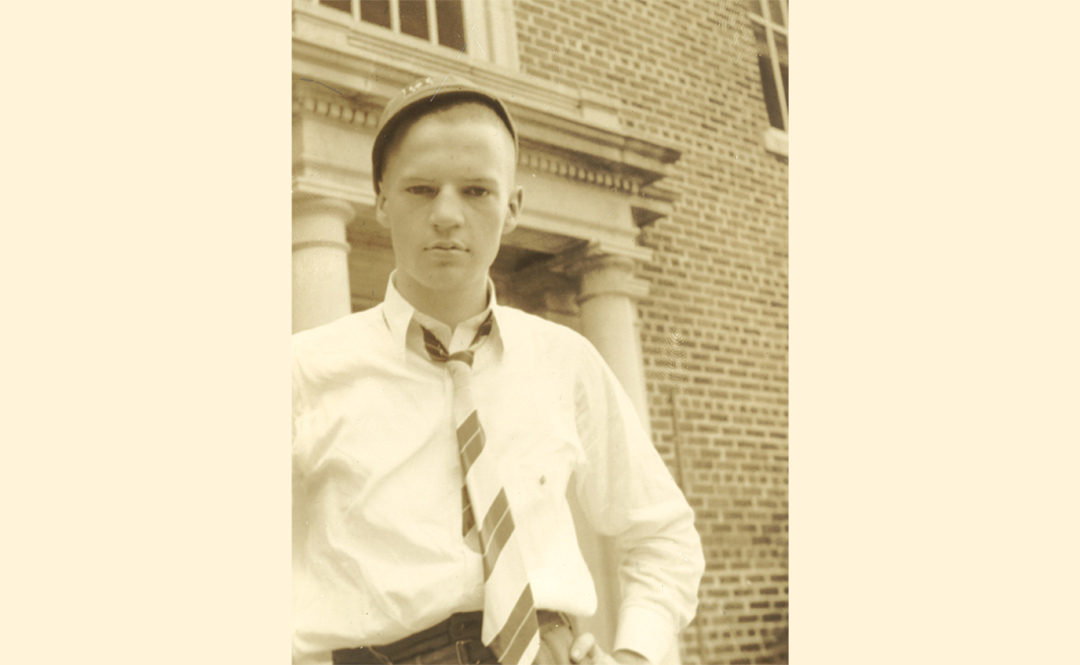 Henry Brevard as a student on the Oxford campus The recent passing of Henry C. Brevard at the age of 98 marked the end of the distinguished and productive life of one of the University of Mississippi School of Engineering’s most celebrated and generous alumni.

Thus far, more than 600 students since the 1991-92 school year have been able to pursue their dreams of higher education at Ole Miss, and other areas of UM have been strengthened with the Brevard family’s support. Yet Brevard’s influence on the university, the School of Engineering, the engineering profession and the careers of current and future engineers will continue for generations.

“We mourn the passing of Mr. Brevard, but we also celebrate all that he has accomplished in his incredible life,” said David Puleo, dean of the UM School of Engineering. “Mr. Brevard is emblematic of the people who make Ole Miss Engineering special. He is someone who cared deeply about the school and the success of future generations of UM engineers.”

UM honored Brevard and his family in spring 2011 when the renovated Old Chemistry building was renamed Brevard Hall as part of the engineering school’s 110th anniversary festivities. Brevard Hall is a central building within UM’s Engineering Complex on the Oxford campus.

“Mr. Brevard’s passion for the School of Engineering and the University of Mississippi is reflected in his transformative gifts,” Puleo said. “The students supported with his scholarships are making great accomplishments in their careers, and the building that bears the Brevard name speaks for itself.”

Brevard died Feb. 24 at his home in Tupelo, Mississippi. A private family service was held March 22 at the First United Methodist Church in Tupelo, followed by a committal service at the Brevard family plot at the Masonic Cemetery in Amory, Mississippi, the town where he was born in 1921. Much of Brevard’s life was devoted to Ole Miss, a relationship that began more than 75 years ago when he became a student in the engineering school. Back then, the engineering school was located in the north wing of the Lyceum.

“When I was a student, the engineering school was very small and the faculty was correspondingly small, but the individual faculty members were very able and professional,” Brevard recalled in an interview a few years ago. “The students were like one big family, doing their work in the drafting room or elsewhere in the Lyceum.”

After receiving his Bachelor of Science degree in civil engineering from UM in 1943, Brevard volunteered for the U.S. Army Air Corps, became a second lieutenant and served as a navigation instructor.

After World War II, he married his college sweetheart, Beth Boozer of Shannon, Mississippi, and initiated a partnership that he once described as his “best-ever move.”

He put his civil engineering degree to work as a member of the Design Section of the U.S. Army Corps of Engineers in Vicksburg, Mississippi, where he assisted in the design and development of the Grenada Dam and Reservoir. He then worked as a structural engineer in the Department of Bridge Design of the Mississippi Highway Department. In 1949, he moved to Tupelo, where he and his father-in-law, Riley Boozer, co-founded B & B Concrete Co., the first ready-mix concrete plant in north Mississippi. The company and its affiliates now have 15 concrete plants, including a concrete pipe manufacturing plant and a precast concrete manufacturing plant.

He and his family established the Brevard Family Chair in Civil Engineering with a gift to UM.

The Brevard family has consistently made annual gifts to the Brevard Family Scholarship Endowment in Engineering, a scholarship that was initially set up in 1991. Endowed funds are held permanently, with the annual income directed to the scholarships.

The family has also donated operational funds for Brevard Hall to be used at the discretion of the dean.

Brevard said he and his family directed their generosity to the School of Engineering as a means to recognize the progress it had made over the years, noting that the school was “poised to make even greater progress in coming years.”

“We have always thought that our scholarship endowment was important to help the school increase the caliber of our already gifted student body and to help increase enrollment to a point of more efficiency per student, considering the funding available,” he said. “Our second purpose has been to make engineering education possible for deserving and talented students who might otherwise not have the means necessary for that pursuit.”

Besides supporting the School of Engineering, Brevard and his family have shared their generosity throughout Ole Miss. For instance, the Brevard family endowed the Elizabeth Brevard Council Scholarship through the Ole Miss Women’s Council for Philanthropy. Brevard also served as chair of the UM Foundation.

In 1988, he was selected as a member of the UM Alumni Hall of Fame. He has also been honored with UM’s Engineer of Distinction Award and the Engineer of Service Award.

Preceded in death by his wife, Brevard’s survivors include his daughter, Elise Brevard Smith of Ridgeland, Mississippi, his son, David Brevard of Tupelo, three grandchildren and one great-grandchild.

Memorials may be made to the University of Mississippi Foundation, 406 University Ave., Oxford, MS 38655, with the Brevard Family Scholarship Endowment written in the memo line.