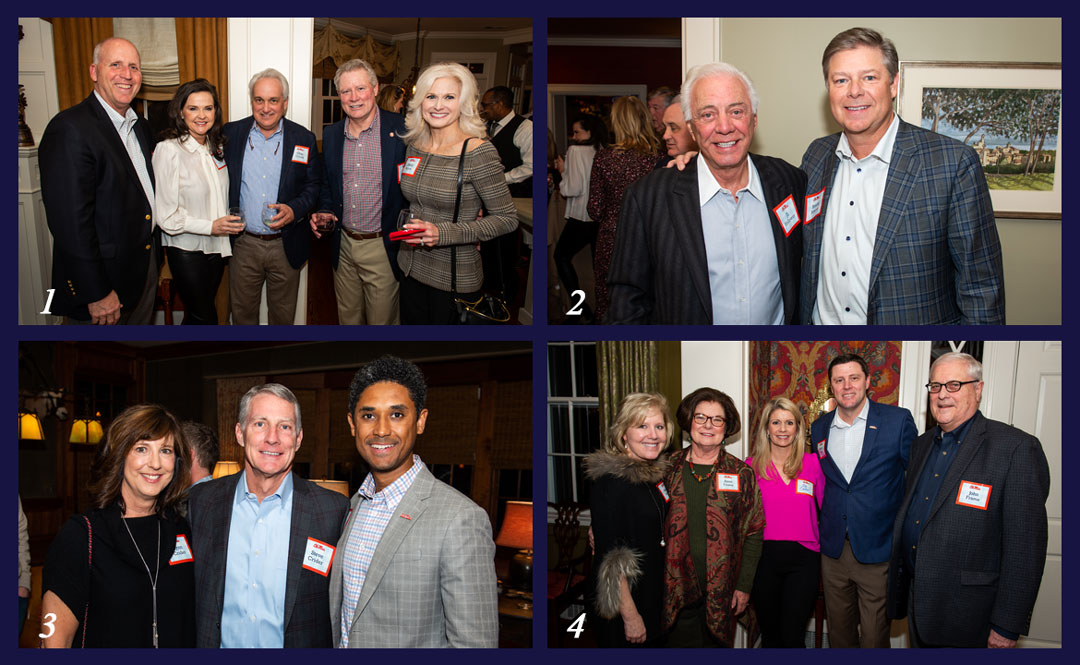 On Jan. 23, 2020, new University of Mississippi leaders were given a warm initial welcome by a large crowd of alumni and friends in Nashville, Tennessee, attending a reception hosted at the home of Karen and Bruce Moore, both Ole Miss alumni.

To view more images from this event, click here.

University of Mississippi Chancellor Glenn Boyce, and his wife, Emily, and Athletics Director Keith Carter and his wife, Jill, were honored and given the opportunity to get better acquainted with supporters in the Nashville area. The Moores made remarks at the reception, as well as the honorees.

Chancellor Boyce also visited high schools while in the Nashville area and looks forward to returning for additional visits when he’s in town for the Oct. 10 Ole Miss Rebels vs. the Vanderbilt Commodores football matchup.

In addition to the Moores, hosts for the event were Margaret and John Barker, Becky and Dick Cowart, Gina and Chip Crunk, Diane and J.L. Holloway, Andrea and Charles Overby, and Lynn and Ron Samuels, all of the Nashville area.

Boyce – a longtime leader in Mississippi’s higher education community, including Institutions of Higher Learning commissioner – began serving as chancellor on Oct. 13, 2019. As IHL commissioner, he oversaw the eight public universities in the state.

A former basketball All-American at Ole Miss, Carter was named interim athletics director in May 2019 and was selected for the permanent position later in December. He previously served as deputy athletics director for development and resources acquisition and executive director of the Ole Miss Athletics Foundation.