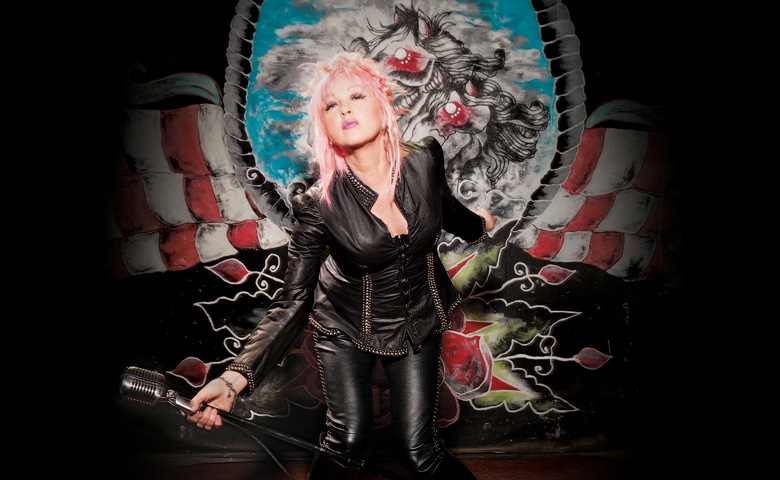 Pop singer Cyndi Lauper will appear in a benefit concert for The MIND Center on Oct. 25 at Thalia Mara Hall in Jackson.

“Time After Time,” Cyndi Lauper has shown her “True Colors” during concerts that make it clear that “Girls Just Want to Have Fun.”

The versatile pop star will bring that same spirit to the stage Oct. 25 at Jackson’s Thalia Mara Hall in a concert to benefit The MIND (Memory Impairment and Neurodegenerative Dementia) Center, a national leader in Alzheimer's research and patient care at the University of Mississippi Medical Center.

“We are thrilled to have Cyndi Lauper, a Grammy, Emmy and Tony Award-winning music legend, grace our city with a special performance at The MIND Center’s benefit concert this year,” said Dr. Tom Mosley, Dudley and Robbie Hughes Distinguished MIND Center chair and MIND Center director.

“Public advocacy efforts have been a cornerstone of her career, and the Jackson concert will shine a light in support of those affected by Alzheimer’s and dementia in our state.”

Mosley and his team lead one of the largest and most comprehensive studies ever conducted to identify risk factors for Alzheimer's disease and related forms of cognitive decline.

“Alzheimer’s pathology doesn’t start when symptoms start, but in fact precedes symptoms by as much as two decades, Mosley said. “Our work has shown links between risk factors such as high blood pressure and diabetes in mid-life, when people are in their 40s and 50s, and late-life memory loss and dementia.”

Since 2010, the Center has brought together some of the nation's leading medical institutions to study factors from mid-life that may predict brain and cognitive changes later in life. The MIND Center Clinic offers diagnosis and leading-edge outpatient treatment for patients experiencing memory loss and cognitive impairment.

Concert proceeds also will support a new research project, The MIND Center – Mayo Clinic Study of Aging, “the culmination of two decades of collaboration with the Mayo Clinic that will provide a wealth of information we will use toward our end goal of prevention,” said Mosley.

The new study will focus on participants 55 and older of different races and socio-economic backgrounds to determine best practices for healthy aging, said Denise Lafferty, MIND Center chief of operations. “Alzheimer's is the only disease in the top 10 causes of mortality in the United States without a way to prevent, cure, or even slow its progression,” she said.

Lauper is a music icon with global record sales in excess of 50 million. She released her first album, She’s So Unusual, in 1983. It made her the first female to have four top five singles from a debut album.

She made her Broadway debut in 2006, returning in 2013 as composer and lyricist of the musical adaptation of the British film “Kinky Boots.” It won six Tony awards, and its original Broadway cast recording went on to win the Grammy for Best Musical Theater Album. It was Lauper’s second Grammy, coming 30 years after her first.

Lauper is the New York Times best-selling author of “Cyndi Lauper: A Memoir.” In 2008, she co-founded the True Colors Fund, which works to end youth homelessness, particularly in the LGBT community.

“These events provide an amazing platform to raise funds that support The MIND Center’s groundbreaking research and clinical care services,” said Patricia McClure, chair of The MIND Center events committee. “It is also a perfect opportunity to make our community aware that one of the nation’s leaders in the fight against Alzheimer’s is based right here in Jackson, Mississippi.”

To support The MIND Center or become a concert sponsor, call (601) 815-4237 or email mindcenter@umc.edu for more information.