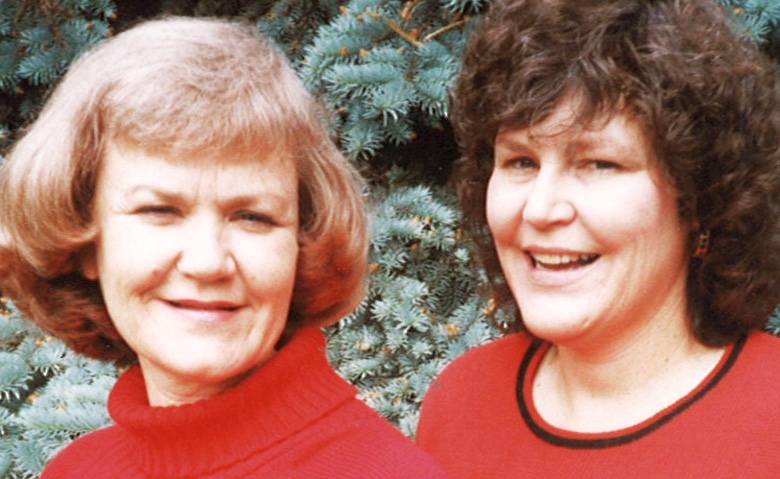 A planned gift from sisters ZonaDale Taylor (left) and the late Bonita Lyons will help support the School of Applied Sciences.

Dr. Bonita Lyons’ giving spirit is evident in the sentiments shared on her Facebook page.

“Hers was a life of purpose disguised as work,” posted Cory Major, who worked with Lyons in her capacity as director of Academic Status and Retention Services for the University of Memphis — a position the University of Mississippi graduate held for 16 years until she retired in 2008.

“She drew people to her and they left all the better for having known her. Some may forget what she said and what she did. But she will never be forgotten because of how she made us feel.”

Her student, Nyrone Hawkins, wrote: “Doc, you are truly a special lady. Your spirit will always live within me. As I think back over our history together, I am truly blessed. You were the embodiment of Christ’s love. You took young people full of potential and showed them unconditional love … you were the picture of His love to so many of your children.”

Lyons of Memphis, Tennessee, received both a bachelor’s and master’s degree in education in 1969 from Ole Miss and a doctorate in education from the University of Memphis in 1977. She had no biological children, yet when she died in May 2017, she left a legacy among the young people she mentored and treated as her own, many of whom called her “Mom.”

Now, her legacy continues at Ole Miss, where generations of students will benefit from a scholarship endowment established in her memory.

With a $100,000 planned gift, Lyons’ sister, ZonaDale Taylor of Collierville, Tennessee, recently established the Dr. Bonita Lyons and ZonaDale L. Taylor Legacy Endowment. Half of the gift creates a scholarship for transfer students pursuing a degree in the UM School of Applied Sciences; the remainder is available as an emergency fund for students facing unforeseen financial crises.

“We always said we would do something together for Ole Miss,” said Taylor who earned a bachelor’s degree with an emphasis in home economics at UM in 1961. “You always think you have a lot of time and, although we had never signed an agreement, we had often discussed what we wanted to do. After her unexpected death, I wanted to fulfill the actions that we had discussed because our time at Ole Miss was a very important phase in our lives.”

Like her sister, Taylor spent part of her professional career as an educator, teaching at Mississippi State University and later at McNeese State University. Over time, both educators witnessed financial crises among their students.

“My sister often worked with students with limited means who were struggling academically. As a result, she started a program early on, where she would pass the hat in the office when somebody couldn’t get a book or needed to pay a fee or had other unexpected expenses,” Taylor said.

“Using that example, I’ve requested that Ole Miss use these funds to help those in similar situations who don’t necessarily have the higher grade-point averages. While advising students, we both worked with people who really wanted a degree and whose grades were average because they were either working one or more jobs or they had children to support and they just couldn’t meet basic needs. They had ability but they just didn’t have much time to study. We discussed this need many times.”

The sisters, who grew up in New Albany, Mississippi, just 30 miles from the Oxford campus, would attribute their philosophy of giving to their parents. For example, their mother always emphasized the importance of helping others and of preparing for life by first obtaining a college degree. Their father set an example of generosity by planting a larger garden in order to share food with older people in the community.

“We did things very differently, my sister and I, but our final goals were very much the same regarding the importance of education,” Taylor said. “We’ve always tried to provide assistance to the people who need help in attaining an education.”

On completing coursework for her degree from Ole Miss, Taylor had an immediate job offer.

“I was not even able to walk to get my diploma because I had started to work as a home economist for Mississippi Power Company in Meridian before the ceremony,” she remembers. “I loved my job. I had a little company car and went to several small towns near Meridian visiting schools to present programs and also visiting homes to teach people how to use the features of an appliance that they had purchased from the power company.”

In 1964, after almost five years in Meridian, Taylor accepted a position in Birmingham, Alabama, writing articles about household equipment, housing and home furnishings for Progressive Farmer magazine. It was during this time that The Progressive Farmer Company was developing a new magazine for urban residents and she became one of the founding editors of Southern Living magazine, which now boasts a circulation of 2.8 million.

A few years later she married and joined her husband, Charles, a chemical engineer with PPG Industries, in Lake Charles, Louisiana. Taylor began working toward a master’s degree at McNeese State University. Upon completion of this degree, she was recruited to teach at Mississippi State University, giving her husband the opportunity to pursue a master’s degree at his alma mater.

After completing his degree, the couple returned to Lake Charles where she joined the Home Economics Department at McNeese and Charles returned to PPG. A few years later, they were transferred to Pittsburgh, Pennsylvania. There, she became manager of Consumer and Public Affairs for Beecham Products USA, which would later merge with GlaxoSmithKline. After retirement and 23 years in Pittsburgh, the couple moved to Collierville to be closer to her sister and their aging parents.

“We are deeply grateful to ZonaDale Taylor for her longtime interest in and support of higher education,” said Teresa Carithers, interim dean of the School of Applied Sciences. “ZonaDale has enjoyed an exceptional career and we are proud to count her among the esteemed alumni of our great university.

“ZonaDale and Charles’s compassion for students who face financial crises will truly meet a need in Applied Sciences where we had very limited resources to assist in the past,” she said. “They have a true understanding of the impact that such a resource can have on a student’s ability to complete their education due to an unexpected change in their financial status.

“Many students transferring from community colleges face financial challenges as well. The Lyons and Taylor endowment will therefore be especially beneficial to these students and will help enable them to receive an education that will serve them well throughout their lives,” she continued. “We greatly appreciate ZonaDale’s generosity.”

Additionally, the Dr. Bonita Lyons and ZonaDale L. Taylor Legacy Endowment is open to gifts from individuals and organizations. To contribute, send checks with the endowment name noted in the memo line to the University of Mississippi Foundation, 406 University Ave., Oxford, MS 38655; or visit www.umfoundation.com/makeagift.