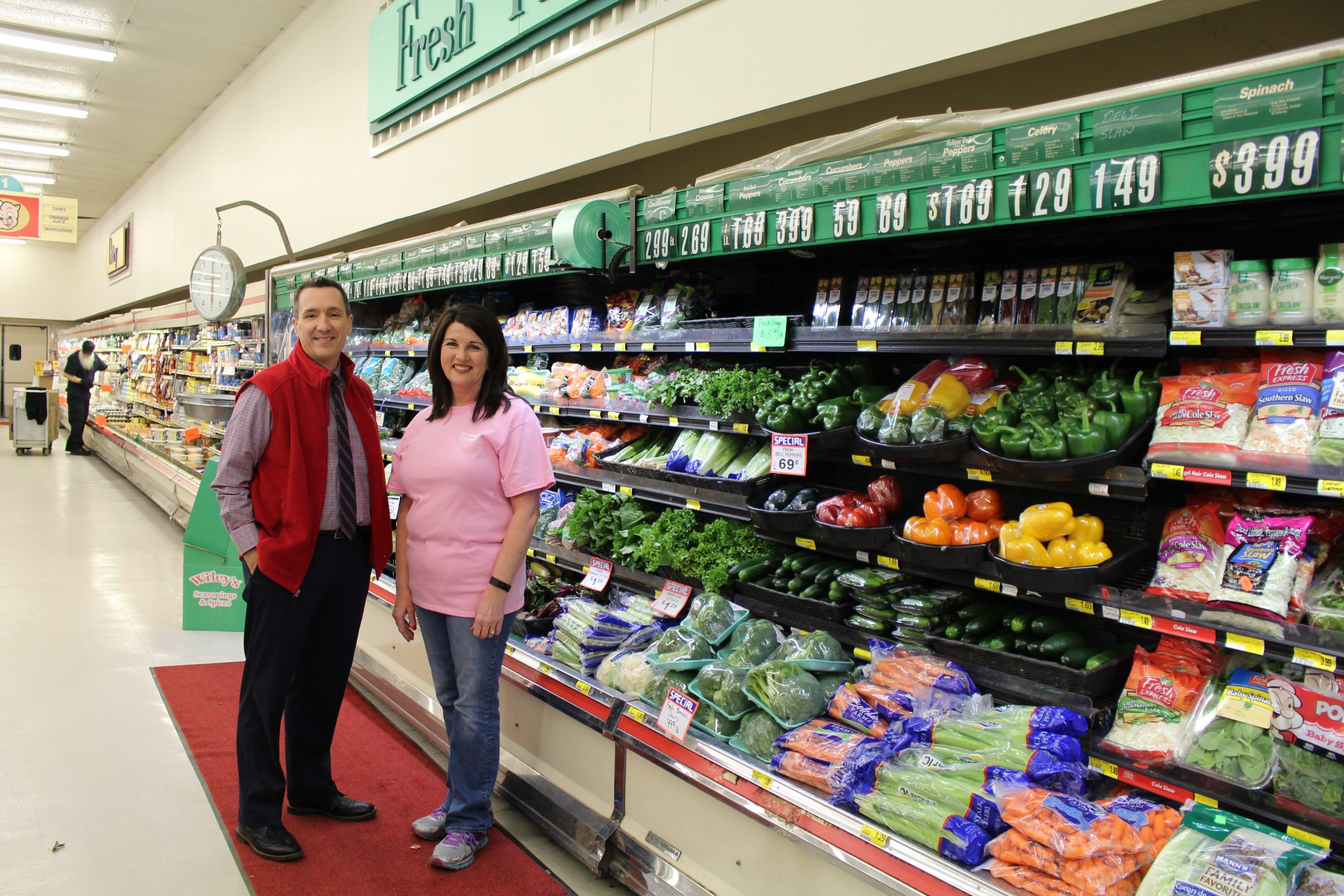 Results are in for last year’s Farm-to-YOUth! project at the University of Mississippi — a program that brought fresh produce into rural elementary schools, introducing healthier options to over 1,100 children and their families.

Global agriculture company Monsanto provided $200,000 in 2016 to establish The Food and Nutrition Security Support Fund at UM that was used for implementation of the produce distribution program, as faculty and graduate students conducted nutrition research. In 2017, the company donated an additional $250,000 to the UM Foundation for phase two of the program, currently underway.

Led by Professor of Nutrition and Hospitality Management and Gillespie Distinguished Scholar David H. Holben, Farm-to-YOUth! partnered with the Piggly Wiggly in Bruce, Mississippi, to procure and prepare fresh fruits and vegetables for the children to taste, both in their natural form and prepared in a recipe each week. Additionally, the program sent home produce and accompanying recipes each Friday to more than 260 youth and their families to incorporate into their diets.

“I’m thrilled to report the success of last year’s program in that the data showed a positive impact on some of the eating patterns in households for participants in the take-home produce program,” said Holben.

Second-year graduate student, Michelle Weber of Cincinnati, Ohio, was on the front lines of produce preparation and distribution during last year’s project and has continued working on the program this academic year at Bruce, Calhoun City and Vardaman elementary schools.

“This year we are going to the same schools, but we are giving them produce vouchers to take to the grocery stores. For every $10 families spend on fresh produce, they get 11 more dollars from the voucher to spend on produce,” said Weber. “The overall goal is to increase fruit and vegetable consumption in children and their families and ultimately try in any way we can to reduce food insecurity.”

“The biggest thing I’ve gotten out of this experience is getting to connect with the kids,” she continued.  “Last year I was in Bruce Elementary three times a week and getting to see the children try new fruits and vegetables that they’ve never had an opportunity to try before was an experience I’ll never forget. This year, I’ve been able to reconnect with all of those children. It’s taught me a lot about food insecurity in areas that I never knew about before.”

“I knew that food insecurity was an issue for families in Mississippi, but before this project, I didn’t realize just how prevalent it was. Just because communities in this area and where I grew up don’t talk about it, it doesn’t mean it isn’t a problem. This research project has really opened my eyes to that,” said Shirley.

“We’ve given the families the chance to get fresh fruits and vegetables that they might not have had before, and that I had growing up, but some of these kids haven’t been able to experience as much. All they have to do is use the vouchers, pick out what they want and make their own creations at home with that food,” Shirley continued.

Dees appreciates the hands-on approach to studying food insecurity that Farm-to-YOUth! has provided for her and fellow researchers as they executed pre- and post-surveys in the schools.

“Instead of sitting in front of a computer reading article after article, we really had an experiential learning process. We were a part of every single paper, every paper clip, every envelope, and we got to see every teacher and every kid. That, to me, is more important than just reading it on a page,” said Dees.

“There was a lot of chatter on Facebook in our communities. Like ‘What do I do with this butternut squash?’ People were sharing their recipes and telling what their kids came home with,” said Wright. “The parents would come in weeks later saying that they never knew they liked Brussels sprouts, and they’d found new ways to prepare Brussels sprouts. They were sharing it all on social media to see what other people were doing.”

While post surveys are still being collected from this year’s project, the data from last year’s study indicate Farm-to-YOUth! had real influence in the lives of its participants.

UM’s School of Applied Sciences recently recognized Holben for his outstanding contributions in the area of scholarly teaching, scholarship and research with the first Gillespie Distinguished Scholar Award. The award was designed to identify a core of outstanding scholars who will serve as models to engage, mentor and inspire other faculty and graduate students to become distinguished scholars in their disciplines and foster expanded research within Applied Sciences.

“The success of the Farm-to-YOUth! project is a great example of Dr. Holben’s research efforts that exemplify a Gillespie Distinguished Scholar. While he has a rich and diverse research and publication record, his work in food insecurity is drawing national attention to a critical problem. This year he was the senior author on the Journal of the Academy of Nutrition and Dietetics’ position paper on food insecurity in the United States,” said Teresa Carithers, interim dean of Applied Sciences.

Carithers praised the global agriculture company for its contribution to food insecurity research at UM.

“Thirteen percent, on average, of households nationally and 18.7 percent of households in Mississippi are facing low or very low food security. This tremendous gift from Monsanto allows us to examine best practices in community-based outreach while providing healthy food to families in our more rural, neighboring towns. Thanks to this generous gift, our research can provide communities across the country a better blueprint in combatting food insecurity on a local level.”

The Food and Nutrition Security Support Fund established for the UM School of Applied Sciences is open to gifts from individuals and organizations who want to support food security research and outreach. Checks supporting the fund may be mailed with the fund noted in the memo line to the UM Foundation, 406 University Avenue, Oxford, MS 38655. Gifts can also be made online by visiting www.umfoundation.com/makeagift or by contacting Katie Morrison at 662-915-2135 or katie@olemiss.edu.