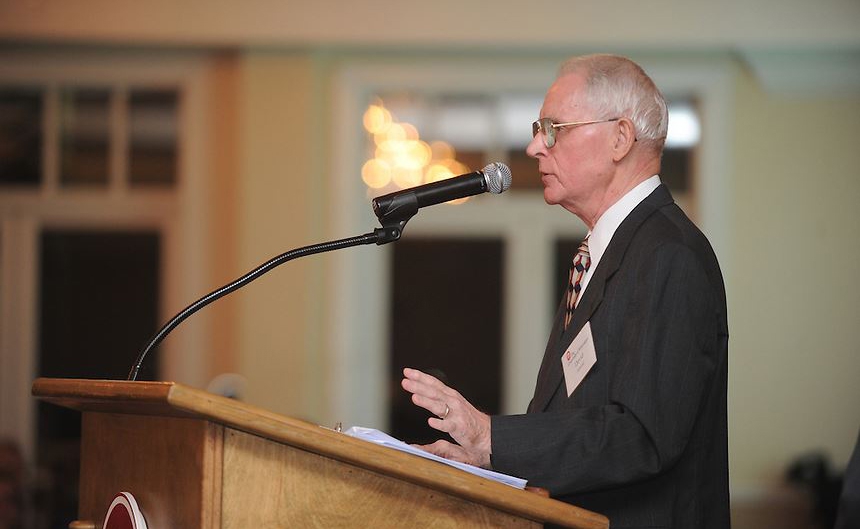 Among his many contributions to the University of Mississippi,
David Arnold served as president of the Ole Miss Alumni Association in 1989-1990.

David and Barbara Arnold of Yazoo City, Mississippi, recently made a gift to the University of Mississippi that doubles as a retirement plan for their faithful household employee of the past 15 years.

“She’s just a fine young woman who’s like family to us, and we got to thinking, ‘You know, she has a lot of years to work before retirement, and we will be gone way before she retires,” David Arnold said. “We were concerned that some provision needed to be made for that. So I started working on it. I wondered, ‘How can an individual employer set up a retirement fund for a single employee?’”

Arnold said he researched a number of investment- and tax-related options before discovering the UM Foundation’s Charitable Gift Annuity (CGA).

“I found, in reviewing it, that you could designate another person to receive the annuity and you could defer it, so those were the two key features that made it work,” he said, adding that the annuity will start paying his employee quarterly upon her retirement 17 years from now.

With a simple contract, individuals can transfer to the UM Foundation a minimum of $50,000 cash or securities to purchase a CGA that will provide a fixed income to one or two beneficiaries, and the donor receives a charitable tax deduction for the gift. The CGA then provides a steady stream of income during the beneficiaries’ lifetime and the remaining principal passes to the UM program of the donor’s choice.

The Arnolds, both UM graduates, established an endowment in 1991 that benefits the Department of Chemical Engineering and the College of Liberal Arts. The remaining principal of their CGA as well as other support from their estate will be used to further fund their endowment.

“This is the first time we’ve had someone want to use a charitable gift annuity as a retirement plan,” said Sandra Guest, vice president of the UM Foundation. “It’s a unique and interesting way to provide for someone’s welfare and ensure his or her security well into the future, while also helping Ole Miss.”

The Arnolds met in a chemistry laboratory at Ole Miss and married the year they graduated. David Arnold became one of Mississippi Chemical Corp.’s senior vice presidents, and Barbara Arnold served on the Manchester Academy and Yazoo City High School faculties.

Barbara Arnold has provided leadership as president and board member for the School of Education’s Alumni Chapter as well as on the UM Foundation and Ole Miss Alumni Association boards of directors. She served on the advisory board of the School of Engineering and is a charter member of the Ventress Order, an organization whose members make a financial commitment to the College of Liberal Arts. As an Ole Miss student, she was a member of Zeta Tau Alpha sorority.

Through membership in the 1848 Society, the Arnolds have made provisions in their estate plan for support of both the Department of Chemical Engineering and the College of Liberal Arts. Additionally, they created the Charles Noyes Library Endowment and supported the John Pilkington Library Endowment, both of which honor beloved professors.

David Arnold said his employee was “most surprised and very pleased” when he told her about the retirement plan.

For information on gift strategies that can support Ole Miss while providing significant benefits to the donor or beneficiary, contact Sandra Guest at sguest@olemiss.edu or 662-915-5944 or Anna Langley, director of finance and accounting, at alangley@umfoundation.com or 662-915-5944.