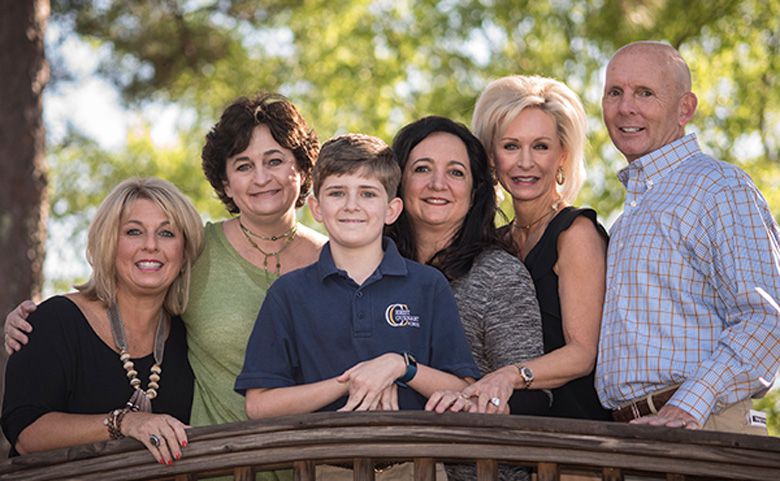 Liz Triplett Walker has always had strong ties to the University of Mississippi Medical Center and Children's of Mississippi She spent 13 years at UMMC as an oncology social worker, volunteers with Friends of Children's Hospital, a nonprofit organization created to benefit Batson Children's Hospital, and is a member of UMMC Candlelighters, a group that offers support for families with children undergoing cancer treatment.

When her then-4-year-old son Felton was diagnosed with a neuromuscular disease at Batson Children's Hospital in the fall of 2010, the connection between UMMC and Walker and her four siblings became closer, and led the family to make a $1 million gift to the Campaign for Children's of Mississippi.

The campaign seeks to raise $100 million in philanthropic donations to fund a portion of the project that will update and expand pediatric care at UMMC, including construction of a new neonatal intensive care unit, updating and expanding the pediatric intensive care unit, adding more operating suites, creating an imaging center just for children and building a pediatric outpatient clinic adjacent to Batson.

“I have a passion for the Children's Hospital, especially since it's Mississippi's only one, and we have seen first-hand the benefits of having wonderful physicians in our backyard,” said Walker. “My siblings have also seen what the hospital has done for Felton and others, and they wanted to give back so the care can continue and improve.”

The gift was made through the family's foundation, the Dr. and Mrs. Rodney Faser Triplett Foundation, named in honor of their parents, Faser, the first board-certified allergist in Mississippi, and his wife, Jackie.

Liz's brother Chip Triplett agreed. “We would support anything involved with the children's hospital.”

“My parents have always instilled in us giving back and sharing when you can,” said Walker.

Having grown up in the area, the Tripletts have long been familiar with UMMC, and they were pleased to not only give back but also to interact with Children's of Mississippi in a new way.

“The tour (of Children's of Mississippi) was great, and eye-opening. It gave an overall view of the wonderful job they do with the resources they have. But by enlarging the NICU and the pediatric critical care, it will be better for families going to see their children, and will help with some crowding issues they are currently facing,” said Triplett.

The family also saw the compassionate care Felton receives at Batson Children's Hospital. Diagnosed with mitochondrial myopathy, "he started walking on his tip toes out of the blue," Walker said. "His pediatrician sent him to a physical therapist, and then we saw Dr. Lawrence Haber, a pediatric orthopaedist.”

“It can affect all muscles in the whole body, but it has only affected Felton's skeletal muscles,” said Walker. There is not a cure, and he takes five medicines twice daily and will continue to monitor this for his whole life.

In December, he had major orthopaedic surgery performed by Shrader that involved breaking both fibulas and tibias, rotating them and securing them with plates and screws. Felton was in a wheelchair for eight weeks before moving on to walking boots and crutches.

“He has the best attitude,” said Walker. “He knows it's temporary, and he has not complained one bit.”

Walker and her husband, Chip, serve on the Children's Campaign Steering Committee, which is chaired by Kathy and Joe Sanderson and is the volunteer group leading the $100 million dollar philanthropy effort. In this role, they have the opportunity to encourage other members of the community to give in support of the campaign.

“I'm kind of unique in that I've worked there and have had a chance to see how the gifts are used and that the hospital is such a good steward of those gifts,” said Liz. “I want people to know that we wouldn't have what we have at UMMC without people giving.”