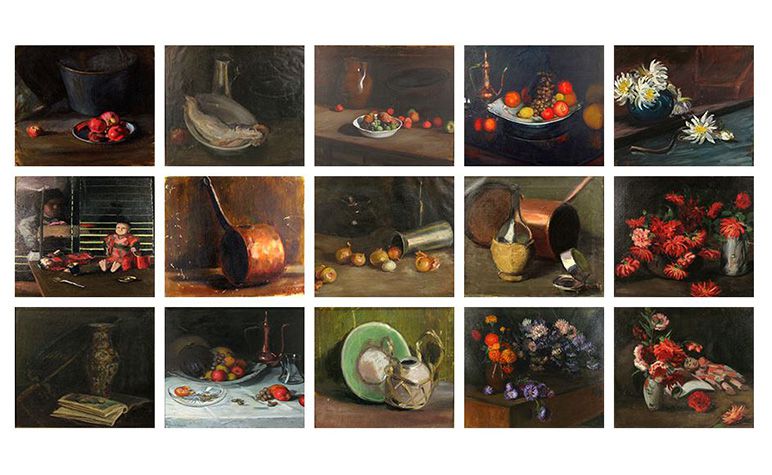 Paintings by Kate Freeman Clark will be among those featured during the Holly Springs Artists Exhibition at the University Museum in 2017. Photo courtesy of KateFreemanClark.org

The University of Mississippi Museum has received a welcome donation to fund 2017 exhibitions of works by artists from the Holly Springs area.

Lester “Ruff” Fant III and his wife, Susan, of Washington, D.C., have given $25,000 to support the museum’s Holly Springs Artists 2017 Exhibition Fund. The purpose of the fund is to display works by the late Kate Freeman Clark and contemporary artist Randy Hayes.

“The Kate Freeman Clark exhibition greatly expands upon a precursor show we exhibited in late 2015 through early 2016,” said Robert Saarnio, UM Museum director. “A significant component of its timing is the concurrent publication this spring by the University Press of Mississippi of the first biography of the artist by author Carolyn J. Brown.”

The Fants’ gift, along with numerous other supporters’ contributions combined, will fund and support all common aspects of museum exhibitions, including packing, transport of the works to the museum, marketing and public relations, including print collateral. Guest curatorial fees, an opening reception and other hospitality, guest lectures and expenses for a Holly Springs Day are also covered.

The museum donation is the latest of such generosity the Fants have shown the university. A major donor, Fant established the Chancellor’s Honors College Artist-in-Residence and the Hubert McAlexander Chair in English.

He said he hopes patrons will visit the small museums and artists’ studios in Holly Springs and other towns near the university to appreciate the artistic context of Ole Miss.

“We made this gift in support of the museum’s outreach to surrounding communities to broaden its audience and to introduce artists outside of the normal repertory of a university museum,” said Fant, an attorney and the founder/chairman of TowPath Partners, a specialty finance company that invests in mature renewable energy projects.

“We believe that museum visitors who experience the exhibit of artists from Holly Springs will enjoy the art, but will also develop an appreciation of the artistic tradition of the area surrounding the university.”

“Mississippians in large numbers have forgotten, or may never have known, the story of one of the state’s great historic artists,” Saarnio said, referring to Clark. “The constraints and challenges she surmounted in establishing a distinguished body of work occurred in an era when female fine artists were anything but the norm.”

A Holly Springs native, Clark took art classes in Memphis, and in 1894 enrolled at the Art Students League in New York under painter and well-known teacher William Merritt Chase. One of Chase’s most successful students, Clark gave up her painting career after experiencing immense sadness from the loss of her teacher, her beloved grandmother and mother in quick sequence.

After Clark’s death, her neighbors were surprised to learn of her gift of paintings for the enjoyment of the people of Holly Springs. A few friends remembered that she had studied art in the Northeast years earlier, but few realized how accomplished an artist she had become.

An internationally acclaimed painter-photographer, Hayes grew up near Clinton. His family later moved to Tupelo, where he finished high school. After attending Rhodes College, Hayes earned a bachelor’s degree in sculpture from the Memphis College of Art.

He then became a VISTA Volunteer in Seattle, where he maintains a home and studio. Hayes also has a home in Holly Springs.

For more about Clark and Hayes, visit http://katefreemanclark.org/ and http://www.randyhayes.net, respectively. To support the University Museum, contact Angela Brown 662-915-3181 or ambarlow@olemiss.edu.

University Museum, at Fifth Street and University Avenue, is open 10 a.m. to 6 p.m. Tuesdays through Saturdays. For more information, call 662-915-7073 or click here to visit the museum website.