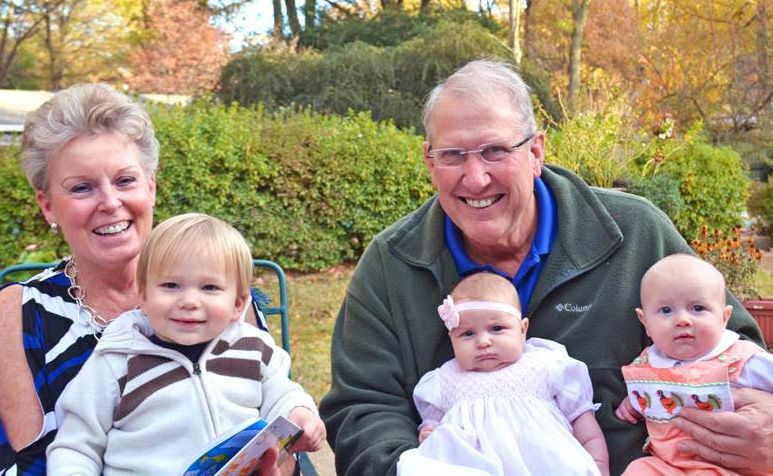 Illinois native Barbara Daush might be working in Arkansas today if the Razorbacks had won their 1961 opening game against Ole Miss. Instead, the University of Mississippi Foundation’s new regional development officer is proud to be a Rebel.

“My sister, who is nine years older than I, wanted to go south to college and decided she would go to either Ole Miss or Arkansas based upon the outcome of the season opener. So, Ole Miss it was!” Daush recalls. “Since I worshipped her and wanted to do everything she did, I went to Ole Miss when my turn came up. Then, my little brother enrolled the following year. We are all avid fans!”

Daush, who graduated from Ole Miss in 1974 with a bachelor’s degree in liberal arts, will be responsible for cultivating and soliciting support from the Memphis, Tennessee, market.  Additionally, her work will help support other development initiatives, including Annual Giving, the Ole Miss Women’s Council and Ole Miss First.

“My main goal is to serve the university in whatever capacity will help her become strong and vibrant for the future,” said Daush, who also holds two master’s degrees from the University of Memphis. “I am a member of a wonderful development team, and I am honored to be a part of the Ole Miss family.”

Prior to joining the UM development staff, Daush served as president of St. Agnes Academy-St. Dominic School in Memphis for 22 years. Previously, she was as an administrator at Hutchison School for four years and a teacher, guidance counselor and administrator for 12 years at Grace-St. Luke’s Episcopal School. Immediately after college, she joined the faculty at Lausanne School, where she taught Latin and world history for three years.

“When I became a grandmother, my priorities in life immediately changed. I realized how much I had missed when my sons grew up, and I knew I wanted to have more time with family,” said Daush, who with husband Michael J. Daush has two married sons and three grandchildren. “One of my main responsibilities at St. Agnes-St. Dominic had been fundraising and I loved that part of the job.  So, I began thinking about working in that field at a place I love: Ole Miss! My dream of working here became a reality and I am truly blessed.”

During her tenure at St. Agnes-St. Dominic, Daush increased enrollment from 632 to 917 (45%); helped transform the campus by leading two capital campaigns that raised more than $20 million in capital funds and $10 million in endowment/planned giving; increased the endowment fund from less than $100,000 to almost $6 million in cash; and increased annual giving from $30,000 per year to over $550,000 per year.

“We are excited to welcome Barbara back to campus, this time as a professional, and we are looking forward to seeing the new vitality she will bring to many of our existing programs,” said Wendell Weakley, UM Foundation president and CEO. “Barbara has deep expertise in development as well as many existing relationships that will prove to be of great value to our work in supporting Ole Miss.”

In her free time, Daush enjoys traveling with her family and siblings, spending time with her grandchildren, jogging, playing the guitar, singing, boating and skiing.