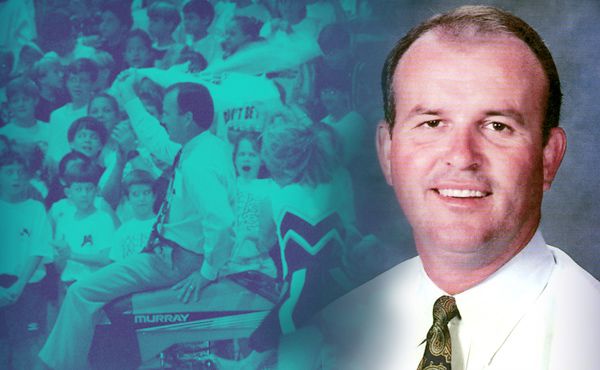 The Sherard Shaw Foundation for Pediatric Cancer Research recently made its first gift in support of the fight to cure children's cancer.

Sherard Shaw Jr. touched the lives of many young people during his coaching career at Jackson Academy.

Family, friends, and former students and players can attest to Coach Shaw's drive to inspire young people to overcome adversity, even when he himself was diagnosed with stomach and esophageal cancer. Although he lost his battle to cancer in 1995, the foundation that bears his name continues to inspire others in the fight against pediatric cancer.

The Sherard Shaw Foundation for Pediatric Cancer Research recently made its first gift in support of the Children's Cancer Center at Batson Children's Hospital.

The Children's Cancer Center is the only center in the state providing comprehensive care for children with cancer or blood-related diseases.

“Everyone involved in the Sherard Shaw Foundation is from the state of Mississippi,” said Bubba Shaw, Coach Shaw's son and member of the foundation's board of directors. “Our first goal, after this first fundraiser, was to do something to help the cause of children's cancer locally. Batson definitely fits our mission.”

“My dad loved his players, and they loved him back,” he said. “He was incredibly upbeat and positive and a great motivator. He was fiercely competitive and appreciated the life lessons that can be learned from playing sports.”

Begun by Bubba Shaw and his wife Jennifer in 2014, the Sherard Shaw Foundation “became official” in June 2015 when they received IRS approval as a charitable foundation. The Shaws anticipate their first event will not only become an annual affair, but also, one of several events held yearly.

Bubba Shaw says that the foundation's inaugural event was even more successful than their board had hoped it would be, “a huge step in the right direction,” that he hopes is a sign of things to come.

Guy Giesecke, CEO of Children's of Mississippi, the parent organization over the Medical Center's pediatric services and clinics, called the donation “a wonderful gift to Mississippi families whose youngest members are fighting cancer.”

Dr. Anderson Collier, associate professor of pediatrics in the Division of Pediatric Hemotology/Oncology, says the Shaw Foundation gift and others like it will allow Children's of Mississippi to accomplish its mission to cure every child of cancer.

“Childhood cancer researchers at our institution and around the world have improved the survival rates for childhood cancer tremendously in the past 50 years through collaborative research, but we have a long way to go. We are thankful to the Sherard Shaw Foundation and all the people who worked so hard to raise this money, which will help us move closer to making our dream of curing childhood cancer a reality.”

The gift is made even more meaningful because it was given in memory of two very special people: Coach Scott Branning, another coach at Jackson Academy, who passed away in 2012 after a fight with cancer, and 5-year-old Campbell Dale of Jackson, who was diagnosed in 2014 with Stage IV Rhabdomyosarcoma. After a long journey and treatment at the Children's Cancer Clinic at Batson, he left this world in September 2015.

“We are just so happy we can do this in Campbell and Coach Branning's memory,” said Shaw. “We want to do anything we can to help children with cancer. As coaches, both my dad and Coach Branning wanted the best for their players, and we do our work now with that in mind, knowing that if my dad were here now, he'd put others before himself and press on.”