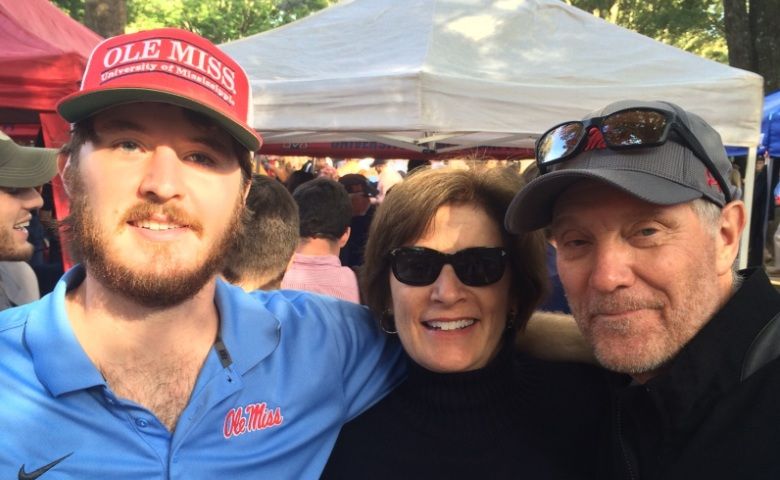 Jane Quinn and Jeff McCarthy of Chicago, Ill., have committed $30,000 to support the Dr. Jesse. L White Jr. Civic Engagement Endowment in the University of Mississippi’s William Winter Institute for Racial Reconciliation, continuing their interest in promoting diversity in education.

“When I read about Dr. White’s endowment for the William Winter Institute, it seemed fitting for our support at Ole Miss,” Quinn said. “And current events in the United States confirm there is no better time to address the issues of reconciliation.”

The endowment was created after White expressed confidence in the Winter Institute’s leadership in tackling problems – both old and new – brought about by difference-based division and discrimination.

Susan Glisson, executive director, of the Winter Institute praised Quinn and McCarthy for their support.

“We are incredibly grateful for this tremendous gift. This investment represents the great hope and commitment of Jane Quinn and Jeff McCarthy to the work of reconciliation and equality, and our work’s success rests in such service and support of others,” she said.

Quinn responded, “Dr. Glisson inspires – to take those steps toward having tough conversations and to be part of something bigger than oneself. She has such a soft-spoken way of making an impact and every conversation with her reveals more about the long-term mission of the William Winter Institute and the meaningful progress she has made in the area of bringing people of communities around a table to promote understanding.

“These are such important topics for people of all ages, race, gender, religion, ethnicity and sexual orientation,” said Quinn. “My hope is that as many Ole Miss students as possible will become aware of the William Winter Institute and the work it represents so that, as individuals, they will consider asking themselves what they can do on a daily basis to improve understanding and relationships among all of their classmates.”

Jane Quinn and Jeff McCarthy’s relationship with UM began in 2011 when their son, Quinn, joined the UM student body as a freshman. He graduated in May with an undergraduate business degree, majoring in real estate and minoring in entrepreneurship. He also was a Provost Scholar.

“Our son, Quinn, was drawn to Ole Miss by the friendliness of Ole Miss students, the physical beauty of the campus and the unique qualities of Oxford. Those descriptions proved to be true,” Jane Quinn said.

Although the Ole Miss parents do not personally know White, they encourage others to join them in the support of the Jesse White Civic Engagement Endowment.

Individuals and organizations interested in contributing to the endowment can send checks with the endowment noted in the memo line to the University of Mississippi Foundation, 406 University Ave., Oxford, MS 38655 or visit online at www.umfoundation.com/makeagift. For more information, contact Denson Hollis, senior director of development for the College of Liberal Arts, at 662-915-5092 or dhollis@olemiss.edu.