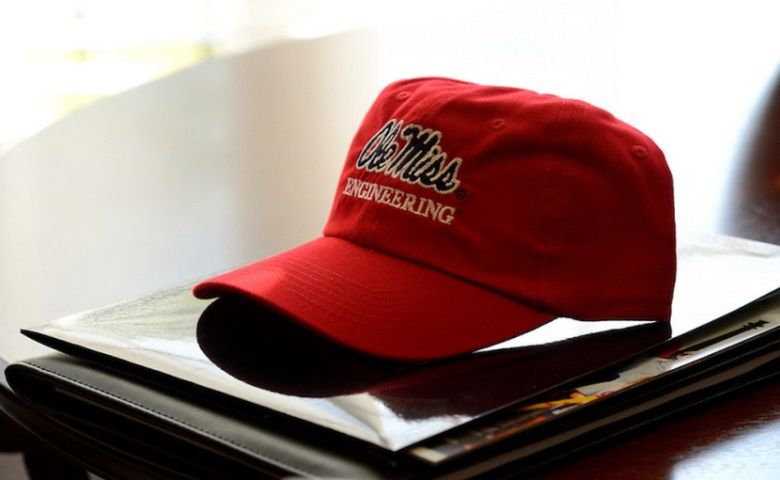 Chuck and Steve Smith (pictured below), sons of the late Charles E. Smith Sr., chair and professor emeritus of electrical engineering at UM, are continuing their father's legacy of giving to the School of Engineering. From 1975 to 2004, Charles E. Smith Sr. devoted his life to the advancement of the electrical engineering program at the University of Mississippi. Years later, the late chair and professor emeritus’ legacy is being maintained by the benevolence of his two sons, Chuck and Steve.

Both Smith brothers earned electrical engineering degrees from the university. Each attributes his career success to their father’s wise suggestions, patient guidance and gentle influence.

“I was all over the map on what I wanted to major in,” said Chuck Smith, president of Guardian Manufacturing Inc. and CEO of Pinnacle Ozone Solutions LLC. “My dad offered some good advice that has served me well to this day. He told me to start off in electrical engineering. I ended up sticking with electrical engineering throughout my college and professional career.” Steve Smith recalled how his father gave him one of the first Radio Shack computers that began his trip down geek lane.

“However, his greatest influence in all my decisions derived from his character and values that over time built the foundation I stand on today,” he said.

By summer of 2004, Charles Sr. was nearing retirement from Ole Miss. The brothers wanted to do something special that would recognize his accomplishments, dedication and tenure. Chuck thought about naming one of the engineering buildings in honor of their dad’s career through financial support of the engineering school.

After agreeing to the terms of the support, Black pressed to get the dedication ceremony done on the Friday before the Ole Miss-Auburn football game. Charles Sr. was an Auburn University alumnus.

“I remember the day Steve and I called Dad to tell him about what we had done,” Chuck said. “He was truly touched by our actions in a way that I will never forget. The building dedicated in his name proved to be the perfect way to honor his service and provide financial support for Ole Miss engineering at the same time.”

Steve Smith said philanthropy is in the family’s “DNA.” His father was a member of the Woods Order Society, the School of Engineering’s largest financial supporter.

“Growing up walking through the doors of Carrier Hall, I always looked for the new donor’s bronze plaques that adorned the entrance, the members of the Woods Order Society,” Smith said. “Many I knew as my father’s colleagues and neighbors. This instilled in me a vision of one day being a member and having the ability to give back.”

Over time, members of the Smith family have participated in supporting many initiatives through the UM Foundation for the School of Engineering. They also give as much time as they can through participation with the Engineering Advisory Board, the Vision Council, guest speaking and sending company employees to UM for consulting.

“I joined the Woods Order Society years ago and am still a proud member today,” Steve said. “I strongly encourage all alumni to join, as it provides direct funding to the dean for student activities where you see an immediate return on your investment through the student projects you support.”

In his dual roles, Chuck’s time is divided between managing two growing companies and product development for industrial applications. Steve became a part owner of GMI in 1999. Together, the Smiths have grown into C&S Consolidated that holds GMI, Pinnacle Ozone Solutions LLC, Guardian Creative Integration LLC and several other entities, all with a foundation based on Control System Integration and delivering ozone generation systems and products worldwide.

“We serve a vast array of industries, including aerospace, entertainment, municipal, agricultural, material handling, housing, oil and gas, solar energy and others,” Steve said. “In doing so, and being a small business, I wear many hats, including vice president, CFO, abnormal physiologist and, at times, janitor.”

The brothers have many fond memories of Ole Miss and their father.

“As a child, I remember going to work with Dad to see all of the things they were making in the fab shop. It was fascinating,” Chuck Smith said. “I remember guys like Ken Pruitt and Ray Cronin that would show me how to use the equipment and make things. I remember selling programs and Cokes at all of the Ole Miss football games.”

As a student, Chuck remembers the nights studying with others in the basement of Carrier Hall.

“Dad would stop by around 9 or so and see what problems we were having,” he said. “He’d never tell us the answer, but would give us just enough hints to figure it out on our own. I will always treasure the memory of having my Dad as a professor. He had a way with students that was genuine and caring. It didn’t matter who you were or where you were from. He would spend the time with you to ensure you got it.”

“But when our heads were bruised from the wall, Dad was among the professors who would stop in and lend a hand – many times extremely late at night,” he said. “Many of the professors are still teaching today and through the EAB meetings I have with them, I still see the same passion for the students.”

Chuck is most proud of his achievements as an entrepreneur.

“Starting, developing and running a multimillion dollar organization from the ground up has been a rewarding experience that I feel truly blessed to be a part of,” he said. “This March, our first company, Guardian Manufacturing, celebrates its 22nd year in business. By surrounding myself with a very talented group of engineers and technicians, our companies have been successful in many areas of business.”

“It’s great to have family at your side that you admire and trust,” Chuck said.

Steve feels “blessed” to be a part of an organization that continually provides a means to achieve more on the next project.

“It never ceases to amaze me the opportunities that come our way,” he said. “Being a control system integrator is awesome, but my highest achievement is learning a balanced life with God as my focus helping me lead my family and enjoying and helping others.”

Chuck and his wife, Tami, a 1987 UM education graduate, have three children. Hannah is studying accounting at the University of Central Florida. Sarah is a pathology major at Adventist University of Health Science. Kyle is in 11th grade and plans to be the couple’s first child to attend Ole Miss is 2016. When not working, Chuck enjoys flying, golf and fishing.

Steve and his wife, Karen, married while he attended UM. Brad, and his wife, Michelle, have two children, Wyatt and Levi. The grandparents love travel and spending time with their grandchildren.

Individuals and organizations can make gifts to the Woods Order Society by sending a check with the fund noted in the memo line to the University of Mississippi Foundation, 406 University Ave., Oxford, Miss. 38655; visiting online at www.umfoundation.com/makeagift; or contacting Kevin Gardner, development officer for the School of Engineering, at 662-915-7601 or kevin@olemiss.edu.