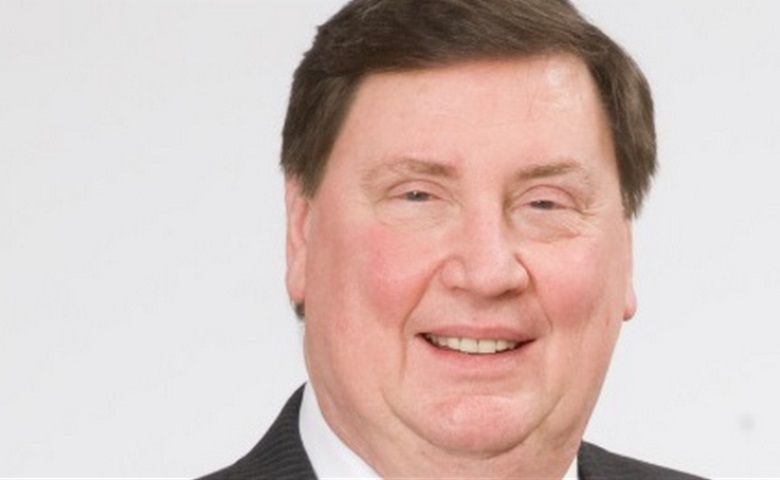 Former Speaker of the Mississippi House of Representatives and successful attorney Tim Ford, who lived in Oxford and earned B.A. and J.D. degrees from UM, passed away Feb. 27 of a heart attack.

The University of Mississippi is mourning the loss of dedicated alumnus Tim Ford – who was a longtime speaker of the Mississippi House of Representatives, successful attorney and strong proponent of education – and students are being encouraged to expand his rich legacy of public service.

The Tim Ford Public Service Scholarship Endowment, created in 2011 to pay tribute to Ford in perpetuity, continues to grow, with the first scholarships to be awarded for the university's 2015-16 academic year. Ford, who lived in Oxford and earned B.A. and J.D. degrees from UM, passed away Feb. 27 of a heart attack.

"Tim Ford had a distinguished career serving his community, state and university," said Richard Forgette, interim dean of the UM College of Liberal Arts and former chair of the Department of Political Science. "The Tim Ford Public Service Scholarship will help young people pursue internships in our state legislature and government. It is a fitting legacy to Tim's work."

In 2011, the Department of Political Science established the Tim Ford Public Service Scholarship to honor the graduate's public career as speaker with gifts from Balch & Bingham LLP, a 250-member law firm where Ford was senior partner and executive committee member, as well as from other colleagues and friends. The intent of the scholarships is to help students interested in working in state government in Jackson by helping offset some of the expense of a semester internship.

"Tim Ford was an exceptional supporter of the Department of Political Science," Bruce said. "He gave not only financial support but also commitments of his time to work with our students interning in state government in Jackson. His enthusiasm and interest touched the students he worked with each year."

"Tim was greatly respected on both sides of the aisle – Republican and Democrat," Forgette said. "His public service made a great difference, not only in terms of his community but also to the state of Mississippi and the University of Mississippi."

At the time he received the award, Ford said this about his alma mater: "At Ole Miss you meet the future leaders of the state. The friends and contacts that you make at Ole Miss will determine how successful you are in your future because you are literally going to meet everyone who runs the state."

Ford earned his undergraduate degree in 1973 and his law degree in 1977. He practiced law with Carnathan and Malski and was an assistant district attorney until his election to the Mississippi House of Representatives at age 27. He was elected speaker of the House and served 16 years in that leadership position until his 2004 retirement. He holds the distinction of being the second-longest-serving speaker in Mississippi history.

During his tenure, Ford was known for his ability to hold the House together, despite partisanship pressures and a newly diverse chamber. He was recognized as an effective leader who left the Mississippi Legislature stronger than when he arrived, Bruce said.

Ford was the first House speaker in the nation to receive the William M. Bulger Excellence in State Legislative Leadership Award. The honor is conferred every other year on a state legislative leader who has worked to preserve and build public trust in the institution of the state legislature and whose career embodies the highest principles of leadership. The leader was also named recipient of the Mississippi Supreme Court Chief Justice Award in 2003.

"The Tim Ford Public Service Scholarship will help University of Mississippi undergraduates learn about their state and about the state Legislature, a benefiting recognition of Tim Ford's career," Forgette said. "These scholarships will contribute to the academic experiences of future undergraduates at the university."

Ford's family chose the Paris-Yates Chapel on UM's Oxford campus as the site of his March 3 memorial service.

Individuals and organizations can make contributions to the Tim Ford Public Service Scholarship by sending a check with the fund noted in the memo line to the University of Mississippi Foundation, 406 University Ave., Oxford, MS 38655. Contributions also can be made online at http://www.umfoundation.com. For more information, contact Denson Hollis, senior director of development for the UM College of Liberal Arts, at dhollis@olemiss.edu or 662-915-5092.