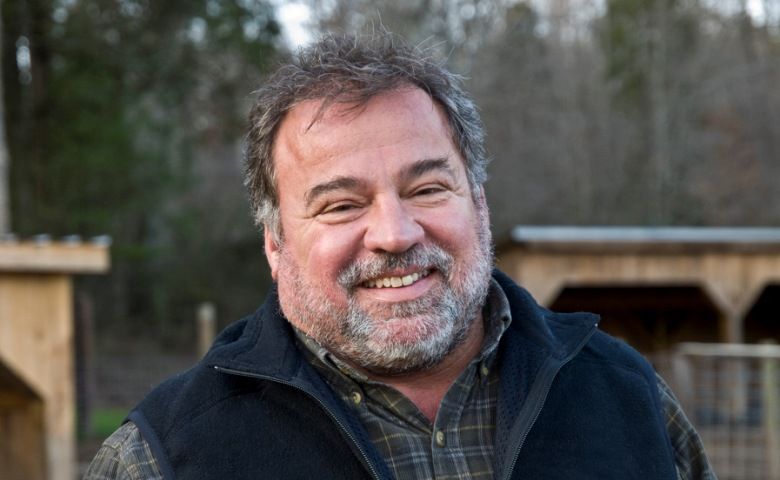 Nick Pihakis, who founded Jim 'N Nick's Community Bar-B-Q in Birmingham in 1985, and his wife Suzanne have contributed a major gift to support the Southern Foodways Alliance, a non-profit institute in the University of Mississippi's Center for the Study of Southern Culture.

Nick and Suzanne Pihakis of Birmingham, Alabama, have made a transformative gift that endows the Pihakis Foodways Documentary Fellow, a filmmaking and teaching position at the University of Mississippi and its Southern Foodways Alliance. Thanks to their generosity, stories of the South’s diverse food cultures will be filmed and produced for posterity and shared with students, researchers, and the general public.

For more than a decade, leading up to this major gift, Nick Pihakis, who founded Jim ‘N Nick’s Community Bar-B-Q in Birmingham in 1985, has generously underwritten the documentary work of the SFA, a nonprofit institute of UM’s Center for the Study of Southern Culture.

“Nick and Suzanne have long invested their time and money in the cultural and culinary wealth of the American South,” said SFA director John T. Edge. “With this gift they help ensure that this important work will continue. This watershed gift will resonate for a long, long time.”

Pihakis, who established the business with his late father, Jim Pihakis, has long focused on honest barbecue, community service, and locally-sourced crops and goods. A passion for making good food accessible and affordable has driven Jim ‘N Nick’s, led by the younger Pihakis, to become one of the nation’s most respected restaurant groups.

Endowed positions such as this one require a $1.5 million commitment. With investment income from the Pihakis endowment, UM will recruit a documentary fellow to direct films for the SFA and teach documentary classes on the Oxford campus. The start date for the position is expected to be fall 2015. SFA has long worked with Andy Harper and Joe York of the Southern Documentary Project to make award-winning documentary films, Edge said. This gift will bring a second filmmaker partner to join the SFA team, producing documentaries and teaching students.

Pihakis began contributing to UM in 2004, when the SFA developed a year of foodways programming focused on the state of race relations in the American South. When the SFA staged its Summer Symposium in Birmingham, Pihakis marshaled the resources of his rapidly growing company to make the event a success. Soon after, he developed an innovative philanthropy plan for supporting SFA documentary initiatives, Edge said.

“I thought that what the SFA was doing – telling stories about fried chicken cooks and oystermen and pig farmers and vegetable farmers – was really important,” Pihakis said. “Through food and through hospitality, our company shares those stories. And I think it’s important that our company invest in the documentary work that the SFA does.”

The first investment Pihakis made in 2004 was a commitment to SFA of $2,500 per store annually. Those resources, which are contributed by local owners in markets from Alabama to Colorado, top $75,000 each year. Using Pihakis’ innovative philanthropic strategy, Jim ‘N Nick’s has already given more than $500,000 to support SFA work at the university. Going forward, Edge said the future looks bright for this cultural partnership because as Jim ‘N Nick’s grows over the next few years, its ongoing SFA contribution will also grow in importance and impact.

Pihakis is proud of this gift. And he’s proud of his relationship with the SFA.

“Working with John T. Edge and his colleagues, I learned so much about the culture of food,” he said. “I recognized that the stories they tell of cooks and farmers are deeply important to my identity and to the identity of the South as a whole. My intent is that our gift ensures that great storytelling work continues for generations to come.”

To make a gift to support the Southern Foodways Alliance and the Center for the Study of Southern Culture, contact Nikki Neely, director of development, at nlneely@olemiss.edu or 662-915-6678 or visit online http://umfoundation.com/makeagift/.

The Southern Foodways Alliance documents, studies, and celebrates the diverse food cultures of the changing American South. The SFA sets a common table where black and white, rich and poor – all who gather – may consider our history and our future in a spirit of reconciliation. A member-supported nonprofit institute of the Center for the Study of Southern Culture at the University of Mississippi, the SFA sponsors scholarship, mentors students, stages symposia, collects and shares oral histories, and produces and publishes books, films and podcasts. For more information, visit http://www.southernfoodways.org and follow on Twitter @Potlikker.